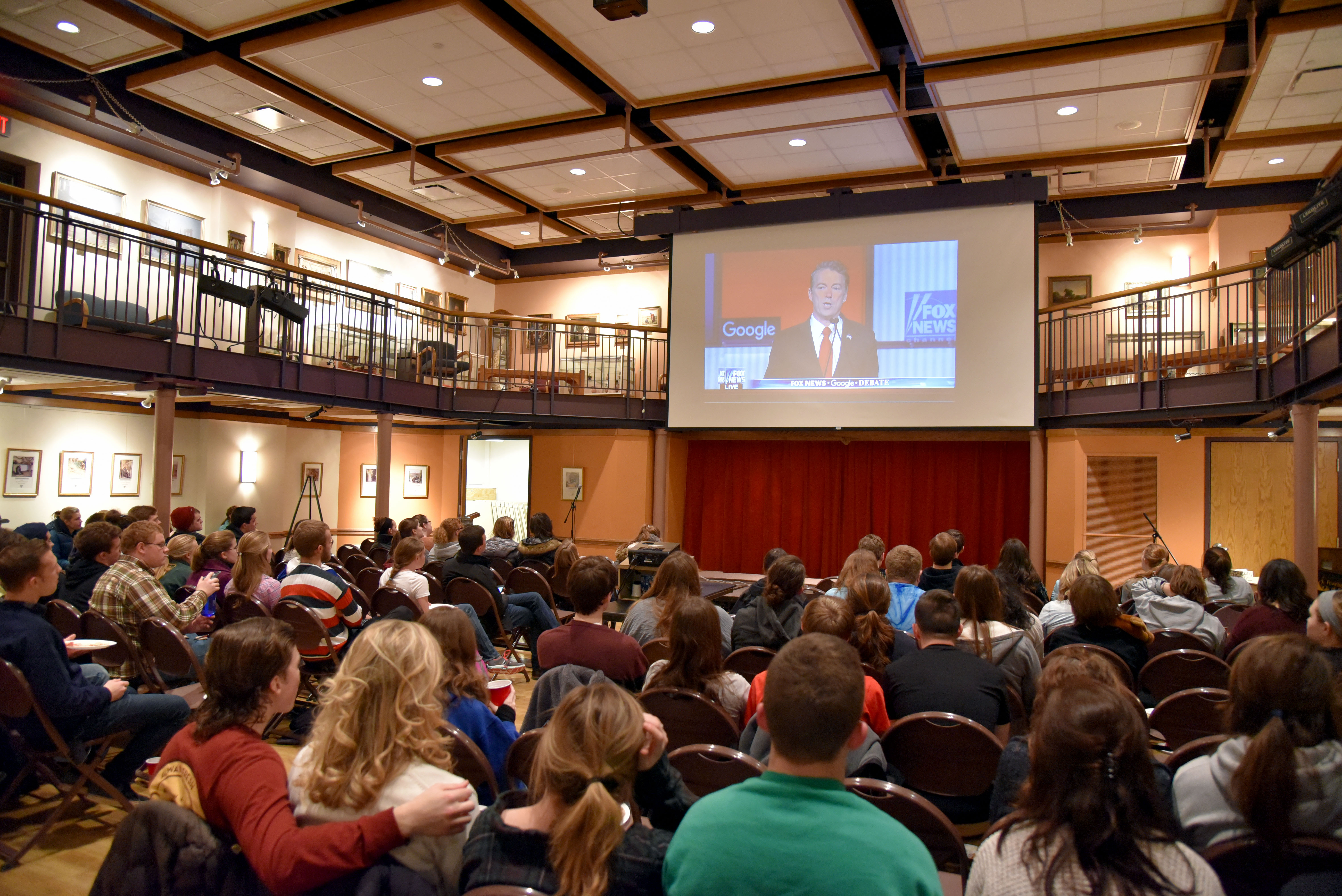 Students were animated as the debate began. They ate pizza and donuts and laughed out loud at some candidates’ humorous comments.

Sen. Ted Cruz mocked Donald Trump, saying, “Let me say I’m a maniac and everyone on this stage is stupid, fat and ugly. And Ben, you’re a terrible surgeon.”

Students appreciated the event as a great way both to get involved in the election process as well as build community at Franciscan.

“It’s awesome that Franciscan is hosting this,” said freshman Jim Mello. “It’s cool that we all can experience it together and it fosters conversation.”

During a break in the debate, YAF president Tommy Valentine encouraged students to vote in the upcoming presidential primaries. He also suggested that if they live in overwhelmingly liberal states such as California or New York, to use their vote in Ohio, a swing state. A swing state is one in which no party is especially expected to win.

Alyssa Buchheit, a freshman and a resident of Maryland, said she had already applied for her absentee ballot.

“I’m going to vote because I want to carry out my duty as an American citizen and do my part to put someone in the White House who wants to uphold the Constitution, protect our country and support the sanctity of life and turn around our country from the terrible direction it has been heading,” she said.