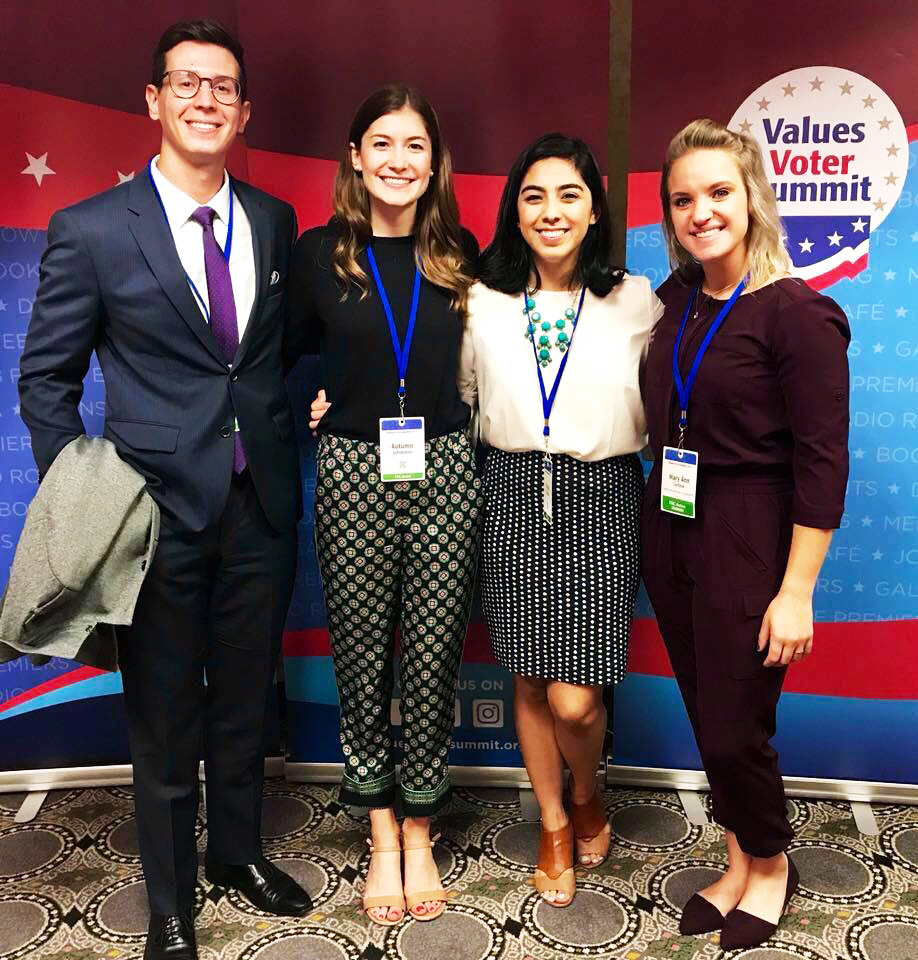 The trip to the Values Voter Summit was hosted by Young Americans for Freedom, who received a scholarship from the Family Research Council, the group that hosted the conference, which covered all registration costs.

During the three-day conference, students were able to attend several workshops and plenary sessions, where speakers such as House of Representatives Majority Whip Steve Scalise and “Duck Dynasty” star Phil Robertson spoke on pertinent issues to the conservative movement.

The most anticipated speaker was President Trump, who did not confirm his attendance until just before the conference. During his speech, Trump reaffirmed his administration’s commitment to protecting life, the family and religious liberty, which elicited several rounds of applause from the audience.

“In America, we don’t worship government – we worship God,” said the president as audience members rose to give him a standing ovation.

Sophomore John Mayer, a member of the group of Franciscan students attending the summit, said the president’s comments zeroed in on one of the bigger problems in politics today.

“I think that making politics and government into their own type of god has been a big problem recently and has hurt the people in the process,” said Mayer.

Attendees also had several opportunities to meet and interact with the speakers. Several Franciscan students were able to get photos with noted pro-life advocate Lila Rose, among others.

When they weren’t attending the workshops or plenary sessions, students were able to explore the nation’s capital. Because the first day of the conference coincided with the 100th anniversary of the miracle of the sun in Fatima, Mayer attended a procession with Cardinal Donald Wuerl to commemorate the event.

Transfer student Megan Crowell was visiting Washington, D.C. for the first time and enjoyed visiting the various monuments with junior Chloe Batara. “It was a lot of fun being in our nation’s capital and seeing all the things I’ve only read about,” said Crowell.

Batara said that she in not extremely interested in politics, but, “I came because I think it’s important to be informed with rational arguments on the main issues of the attack on the family that’s prevailing in our culture.”

2017-10-23
Previous Post: Critic’s Corner Column: Does the chick flick fulfill our desire to see more?
Next Post: Culture illuminated by of love of incarnation