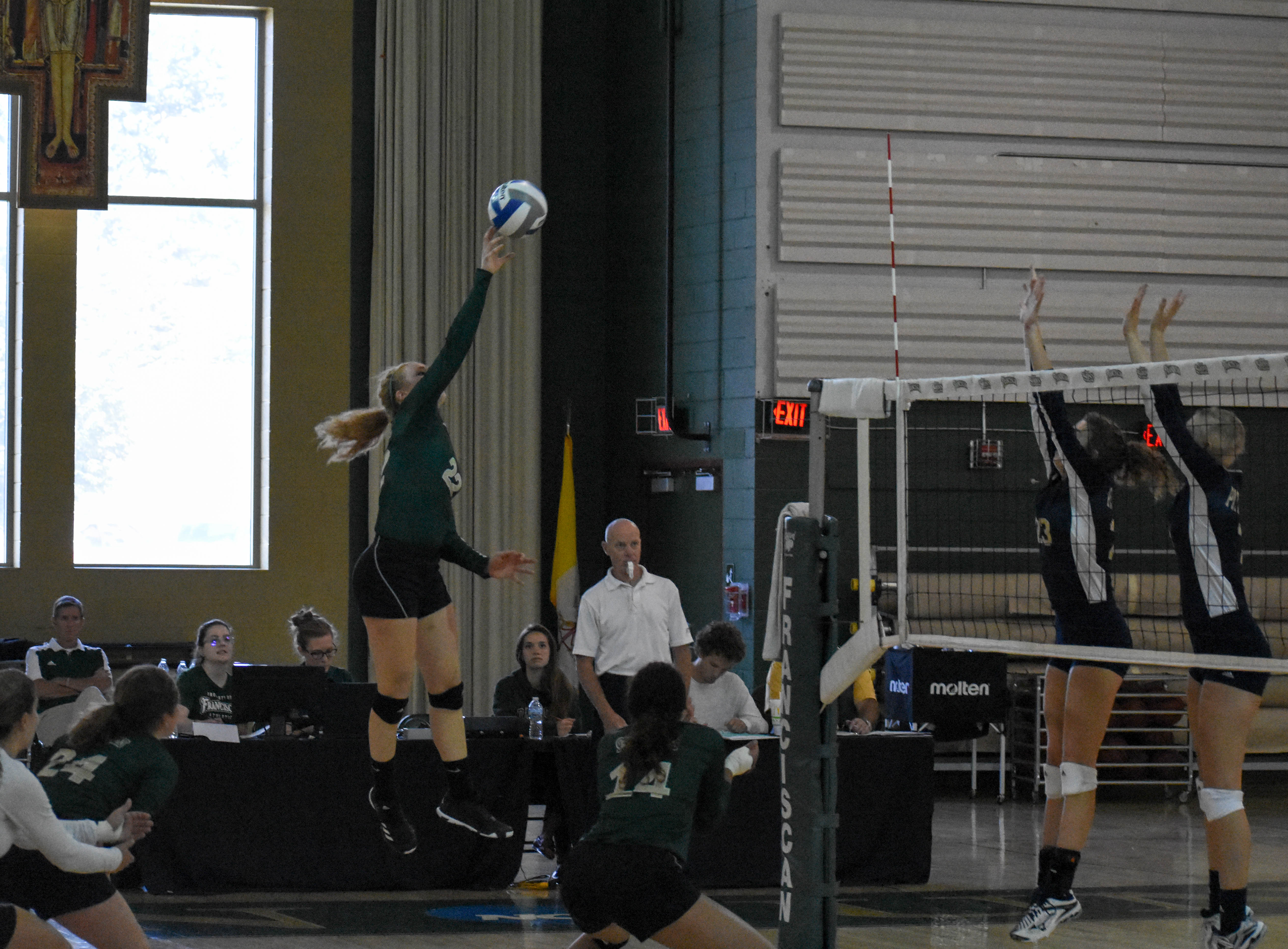 The action never stopped in Finnegan Fieldhouse on Sept. 30, where after five very close sets, the Lady Barons emerged victorious in their match against the Pitt.-Bradford Panthers, by a close 3-2 score.

The Lady Barons held the lead for the majority of the first set, with the Panthers following closely behind. Eventually, the visitors came back and tied the set at 21-21, and pulled ahead just enough for the 26-24 set win.

Sophomore outside hitter and defensive specialist Maddie Raffa began the second set strong, with two beautiful serves, including an ace, putting the Lady Barons up 3-0. The Panthers battled back, and eventually tied the game up at 10-10. This was the only time when the Lady Barons experienced a deficit in the set, as they went on a 12-4 run immediately afterward. The Panthers answered it with a 7-1 run of their own, but it wasn’t quite enough, and the Lady Barons won the set 25-21, leveling the match at one set apiece.

The third set was when competition reached its climax. The Panthers started out with a 4-0 lead, but were swiftly answered by the Lady Barons, putting the game at a tie of 9-9. After this, the lead changed no less than eight times, each side trying to maintain the upper hand. The Panthers finally pulled ahead just enough to take the set 25-23.

Franciscan’s team performed like a well-oiled machine in the fourth set. They began with a blistering 14-5 lead, and didn’t let up for a second. The Panthers answered back with plenty of points of their own, but they never saw a lead, or even a tie. The Lady Barons ended on a kill from freshman setter and defensive specialist Sydney Riley, followed by another from Raffa, sending the match to a decisive fifth set with a 25-20 fourth set win.

Once again in the fifth set, Franciscan held a nearly constant lead. The Panthers had an early kill that tied the set at 4-4. This was quickly answered by a block from senior right side hitter Monica Rigaud, and junior outside hitter Maria Ciola. This moment marked the onset of an 11-5 run, one that took Franciscan straight to the finish line, with a score of 15-9.

The Lady Barons will not see another home game until Oct. 7 at 2pm, when they will face off against Washington & Jefferson.