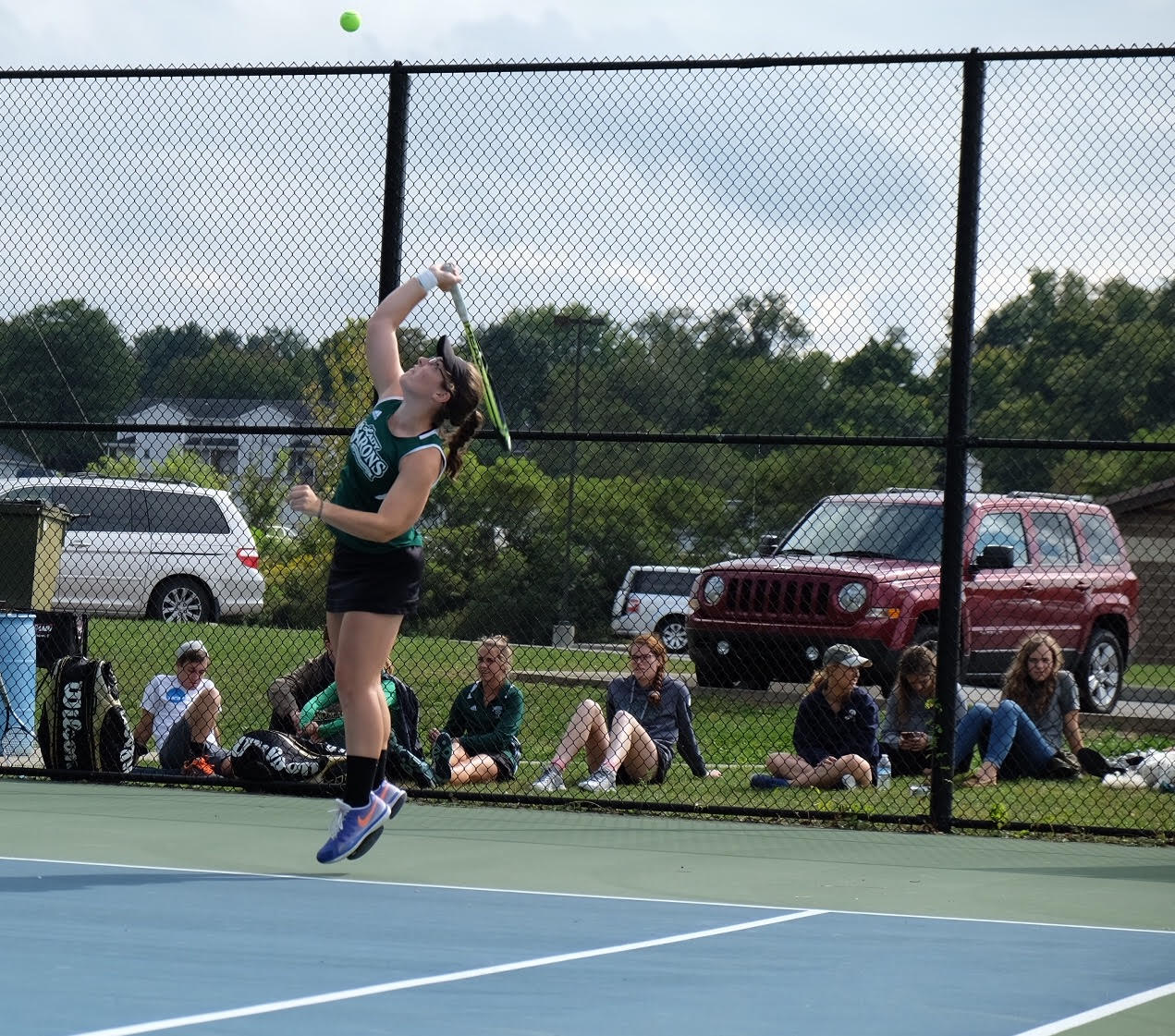 Franciscan University’s women’s tennis team notched their eighth straight conference win of the year, defeating opponent Pitt.-Greensburg on Sunday. By a score of 7-2, the Lady Barons displayed the aggression that Head Coach Jeremy Ellis hopes to see continue as the team makes the transition to the postseason.

Freshmen pair Madelyn Conrad and Grace Hammel dropped only a single game during their dominant 8-1 No. 2 doubles win. The duo remains undefeated in conference, and has dropped only six total games combined in their last three doubles matches.

At No. 3 doubles, experienced pair Taranee Karimpour and Maggie Vander Woude registered a win typical of their play as of late. Karimpour’s consistent groundstrokes, complemented by Vander Woude’s confident net play, led to an assertive 8-1 victory.

The Lady Barons looked fully rested when play resumed, as Hammel, Haddad and Vander Woude dropped only a game each at No. 3, No. 4 and No. 5 singles.

After dropping her first set 6-2, Conrad roared back at No. 1 singles, driving groundstrokes closer to the baseline and putting away her volleys, breaking serve to take the second set, 6-1. She took a close third-set tiebreak 11-9, giving the Lady Barons their sixth match win of the day.

The seventh point belonged to Binette, as she overcame her tough doubles loss to display typical baseline consistency. Her opponent had no answer for the sophomore’s forehand, and Binette has a 6-4, 7-5 win to show for it.

Senior Erin Coyne lost her first conference match in her four years as a Franciscan University athlete, surrendering a tough three-set loss, 3-6, 6-3, 7-10. Ellis had only positive things to say about Coyne’s contributions to the team after the match, however; he is counting on strong tennis from Coyne to open conference playoffs in the weeks to come.

After their win, the Lady Barons next take on West Liberty University on Saturday, Oct. 8, at 1:00 p.m.