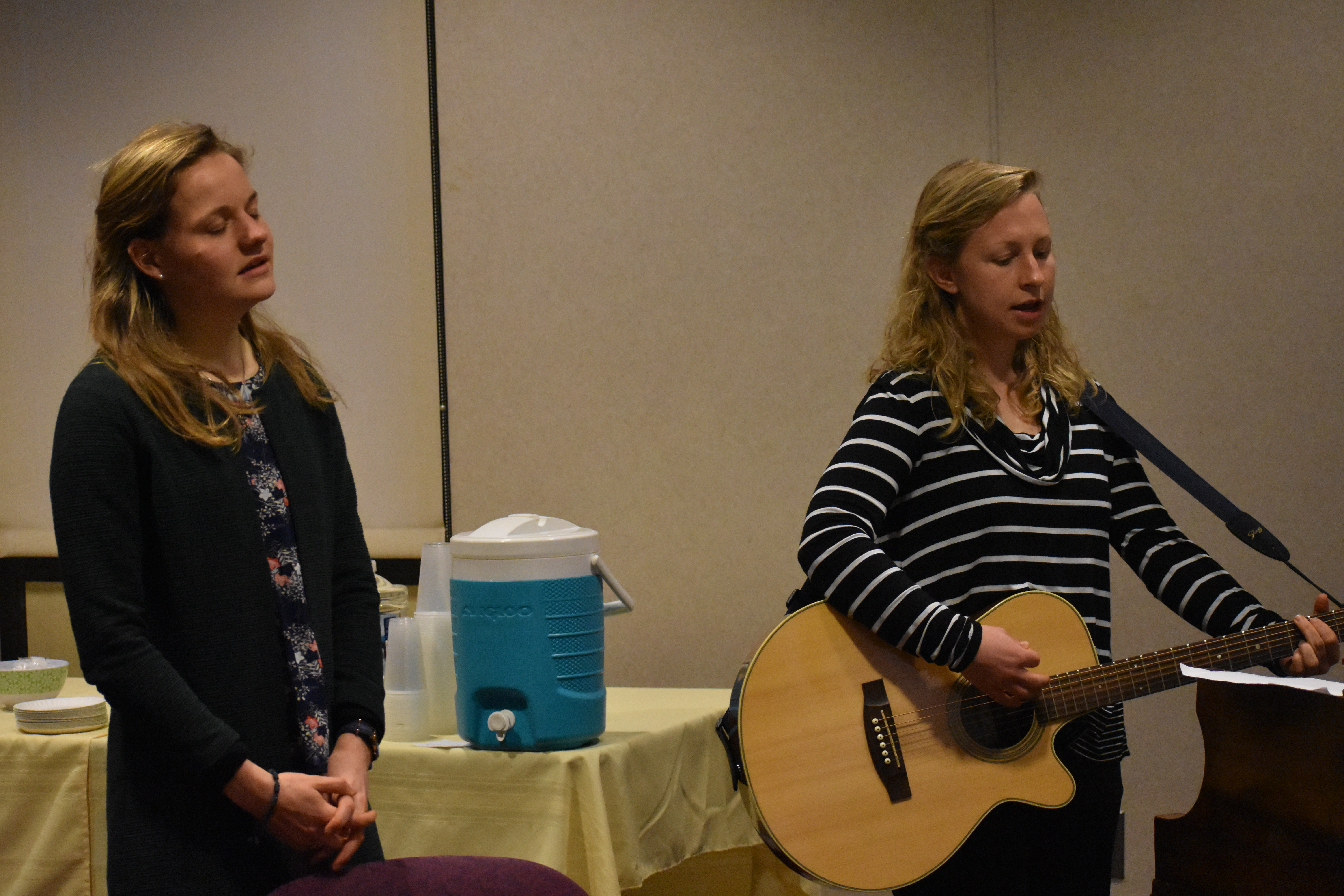 On April 11, Women’s Ministry hosted graduate students Chiara Van Voost and Emma Lindle to lead a discussion about the importance of glorifying God through the theology of food.

Entitled “Life After the Caf: Theology of Food & the Art of Cooking,” the talk included Van Voost and Lindle’s experience with love for cooking as a way of bringing people together.

“Food is a beautiful thing; it brings people together and creates community,” said Voost. “The point of food as with everything is meant to bring us closer to God and one another.”

Lindle said, “It’s not meaningless to think about food. God gave it as a gift to us.”

Lindle explained how one eats three times a day and how it is an opportunity to “slow down, to make time to spend with people verses just stuffing our faces with what’s convenient because we’re in a hurry.”

The speakers showed a short video of an interview with Sister Agnes Therese Davis, TOR, who emphasized the virtue of self-mastery. “The heart of self-mastery is self-surrender,” she said.

Self-mastery, said Davis, can become tied up in different kinds of control, but one must learn to do it the right way. “I fast because it’s about glorifying God, not because I’m trying to be good.”

Davis also shared that there is a true sense of morality with food. The way in which each person treats things which he or she has power over is how he or she will treat people. “We are called by God to care for his creation, which includes us. We all have been given a body, and we must take care of it,” said Davis.

Women’s Ministry will partner with Men’s Ministry for a talk titled “Under Pressure: Dating at Franciscan” on April 18th in the Gallery at 7:30 p.m.

2018-04-23
Previous Post: $1,000 reallocated for SFL for camera purchase
Next Post: Convert from Islam shares insight about Islam perspective of God