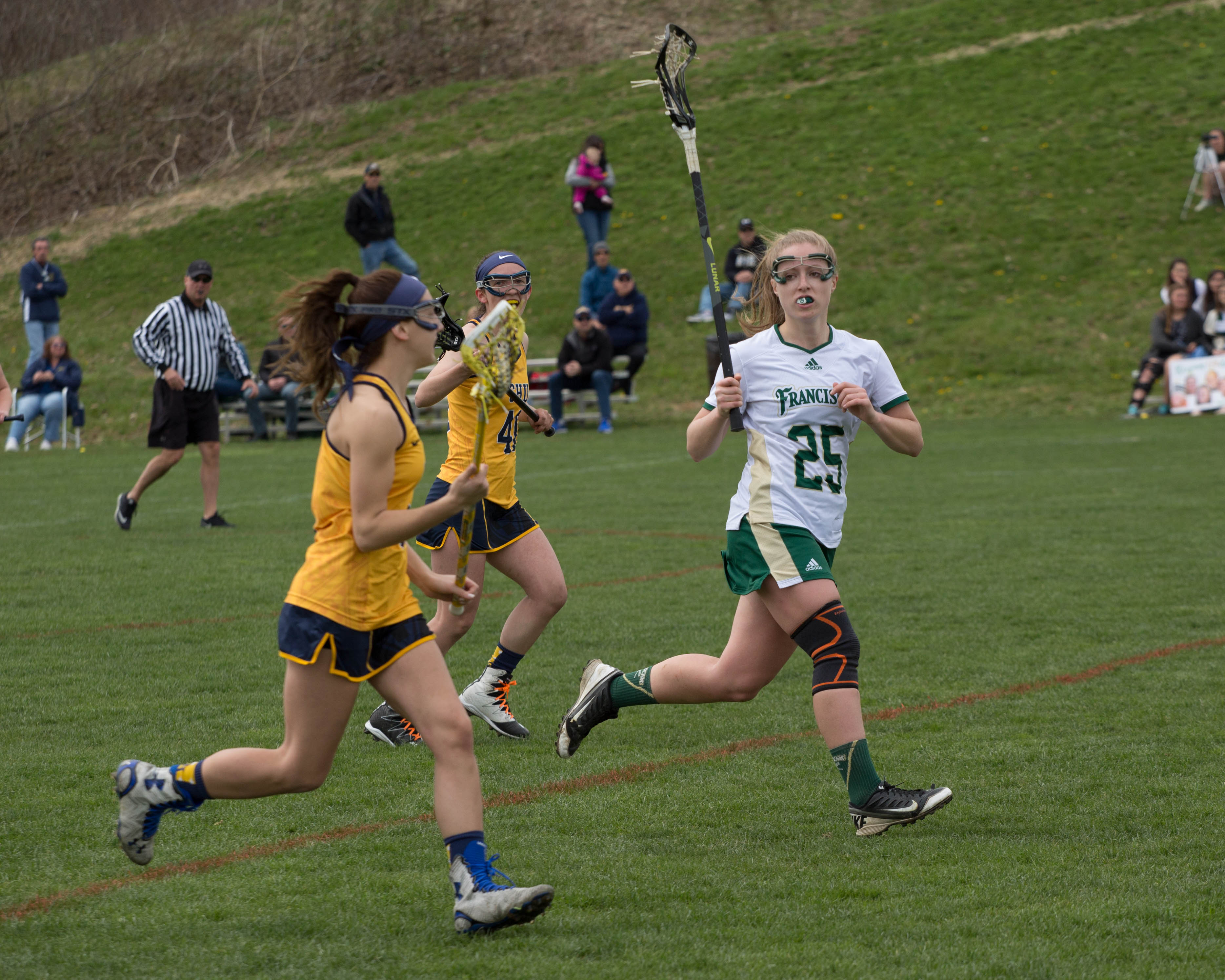 Under cloudy skies on April 21, the Franciscan University women’s lacrosse team suffered a 21-7 loss against the Siena Heights Huskies at its 1 p.m. Senior Day game. The score sets them at 6-6 on the season.

The game was all Siena for the next ten minutes, with several fumbles from and fouls on the Lady Barons, before senior midfielder Mary Krolicki took a free position shot to bring Franciscan back into the game at the 9:58 mark.

Krolicki followed with another quick shot into the net less than a minute later, assisted by Wonderly, putting the score at7-4, still in favor of Siena.

The Huskies commanded all offensive activity for the next several minutes, until McDonald broke to the openfield for a score, assisted by junior attacker Treise McCarthy, setting the scoreboard 10-5 at the end of the first half.

Franciscan started out the second half strong, with Krolicki racking up another goal with a little help from Hilbert to counter the Husky’s early unassisted score at 28:41.

The Lady Barons struggled to keep up the momentum, however, and found themselves lagging during the second half as the Huskies racked up points. As the minutes ticked by, Siena reached 21 to Franciscan’s 6.

In the last three minutes of the game, Franciscan scored one final time, courtesy of Hilbert, assisted by McCarthy. The final goal ultimately put a 21-7 loss into the record books for the Lady Barons on the season.

This was the Lady Barons’ last home game of the semester.

2018-04-27
Previous Post: Professor Philip C.L. Gray: a man of diversity
Next Post: Class of 2022 slated to be largest in university history