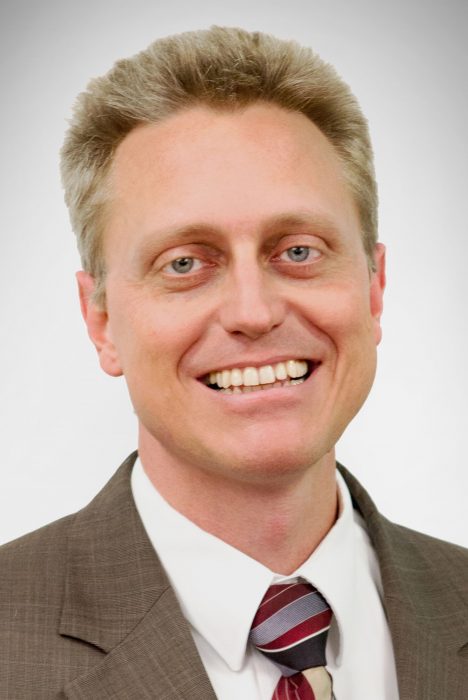 “Franciscan’s not something I foresaw, but it’s been a fantastic blessing to teach here for 15 years, and I wouldn’t want to teach anywhere else,” said theology professor John Bergsma.

Scripture scholar and father of eight, John Bergsma holds a doctorate in Christianity and Judaism in antiquity from the University of Notre Dame, and he has spent the past 15 years inspiring his students in their own biblical studies.

Bergsma came to Steubenville in 2003 to be Scott Hahn’s research assistant. Soon after, Franciscan University of Steubenville lost its Old Testament professor, so he threw his hat into the ring. Bergsma was hired in the summer of 2004, began teaching that fall and has been a favorite professor at the university ever since.

Bergsma’s strong Scriptural knowledge is no surprise to those who know his history. Born into a family in the Dutch Calvinist denomination of the Christian Reform Church in North America, Bergsma was influenced by his preacher father and faithful, Bible-loving mother. By the time he was 12, Bergsma’s mother had him on a devotional regime in which he read the entire Bible cover to cover yearly.

Upon graduating high school, Bergsma felt a call to preach, so preach he did. After seminary, he began to pastor a church. It was in his pastoring that Bergsma began to have doubts about his Protestant faith.

Bergsma said that he presented the Gospel as salvation by faith alone, but “that became a stumbling block when it became difficult to explain to people why a life of discipleship was necessary if all it is was being saved by faith.” Likewise, he noticed that sola scriptura did not make sense because there were so many different denominations in his area all based on the one Bible, and some interpretations were even leading to evil effects in people’s lives, he said.

“That made me wonder if Jesus hadn’t left us something more than just Scripture in order to stay unified and keep the true faith,” he said.

Bergsma shelved his doubts when he went to Notre Dame to pursue his doctorate, but it was here that his conversion came to a head.

“I ran into really articulate, well-educated, devout Catholics for the first time in my life. People who were Catholic who could explain why they believed what they did believe. … Also, Catholics who could defend their faith from Scripture — never encountered that before,” he said.

Bergsma befriended these faithful fellows, and one close friend suggested they study the apostolic fathers together.

“When I read the fathers, I quickly was able to realize that they thought and acted like Catholics and not like Protestants,” said Bergsma. “All I wanted to do was be an original Christian, be like an ancient Christian and hold the same faith that the first ones did. So, when I saw that they believed in the Real Presence, I knew I had to convert.”

Bergsma entered the Catholic Church in February 2001. His wife Dawn entered in the same confirmation group as him, though her faith journey brought her along a Marian route to the church.

Now, the Bergsmas have eight children and are digging deeper into their faith. The age range of the Bergsma kids is seven years old to 24, and the oldest four Bergsmas are enrolled full time at Franciscan.

Much of Bergsma’s time is spent growing in faith or leading others in their growth, but he also makes time to indulge his unique quirks. Both Bergsma and his wife enjoy watching both science documentaries and Bollywood films. “We’re big fans of Shah Rukh Khan, who’s kind of like the Tom Hanks of Indian cinema,” he said. He also does the family’s grocery shopping and most of the cooking in the house.

Following this semester’s end, Bergsma will be going on sabbatical, and he is looking forward to the studies into which he will be able to delve. “What I’m looking forward to most is being able to be quiet, and to read and write — in quiet — and think for longer than 30 minutes at a time,” he said.

“I never had any plans or designs to teach at Franciscan. I didn’t even know what Franciscan was until I moved here,” said Bergsma, “but it’s been very providential, and it’s been a very good fit, and I’ve always had a great relationship with the students here and felt like they were kindred spirits.”