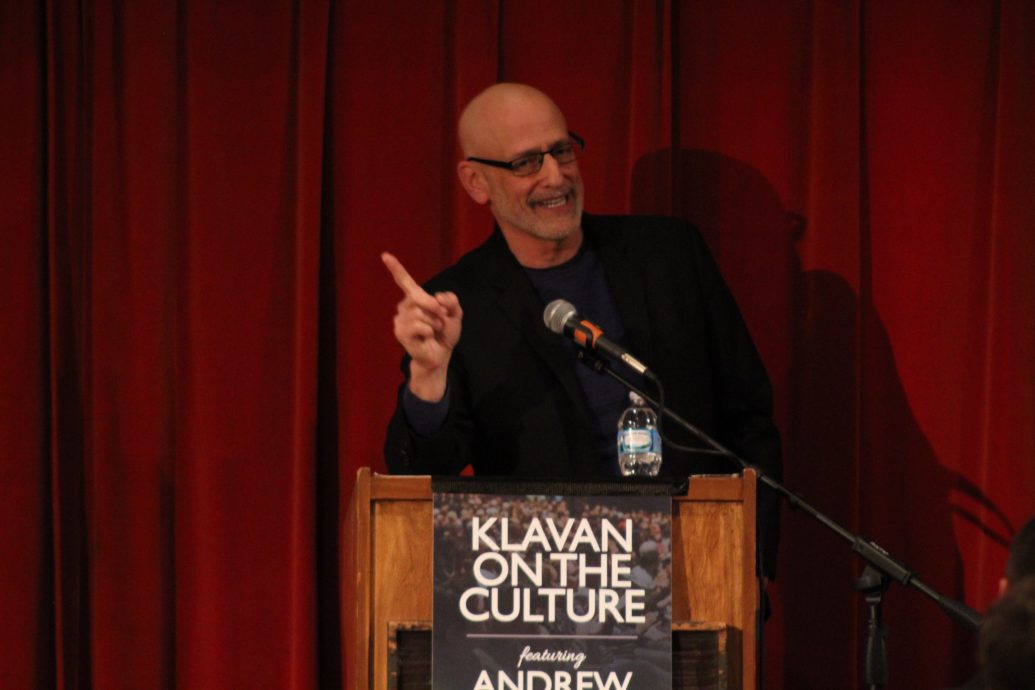 A well-known political commentator spoke in the Gentile Gallery on Monday, March 18, to explain the necessity of balance in the corrupt arena of modern-day journalism.

Andrew Klavan, political commentator, screenwriter and novelist, spoke levelly to his listeners, eliciting laughs every couple of minutes from the crowd with his witty perspective on modern journalism. After his talk entitled “It’s All Fake News,” he wrapped up the night with a Q&A session.

“The subtext of this talk about American journalism is corruption,” began Klavan. “My worst trait as a human being is that I find corruption very funny. I mean, corruption always has an element of the absurd,” he said to his already-hooked audience.

Klavan noted three significant facts about corruption: corruption involves elements of the absurd, it becomes so pervasive in culture that even good people do corrupt things and a corrupt culture always tries to silence any lone voice that speaks out against it. “That is the state of American journalism today,” he said.

The real problem in America today is that journalism is politically and geographically slanted, said Klavan, noting that 73 percent of journalists are based in coastal states, which are blue hotspots.

Klavan explained that America has lost the art of discussion, and on top of that, when news outlets address debatable topics, though there are many avenues that could be discussed, journalists narrow in on the topic that best fits their agenda. “Democrats choose the issue,” he said. “Even when we’re discussing the issue, it is their choice.”

Ultimately, Klavan pinpointed that the real battle in America today is not between Democrats and Republican but between censorship and open dialogue. “In this battle to remain a liberal nation — by which I mean a free nation, by which I mean we can argue with each other and reasonable people can disagree — in that battle, the American press is truly the enemy of the people.”

Klavan’s analysis of modern journalism spurred many students to ask questions to tease out his points in the Q&A session afterward, and many stayed behind for photos with the speaker.

Senior Danny Bagley, member of Young Americans for Freedom, enthusiastically expressed his enjoyment of the talk. “I thought the talk was great,” he said. “Andrew Klavan was very entertaining and did a great job exposing the fake news! The guy has dragon energy!”

Freshman Carly Newman agreed, emphasizing the importance of his speaking to college students. “Andrew Klavan’s talk was extremely beneficial for students today to seek out truth in media outlets,” she said.

“It’s All Fake News” was hosted by Franciscan University of Steubenville’s Young Americans for Freedom club.