Visiting member of Aid to the Church in Need, speaks about Middle East 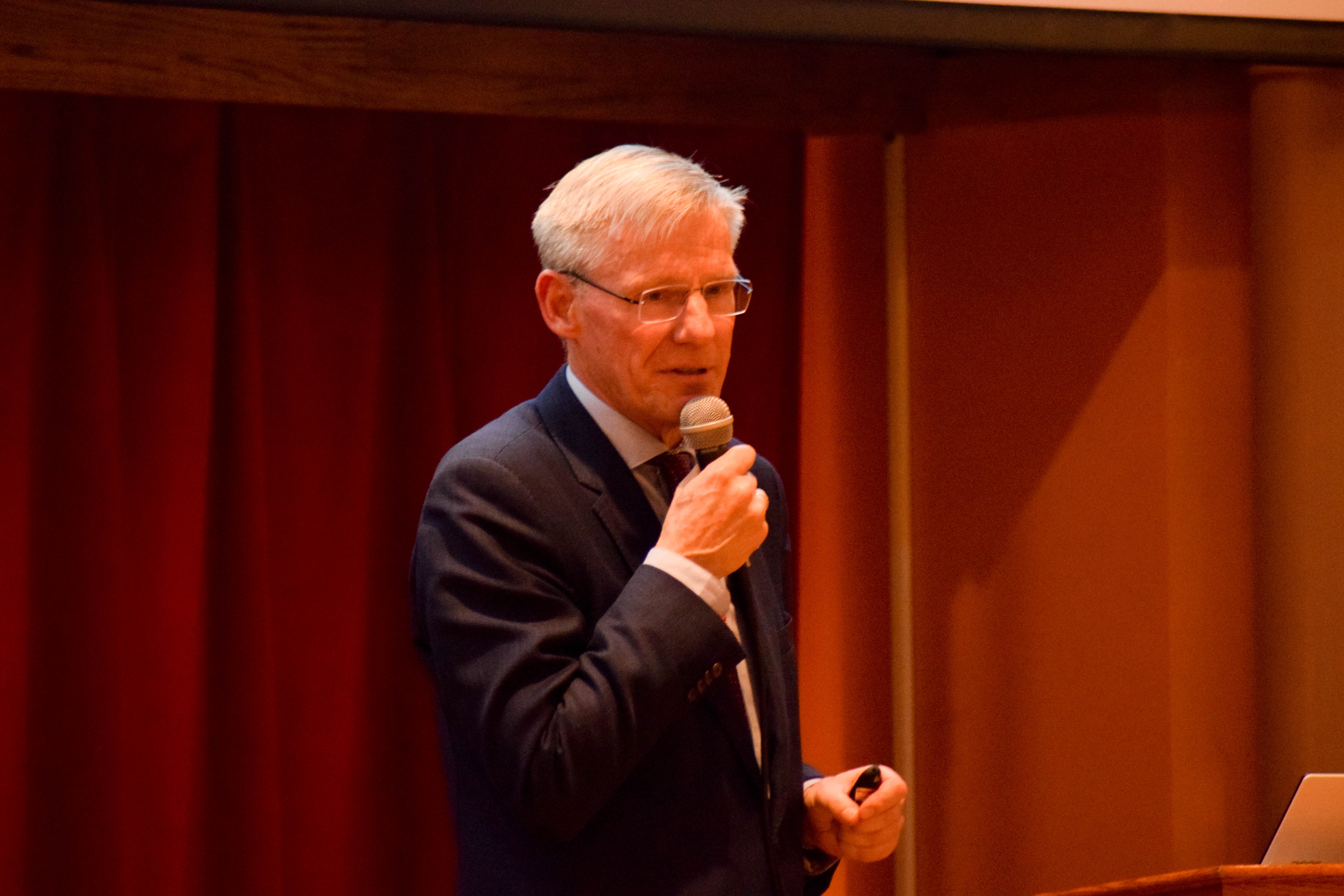 On Wednesday night, speaker Joris van Voorst spoke on the dire situation of the persecuted Christians in the Middle East at 7 p.m. in the Gentile Gallery.

Van Voorst is a member of the pontifical foundation Aid to the Church in Need, or ACN. ACN is an international organization with 23 chapters all over the world. Van Voorst is the head of the ACN branch in his native country, the Netherlands.

ACN has been involved in the care of Displaced Persons and also in some places help communities to start to regroup and rebuild from the 1940s until the present. During his talk, van Voorst gave specific numbers of refugees throughout the Middle East. ACN is helping to house and care for these refugees. “These are not only Christians but also Muslims,” said Van Voorst.

One of these places of deep need and desperation is the Middle East. In the talk, van Voorst specifically spoke of the situations in Syria, Iraq, and Lebanon. As a part of ACN, van Voorst has traveled throughout the Middle East. From his experiences traveling he was able to share a view of those countries “you will not find in the news,” he said.

During the course of the talk, van Voorst told inspiring stories of priests and religious in the countries he focused on. One priest, Fr. Frans van der Lugt, who was Dutch, lived and served in Syria for 40 years. He endured many hardships, but remained in Homs, Syria until he was murdered in 2014. To this day it is unclear why he was killed since he was beloved by many members of the community in Homs, both Christian and Muslim alike.

The lecture presented by van Voorst covered a brief history of the organization, which was started shortly after the end of World War II to deal with the refugees throughout Europe. ACN was founded by a Dutch priest named Father Werenfried van Straaten. The organization has grown and evolved over time to help assist people in the most desperate need in our world today.

Van Voorst encouraged the audience to stay informed on the situation in the Middle East by reading newspapers and looking at international news sources. Near the end, he made a plea to pray for peace in the Middle East and help the ACN to continue to serve the most desperate Christians by making donations.