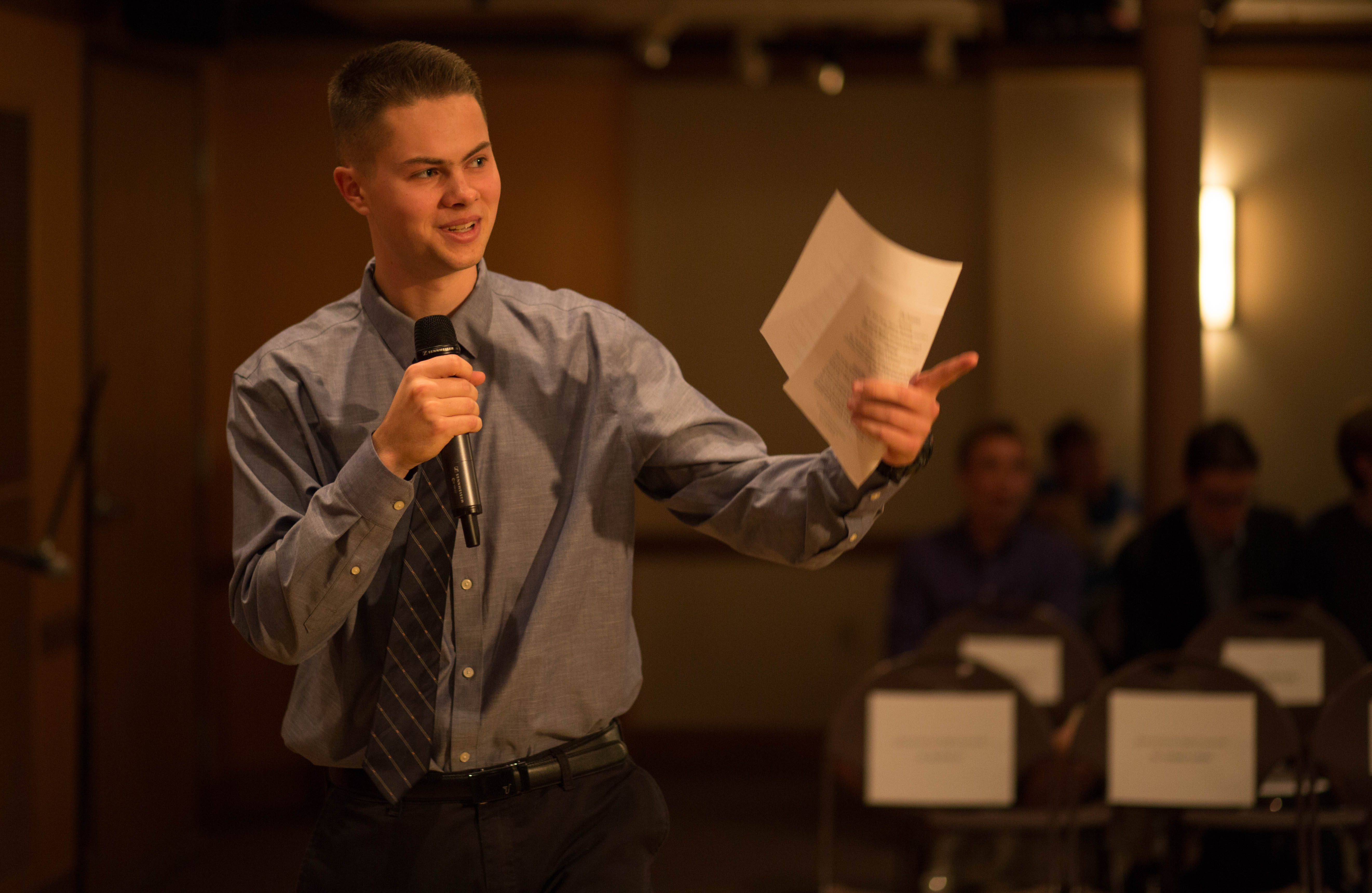 Veritas Society, a club promoting intellectual culture at the Franciscan University of Steubenville, hosted a debate on April 22 at 7 p.m. in the Gentile Gallery. Named after the Latin word for “truth,” Veritas Society held the event to debate traditional marriage roles.

Dubbed “Dumb Ox Debate” after the nickname of the club’s patron saint, Saint Thomas Aquinas, the event argued for and against the motion: “This house believes that the traditional marriage roles are ideal.” Conducted in the parliamentary style, students and professors heard introductory arguments presented by two teams before the floor was opened to any attendee that wished to make his or her voice heard.

Opening speeches were presented by two teams. Alex Plato, who holds a doctorate in philosophy from Saint Louis University, argued to affirm the motion alongside David Willey, a freshman majoring in humanities and Catholic culture.

On the opposing side was Sarah Wear, who holds a doctorate in classics from Trinity College of the University Of Dublin, with freshman Nicholas Larkins, theology and philosophy major double minoring in human life studies and legal studies.

Plato and Willey found evidence for traditional marriage roles in human nature, Scripture and tradition. Plato clarified the motion that argued for an ideal, saying, “Just because there is an exception to a rule doesn’t mean there isn’t an ideal.”

Lucy Sammons, freshman psychology major, was one of many students who took the opportunity to share her opinion. During the open floor period, Sammons contributed clarifying questions and an argument. Sammons said she “appreciated” the parliamentary format that allows “different opportunities for participation.”

After an evening of energetic discourse, everyone in attendance, called the “house,” voted to affirm, oppose or abstain from the motion, according to the arguments presented. Following concluding speeches, the majority house vote affirmed the motion, ending the event with applause and conversation that naturally carried on. From the jovial attitudes, abounding smiles and fervent discussions, the Dumb Ox Debate was clearly appreciated and enjoyed.

Veritas Society will host three debates in the Gentile Gallery in the Fall 2018 semester, as well as a student-professor panel for students to ask “tough questions” and get “tough answers,” said Veritas board member Daniel McNichol. Every Friday, the society hosts an apologetic discussion titled “Anscombe Seminars.” For more information about promoting intellectual culture at Franciscan University, contact the society at VeritasSociety@franciscan.edu.