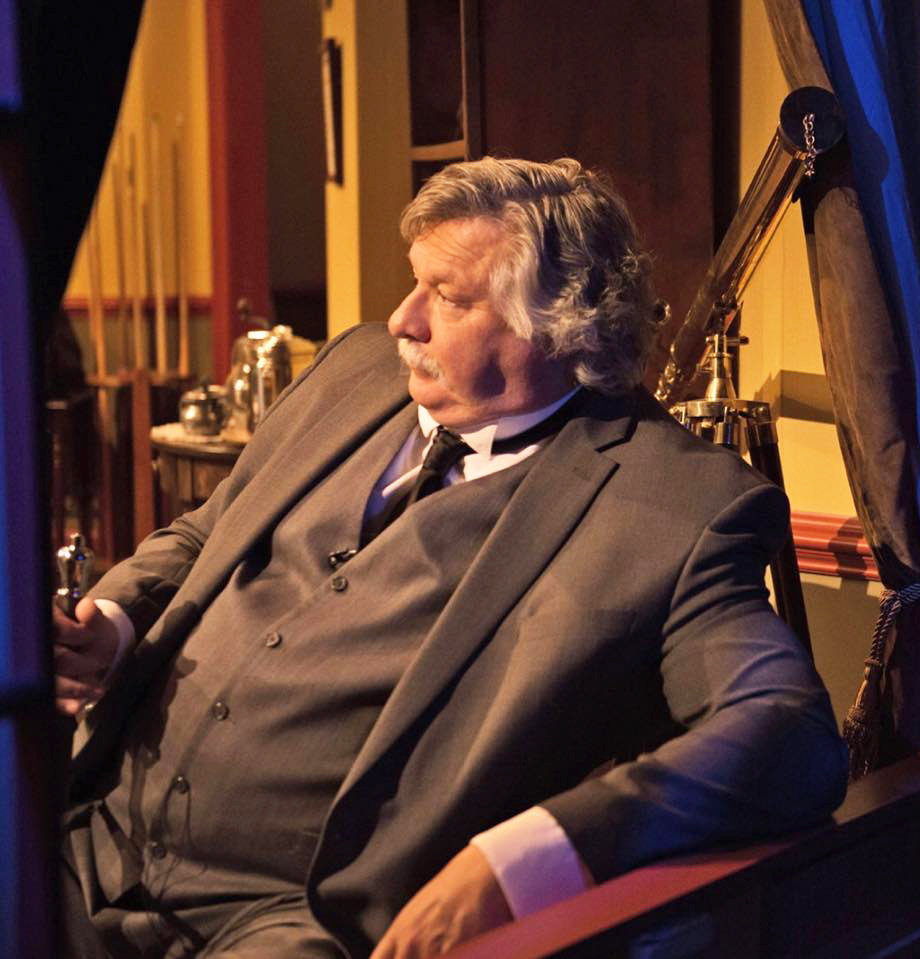 Walker, who serves as Assistant Professor of Theatre at the university, has been a film actor for 40 years and was ecstatic to take on the role of Chesterton, who was a prolific writer, author of the “Father Brown” series and called “defender of the Faith.” This opportunity came about when Ben Wiker, who holds a doctorate in theological ethics from Vanderbilt University, teaches political science at Franciscan and was a screen play writer for the show, introduced the idea to Walker.

After months of preparation and a flight down to Alabama, the show was off and ready to be rolling.

The show’s format consisted of G. K. Chesterton and Thomas Hobbes engaging in argument with one another over the Catholic faith, according to Walker. It took 17 hours of footage, which the network later on will narrow down to the one-hour segment for the show. It was extensive, but Walker, a seasoned actor, was up for the task.

The climax of the show comes about when Hobbes says he would rather die than convert to Catholicism, said Walker. Chesterton, a man known for his conviction, sets a revolver on the table and tells him to prove it if he means it. When it came to arguing, Chesterton didn’t mess around.

Walker said, “He never had enemies — no matter what anyone called him, he’d take them out for drinks after.”

On the topic of playing the role, Walker said: “I’ve been looking at him for a while, but it’s very intimidating because he’s brilliant, written so much stuff and people really love him.” In attempting to capture Chesterton’s persona Professor Walker said, “I had to understand him beyond his writings.”

Professor Walker went on further to say, “Who wouldn’t love a guy who could quote poetry of his own, sing songs, drink about 6 pints of beer, swing a sword around, wear a cape? Who would not enjoy playing that guy?”

In order to prepare for the show, Walker gained 10 pounds, grew accustomed to Chesterton’s characteristically round British accent and listened to old style big band music of Chesterton’s time.

“Chesterton, who was about 50 more pounds than I was for the show, had to do everything differently,” said Walker. “With that kind of weight, you walk differently, you think differently, and you breathe differently.”

There were many such mannerisms that Walker had to approach in order to be successful.

The show will air this October on EWTN, where viewers can expect to see G. K. Chesterton in all his color brought back to life through Walker. He hinted that he is also in the works of producing a one man play that stars him playing Chesterton yet again. If all goes as planned, this play might make an appearance on EWTN as well.

2018-01-29
Previous Post: Various breaks in water pipes due to age affect the city and the university
Next Post: The faces behind legacy-leaving craftsmen’s hands