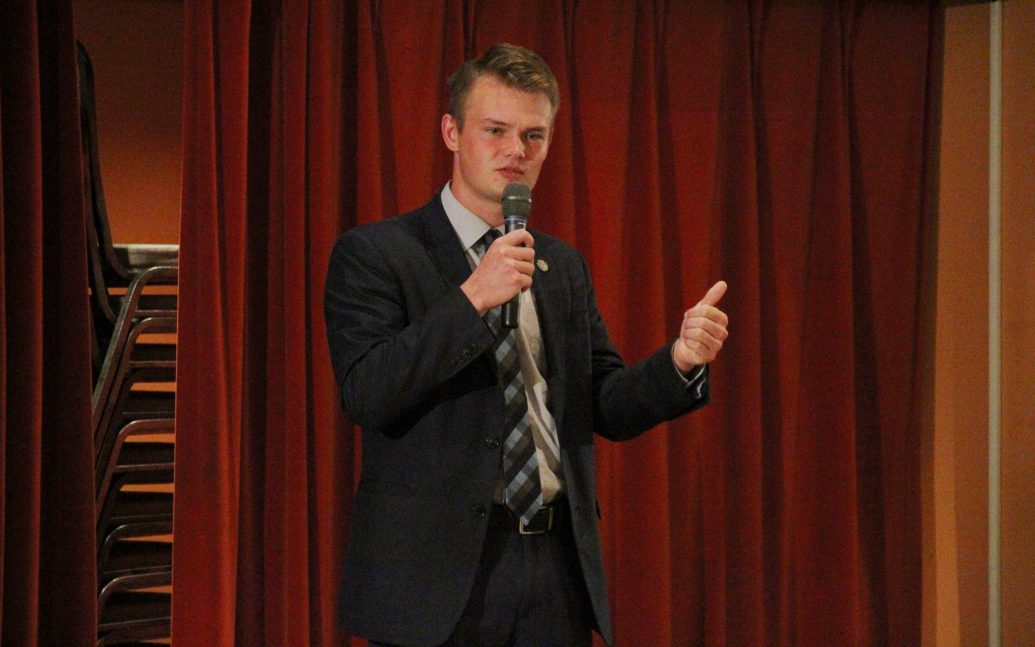 Two speakers used personal experiences to show students the importance of serving as Christian missionaries in Iraq at an information session in the Gentile Gallery Tuesday at 7 p.m.

Stephen Rasche, counsel to the archdiocese of Erbil, and Alex McKenna, president of student government at Franciscan University of Steubenville and Erbil student ambassador for the university, both gave brief talks about personal experiences with the mission.

McKenna spent six weeks in Erbil with Archbishop Bashar Warda while Rasche has been regularly visiting Erbil since 2007.

McKenna asked the question, “What does Erbil have to do with Steubenville?”

He said the history of Iraq has religious and geographical significance, providing a cradle for Eastern Christianity. He also said the intellectual history of the East led to the particular history of combatting heresies.

McKenna said his favorite part about being in Iraq was the deep devotion of the local Chaldean Catholics. He compared their love for the Holy Spirit to the culture at Steubenville. He said the Erbil locals are not afraid to publicly display their faith, having Marian processions through the town despite the Islamic dominance of the nation and lack of freedom of religion.

The Iraqi Catholics are joyful and faithful, no matter what, McKenna said. He said 75% of Catholics in Iraq go to mass weekly, which is far higher than the American average.

McKenna said the five benefits of spending time in Iraq are generosity, community, faith, politics and hope. He said there should be little anxiety about going to the Middle Eastern city because Erbil is safer than most major American cities. The area is well guarded and poorly represented by the media.

Rasche said there is much uncertainty in Iraq. Even if Erbil is safe, there are a lot of major issues facing the country, he said.

Rasche said there is a decline of Christians because of persecution, with only about 150,000 left in Iraq. While Erbil is in the north, he said the dominance of ISIS in the southern portion of the country poses a lot of questions about the future of the nation.

In answer to the question why someone would sacrifice a perfectly good career to live in a country with mixed prospects, Rasche said, “I chose to do something of greater importance.”

Franciscan graduates have the opportunity to apply to visit Erbil in May 2023.