The ‘Big Event’ to end abortion 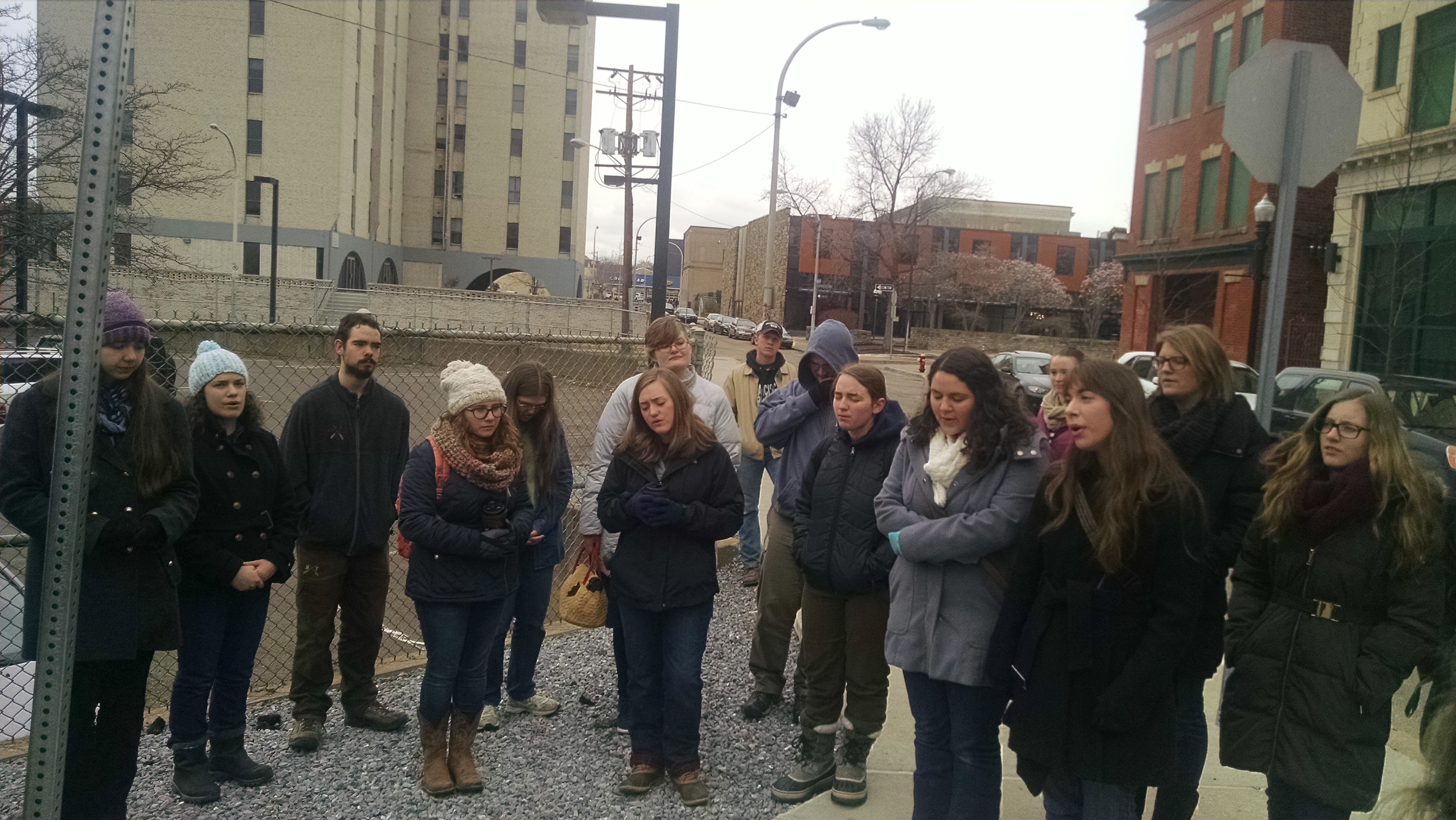 Nearly 100 Franciscan University students joined together for the “Big Event,” a Jericho March around the block of the Allegheny Reproductive Health Clinic in Pittsburgh on Saturday.

Students began the morning of intercession for the unborn with Mass in Christ the King Chapel celebrated by the Most Rev. Jeffrey Monforton.

Participants in the Jericho March spent the first two hours of their witness praying and singing and ended the event by marching seven times around the block and singing “Lift High the Banners.”

Annie Babcock, president of Franciscan University’s Students for Life, said this event has been in the works for a while. She also said that this is the first time that Franciscan has sponsored a Jericho March at this particular clinic. All of the surrounding abortion and reproductive health clinics have been shut down since Roe v. Wade, she said.

Babcock said, “The motto of Students for Life is to have a prayerful, peaceful presence.”

There were large representations from the Students for Life club as well as Madonna of the Streets, Regina Angelorum, Rosa Mystica and Pater Noster households.

For those that were involved in the planning of the Big Event, there was a lot of excitement.

Babcock said, “I am most excited for students to be exposed to the abortion clinic because I think once they see what happens there, they will be more motivated to be active (in the pro-life movement).”

Aaron Basinger, former Student Government representative for Students for Life, said, “I was most looking forward to the number of students that were going to be praying at the clinic.”

He continued, “It is very encouraging to see so many of my classmates going out on a Saturday to be a peaceful, prayerful presence at such a horrible place as an abortion clinic. I am hoping that the experience left a positive impression on the first-timers, and they will continue to make an effort to be a voice for the voiceless.”

All who attended the “Big Event” were active and engaged. The large number of students split up into groups of five or eight and prayed many rosaries and divine mercy chaplets. Monforton was going to attend the event, but he ended up only being able to say Mass.

Senior Abby Reed, a member of Madonna of the Streets household, said that she really appreciated “the bishop coming out and supporting us in this pro-life movement.”

Regarding her experience, Grace Garcia, first-time clinic outreach attendee, said, “It was sad for me. … You would never know what was happening (in the clinic). … There is such a small sign. … We see the reality (of what is going on), but a lot of people don’t.”

Babcock said that whether the event becomes annual or not is up to the club, but that if someone has the motivation to head up the coordination, they should go ahead.

Members of Students for Life go to the abortion facility every Saturday with shifts starting with 6:30 a.m. Mass in Christ the King chapel and a second one closer to noon. Participants go to pray for the women, children and everyone else involved in the abortions.

Students for Life has two more events this semester. The Pro-life T-shirt week is to be announced, and there will also be a 12-hour prayer vigil at the Pittsburgh Planned Parenthood on Good Friday.