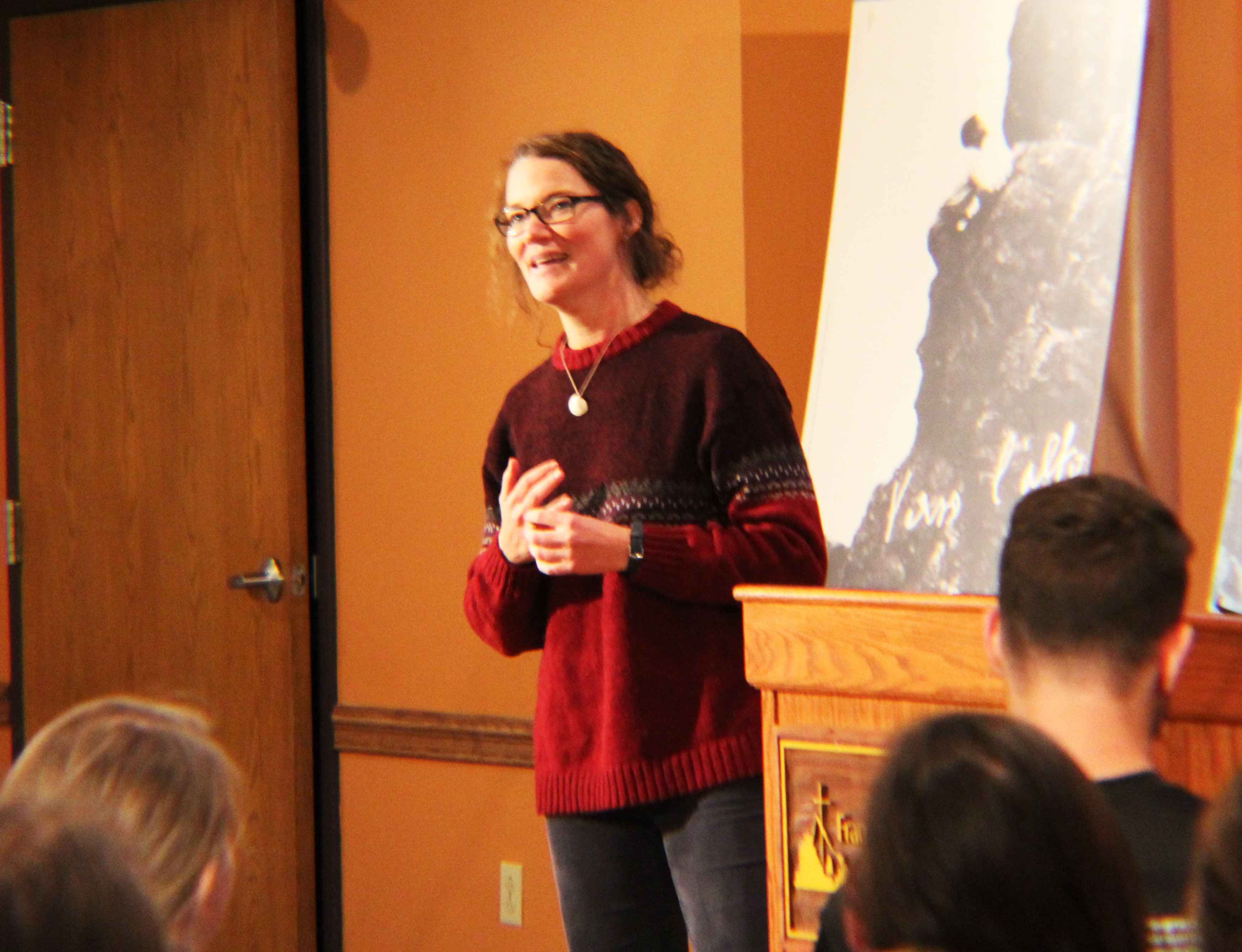 Speaker Sarah Harmon addressed dozens of students in the Gentile Gallery on Nov. 10 to discuss the life of Blessed Pier Giorgio Frassati.

The talk, which started at 6:30 p.m., was put on by the Outdoors Club and organized by two of its students as a Center for Leadership project. Harmon, a graduate of Ave Maria University and former residence director in Gaming, Austria, was invited to describe the young saint.

Harmon focused on how Frassati brought his faith into the everyday aspects of his life. An avid mountain climber, he would embark on daring adventures through which he connected to God. He once said, “The higher I go, the clearer I hear the voice of Christ.”

Harmon also recalled Frassati’s focus on examination of conscience and giving oneself to God in little ways every day. Frassati once said, “I will try to make every day a little preparation for death.”

Frassati has become a popular Catholic figure because of his youth and relatable life, said Harmon. St. Pope John Paul II said Frassati “shows that we can be holy by living our relationships, studies, sports and service to the poor,” quoted Harmon. Frassati was only 24 when he died from polio, an illness contracted from one of the poor that he served.

Harmon also spoke about the significance of saints in general and why one should get to know them personally. Using the analogy of a marathon she once ran, she said that the saints had “walked the same path” as us and were there to “cheer us on” in the sidelines.

Outside the Gentile Gallery, in the Atrium of the JC Williams Center, a small display about Frassati was set up, featuring posters with pictures and quotes by and about Frassati. T-shirts were sold after the talk, and prayer cards were handed out.

Harmon’s presentation was both humorous and educational, and the students enjoyed learning about Frassati as a role model for their own lives.

“It was great learning about the concrete examples that he used … to go to the heights of holiness … so that I can hopefully imitate those as well,” said freshman Marita Ostrich.