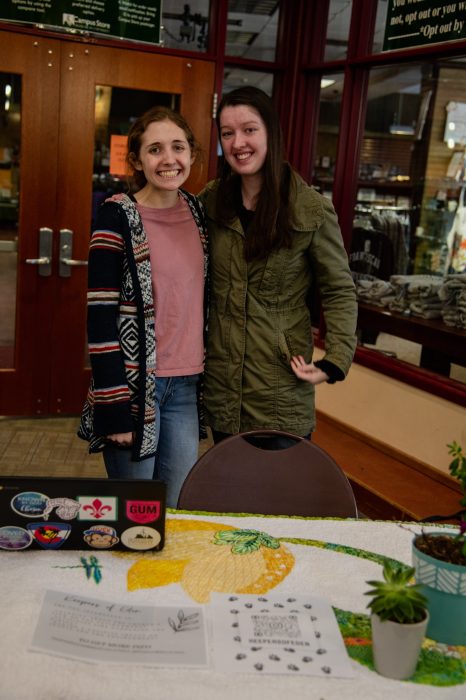 Today, environmental movements are often associated with political agendas. However, a new environmental stewardship club at Franciscan University of Steubenville focuses on caring for the natural world from a Catholic perspective.

“You don’t have to know much about the environment to get involved,” said sophomore Bailey Samuelson, president and founding member of the Keepers of Eden club. “What we’re trying to do is not at all political. It’s faith-based, and we want to encourage people to see the world the way God sees it: as beautiful.”

Samuelson was inspired to start the group by the beauty of nature she experienced in her home state, noting that it was quite different from what she found in Steubenville.

“I am from Colorado, and I think when you live really close to beauty, you learn to appreciate it every day,” said Samuelson.

She mentioned that many people are taken aback by the Steubenville environment, so “even small things on campus could help make Steubenville more beautiful.”

In addition to Samuelson, the new club was started by sophomore Erin Whoriskey, vice president of the Keepers of Eden; sophomore Brigette Covey, secretary; and junior Devin O’Sullivan, founding member. The Rev. Nathan Malavolti, TOR, is the faculty advisor for the club.

The club is named the “Keepers of Eden” after the beginning of the Book of Genesis, in which “God tells Adam to till and to keep the garden,” Samuelson explained.

“Even though Eden is lost, I think we are still called to be stewards of the environment and stewards of God’s creation,” said Samuelson, adding that her hope for the club is to “get that sense of responsibility back.”

After receiving approval and funding from the Franciscan University Student Government, the Keepers of Eden plans to hold its first meeting at the end of February. Subsequent meetings will occur every other Friday afternoon, said Samuelson.

The Keepers of Eden adopted St. Kateri Tekakwitha and St. Francis of Assisi as patron saints of the club. The environmental group hopes to follow both saints in having “a properly ordered view of nature” and understanding ecological beauty as a gift from God.

“We chose St. Kateri because she is the patroness of nature and had a heart that cared deeply for the Lord and his creation,” said Samuelson. “St. Francis is also a patron saint of nature, and we believe that the contemplative part of his life spent in nature as well as his canticle of creatures embodies what we are trying to achieve.”

The Keepers of Eden will invite students to participate in projects aimed at caring for the local environment. The first big project will be a water-saving challenge “to encourage student to build habits around saving water,” such as taking shorter showers, said Samuelson.

“We’re also hoping to garden with the new community garden that’s hopefully being passed by Student Government in the Heights,” Samuelson said. “They are very close to getting that done, so we’d love to be the people who help with all that.”

Another initiative under consideration is a collaboration with the Verso L’Alto Hiking Club to organize nature hikes with scripture reflections. The Keepers of Eden also hopes to organize sponsored talks about relevant topics, but the club will “focus more on the projects first,” said Samuelson.

Those interested in getting involved with the Keepers of Eden can learn more at their Instagram page @keepersofeden.