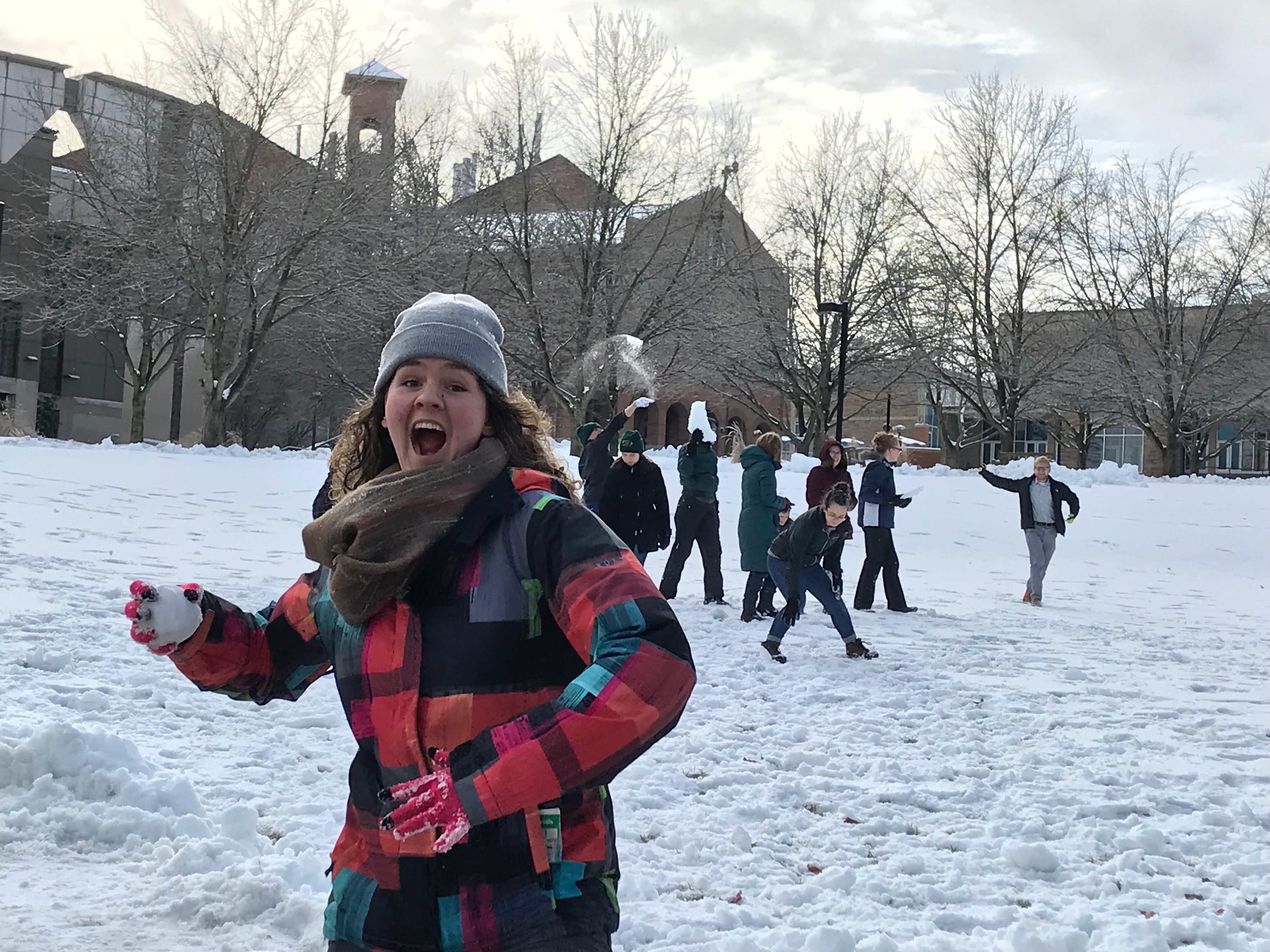 Franciscan University cancelled all classes on February 7 due to inclement weather, and students found meaningful ways to enjoy their time together.

Cheers could be heard in dorm halls across campus when the alerts went out. In addition to cancelled classes, all offices were closed and the J.C. Williams Center closed at 3 p.m. Many students took the opportunity to relax, do homework and go to Mass. Although the 4:45 p.m. Mass was cancelled, the 12:05 p.m. Mass was filled to standing room only, nearly 400 people in attendance.

Daniel Kempton, who holds a doctorate in political science and is vice president for Academic Affairs, said in an email, “I don’t recall when we were last closed for a whole day, but I can say that in this particular situation the University seemed to sit right on the snow, sleet and rain line. Thus, many of our faculty, staff and students would have needed to drive through some very dangerous weather to make it to campus. … I greatly appreciate our leaders having put the safety of the University family first.”

Some students decided to take advantage of the snow. While some spent time sledding behind Sts. Louis and Elizabeth Hall, others held a snowball fight on the lawn in front of Finnegan Fieldhouse. Around 2 p.m., dozens of students gathered to join the game and divided into teams of men versus women for an exciting match. The battle included snow forts on each side, and an appearance by a campus bagpipe musician who played to cheer on both sides.

“[St.] Francis [Hall] challenged Trinity [Hall] to a snow battle,” explained freshman Anthony Edwards. However, the only person from Francis Hall to show up was Clement Harold, who issued the original invitation on Facebook to everyone on campus. “So it was kind of Trinity versus itself, and then girls showed up … ultimately leading to the Battle of Finnegan Fieldhouse,” Edwards said.

Snow flew through the air in a spirit of friendship for about an hour before the men retreated and decided to call a truce. “We ended it with a prayer,” said freshman Eloisa Gutierrez. The women huddled together to thank God for camaraderie, joy and safety, and the men followed suit.

“I had a fabulous time,” Edwards said. “It was the best snowball fight that I’ve had, probably in my entire life.”

2018-02-13
Previous Post: News Briefs – National and International
Next Post: Conservative Column: “50 Shades,” #MeToo and the hypocrisy of the Left