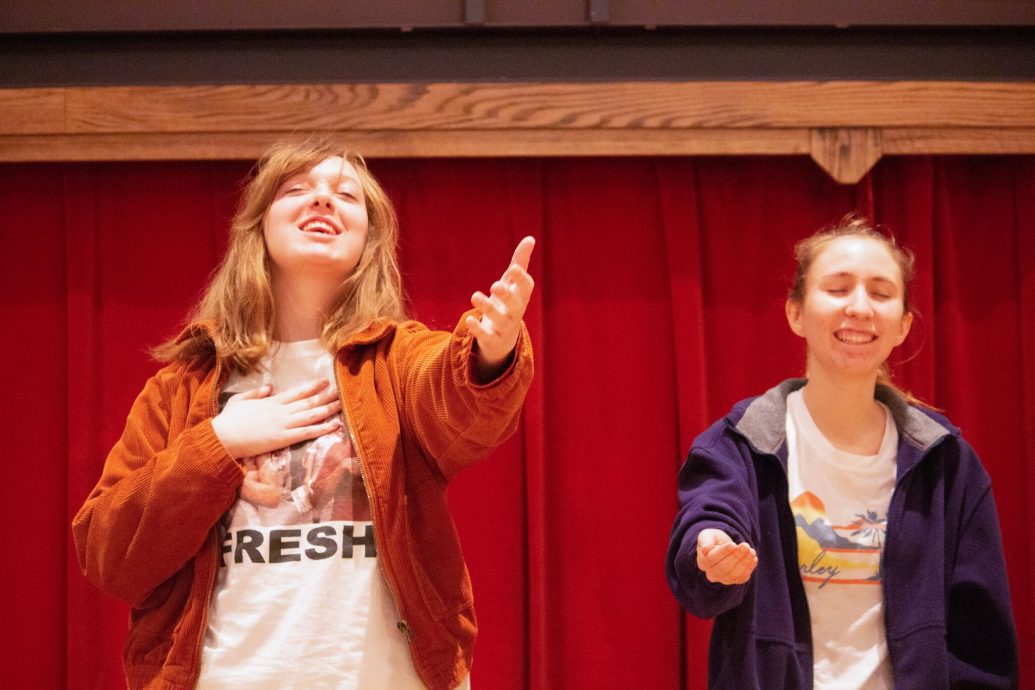 On March 4, a traveling poet hosted a student poetry slam in the Gentile Gallery.

The slam was hosted by Clare McCallan, a Franciscan University of Steubenville graduate and spoken word artist who tours the country performing her poetry for different audiences.

McCallan started off the night with prayer and then performed a piece of her own entitled “Materialism” to help the students get comfortable. She then opened up the floor for students to perform their own poetry.

Unlike a standard poetry slam, in which people perform their poetry and are then ranked by how good they are, McCallan said she hoped to provide a welcoming, low-pressure environment in which students could share their work out loud. No prizes were given and no judgements were made on the poetry — the event was simply a night for the students to share their talents.

One by one, students bravely stood and took the stage next to McCallan, telling her and the audience a little bit about themselves before they performed their own works. Enthusiastic finger-snapping from the audience told the poets that the crowd liked what they heard.

“It was really great,” said Matt Walker, junior. “We had a wonderful group of people — creative minds in the forge of thought, working to use language and the written word to express ourselves in new forms and stimulating formulations that enabled us, I think, to reach an inner core of authenticity that some of us hadn’t experienced before.”

McCallan performed her own spoken word poetry at a Monday night performance event titled “A Saturday Night Alone.” The student poetry slam was the third in a series of events hosted by Clare McCallan and sponsored by the Student Creative Arts Network and Reslife.