Students in onesies and pajamas enjoy night filled with nostalgia 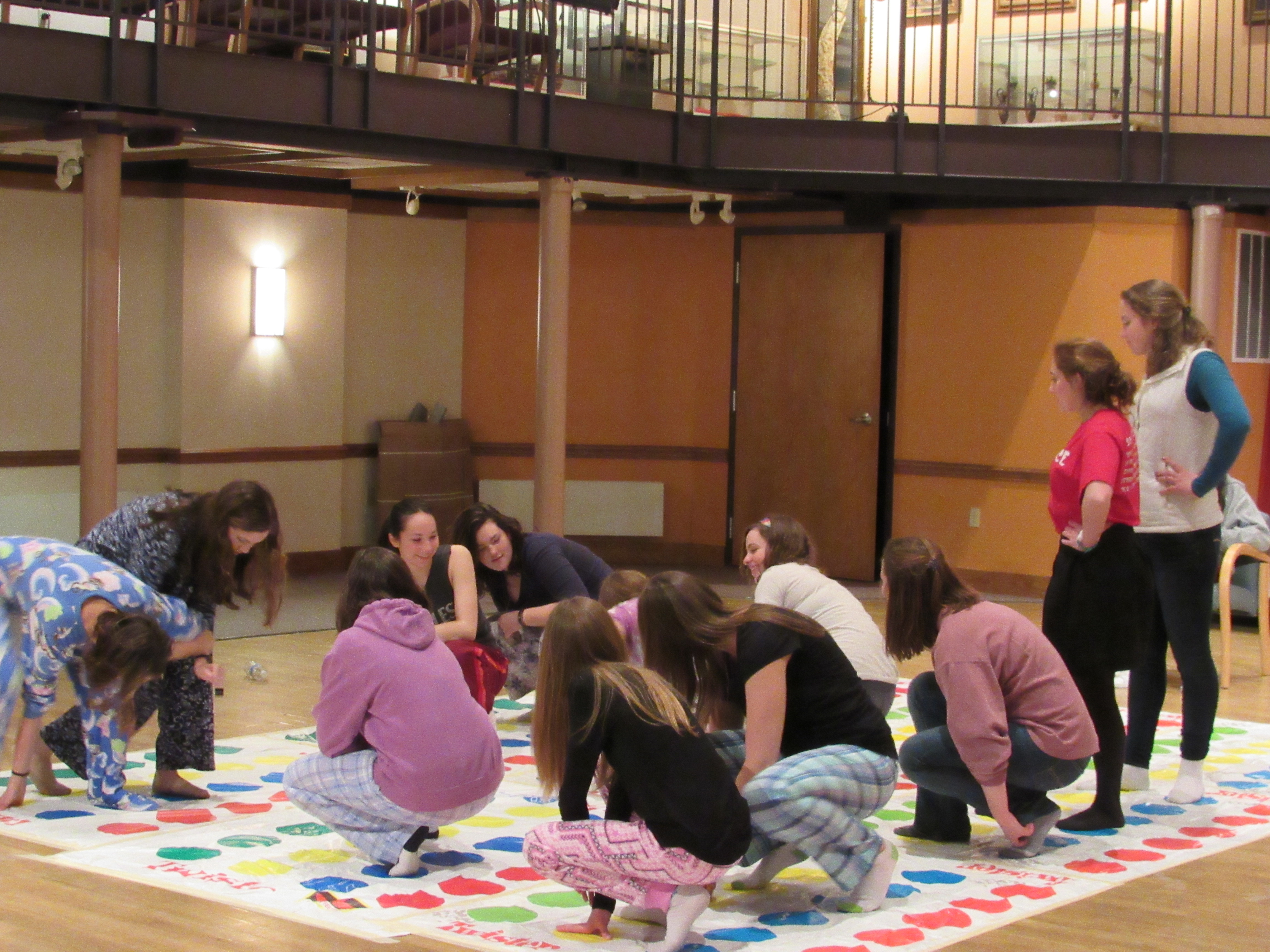 Exc!te provided an evening packed with childhood memories with its annual Pajama Rama on Feb. 9.

Starting at 8 p.m. in the J.C. Williams Center, the event encompassed most of the building, allowing students to venture through both the upper and lower levels of the venue. A significant turnout was present for the duration of the event until its closing at 11 p.m.

“This was near the amount we expected,” explained student Rachel Rander, vice president of Exc!te. Members of Exc!te worked to keep the event running smoothly all night. This year’s event was focused on the theme of 2000’s childhood nostalgia.

In the upper level of the building, an array of sweets and treats were provided. Ice cream cups, juice pouches and cookies with milk were all available to those in attendance.

Also in attendance at Pajama Rama was Biscuit World, who supported the event by providing biscuit sandwiches. Egg and cheese, among other varieties, was a delicious favorite among many students.

Returning to the event was the Steubenville Popcorn Company, serving classic flavors like kettle corn and cheddar. For the adventurous foodie, caramel apple and cheddar pretzel ale flavors were also readily available for consumption.

While music of the early 2000’s including the Jonas Brothers, Jesse McCartney, and Beyoncé played through the upstairs speakers, students simultaneously partook in various activities.

The largest and by far most enjoyed activity of the evening was the inflatable jousting ring. Students were given free reign to challenge their friends in this game of both balance and strength. Cheers in support of friends were heard constantly throughout the night.

Similarly, students had the opportunity to dress in padded suits and shove their opponents out of the ring while playing a sumo wrestling game.

Meanwhile in the Gentile Gallery, a Twister competition was open to anyone up for the challenge. Gift cards to restaurants, including Taco Bell and Chick-fil-A were offered as grand prizes in two particular rounds.

Groups of students also took pictures in the photo booth upstairs and could take the photos home to remember the night. Utilizing a bin full of props, students found the booth to be another favorite of the night.

Sophomore sociology major John Mayer said, “It’s finding fun in the simplest things.” He further added that for next year he “wouldn’t mind a smoothie table,” a childhood favorite of his.

Fesalbon said next year she “would want to watch television and movies from the time period they’re trying to capture.”

Rander spoke on plans for next year’s Pajama Rama, expressing it “will be in February and will likely feature different games.”

The night ended at 11 p.m. with many still in the building, enjoying the event which brought back the bliss of childhood life.

2018-02-13
Previous Post: Priest inspires students to find purpose in the ordinary
Next Post: Hundreds of women are reaffirmed in dignity at BeLoved Event