Students’ eyes opened to suffering of men on Chicago streets 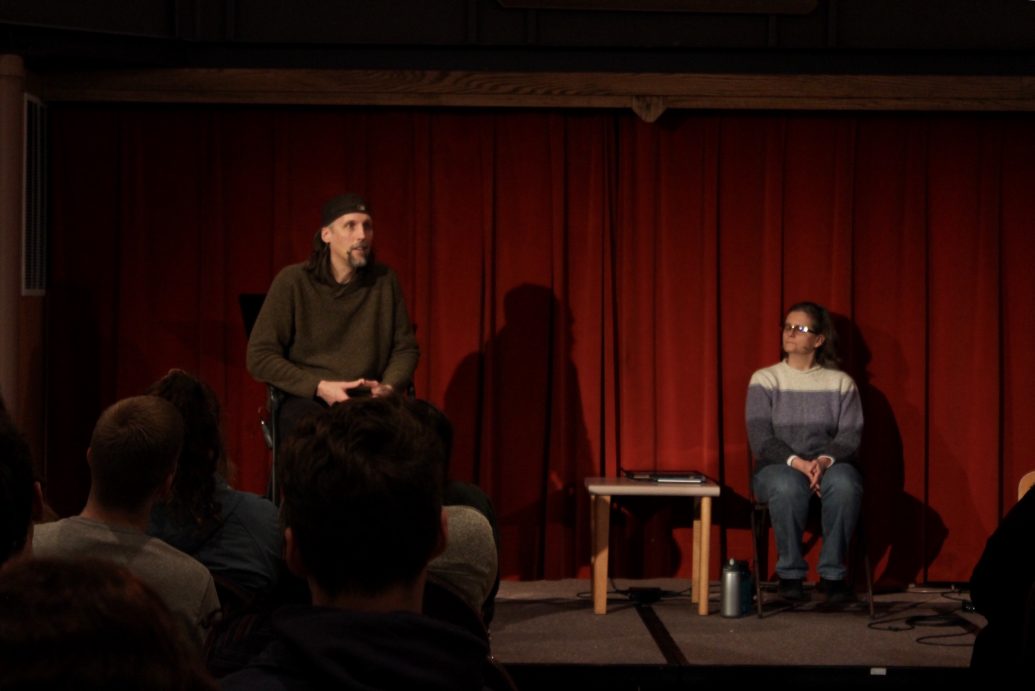 The Gentile Gallery of the J.C. Williams Center transformed into something of a coffeehouse at 7 p.m. on Tuesday, Feb. 12, as speakers shared their experience of ministering to men on the streets of Chicago.

Lights hung from the railings high above the floor and tall round tables were set up for people to enjoy their coffee and donuts as they waited to hear the “Stories from the Streets,” told unlike any other. The performers for the night, Al and Andi Tauber, were members of Emmaus Ministries, an outreach to men involved in “survival prostitution” living on the streets of Chicago who suffer from diseases, substance abuse and violence, causing most to die at a young age.

The couple shared stories about men that went through their ministry and created the program “Going Home,” expressing those tales through storytelling and original songs.

The program was broken down into 11 different parts going back and forth from story to song. One story about a young man named Matthew was broken into five parts spread throughout the program. Two other stories focused on the suffering and deaths of two men, as well as their remembrances.

Al Tauber told Matthew’s story by wearing a black baseball cap backwards and speaking in the first person to portray him. Matthew established a friendship with a man named Adam which, as was stated in the song “Just Like Brothers,” was very strong. After Adam died in a gun fight, Matthew’s life took a turn for the worse as he fell into survival prostitution, drug abuse and excessive drinking. Eventually, Matthew walked into Emmaus Ministries and finally found God, which helped him to overcome his addictions and turn his life around.

Andi Tauber told the sorrowful story about a young man named Daniel diagnosed with cancer. She said that just before he died, he said, “Thank you Jesus. I love you Jesus. Thank you. Take me home.” This led into the next song, appropriately titled “Take Me Home,” describing Daniel’s peaceful death.

The couple went on to the next portion of the program, titled “A Good Funeral.” They recalled a funeral they held for a man named Steve and all the people that came to share the memories they had of him. Each person that shared a memory held a puzzle piece to his life, specifically the struggle he had with his family, that finally made sense when put together.

Sophomore Mary Kate Bodien described the impact the program made on her. “It was just really touching to think about how real the stories were and how tangible they made them,” she said. “It’s really beautiful to see the work that they’re doing. It’s really inspiring because they’re so hands on.”