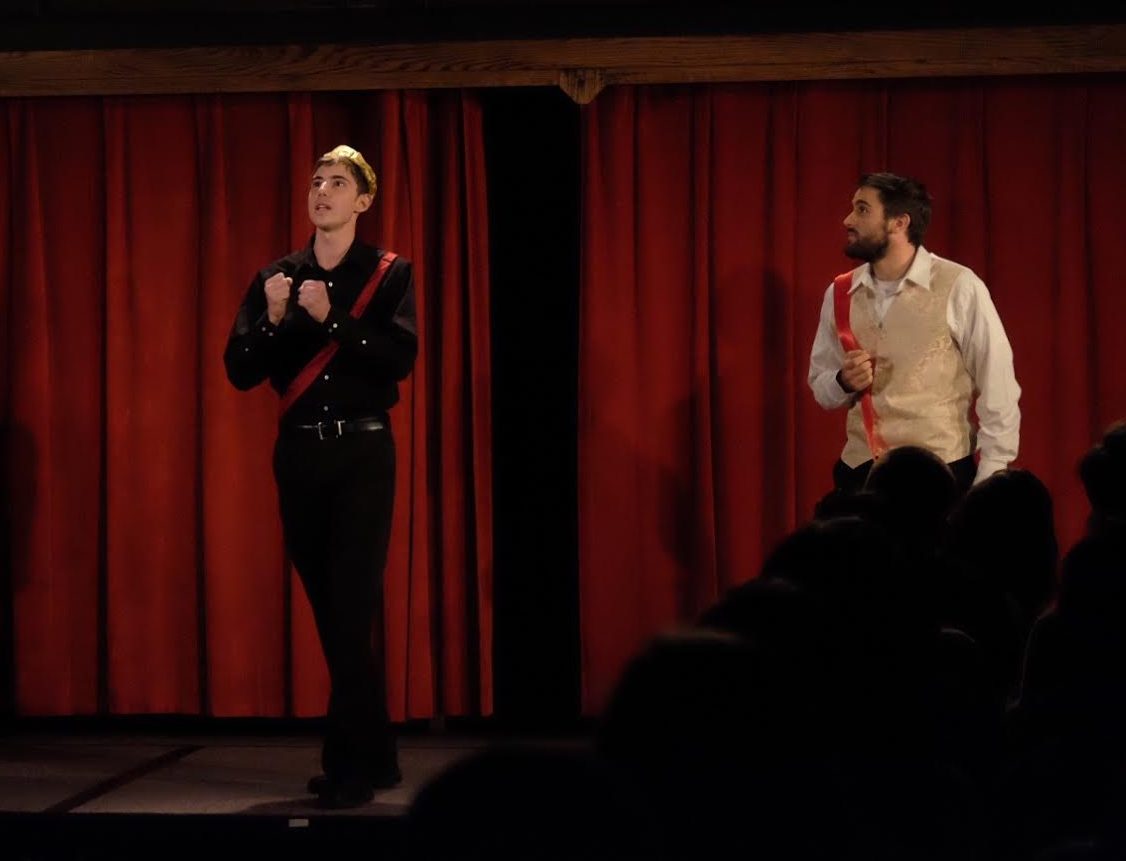 The joys of musical theatre were brought to Franciscan University Sunday afternoon in a student-led musical revue which showcased students of all years performing songs from various musicals.

Evans said she had wanted to put on a show like this since her first year on campus and now, as a resident assistant, she finally had the means to do it.

“I’ve met a lot of people here who love musical theatre, so I was determined to make it happen,” said Hamilton.

Auditions were held in late September and practices started soon after.

The two-act revue featured songs from old classics such as “Anything Goes” (1934) along with new hits such as “Hamilton” (2015) and everything else in between.

Evans, Hamilton and Tkacik cast the performers for each song, performing themselves as well. In total, the cast included more than 20 students from all four years of study.

Master of Ceremonies Patrick Neve kept the show running smoothly, introducing the context of each song as well as humorously stalling for time between performances.

The performances differed greatly. Some of them included props while, in others, the performers danced through the aisles of the gallery.

While some performances had been practiced for weeks, others were added last minute such as “Skid Row,” from “Little Shop of Horrors,” which was added only two days prior to the revue.

Over 200 people filled the Gentile Gallery to see the revue. The majority were students but the audience also included family members who had come from out of town to support their loved ones performing.

The reactions from students on campus were enthusiastic.

“It showed me how much talent there is at school that I didn’t even know existed,” said senior Lauren Schubilske.

The revue received a standing ovation after the closing act “One Day More” from “Les Miserables” which included nearly all of the performers.

“It was cool to see so many people we know,” said sophomore Michelle Fortunato.

Evans said she and some others have already talked about putting on another musical revue in the spring semester.