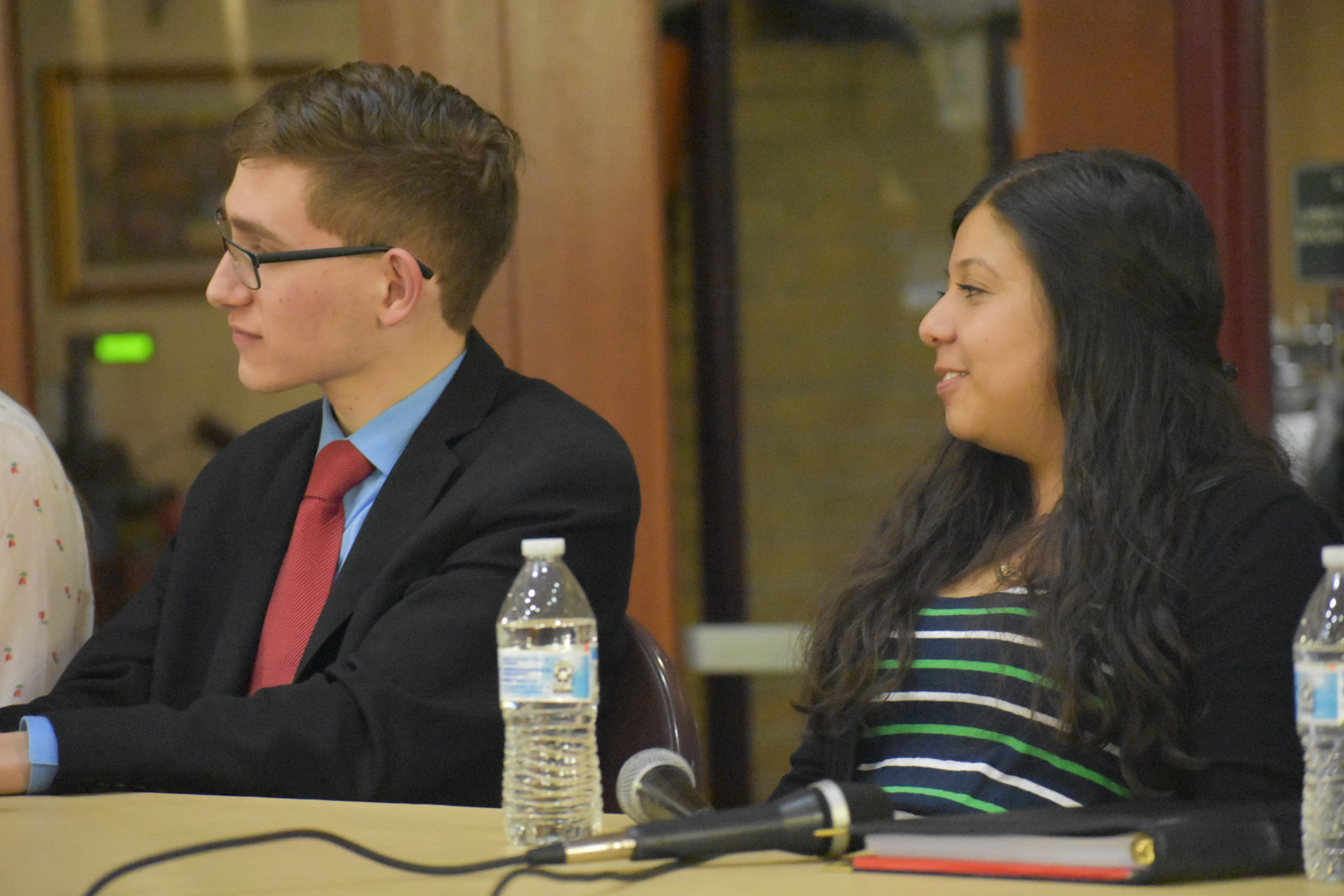 While a promise of free pizza might have provided some incentive, there was an impressive turnout from the student body.

Members of Student Government made up a panel, to which students lined up to ask questions and bring up any ideas, thoughts or concerns they had to make Franciscan University better.

Students voiced concerns and asked questions about topics such as gym hours, student population ratio to representation, if the number of representatives in Student Government can be increased and the implementation of a turf field.

Freshman Jack Einhorn said, “They responded well, and I appreciate the opportunity to have my voice be heard.”

Freshman Ben Caprara agreed, saying, “It’s nice to see that they are trying to improve things and Senator Williams was right on in coordinating this event.”

Samantha Martinez, president of Student Government said, “We desire to be visible on campus so that we are able to better serve the student body.” She explained how most students don’t know Student Government even exists let alone what it does.

Junior Senator Jeremiah Poff said that Student Government has “$20,000 in their bank account just begging to be spent, so please let us know your ideas.”

The event has been in the works since Student Government’s very first meeting in January. The night started out with the Lord’s Prayer, led by Senator Michael Williams, coordinator of the event and chair of the Welfare Committee.

Said Williams, “Student government is active and here to listen to your needs and bring them forth

to the administration. We are here to serve you.”