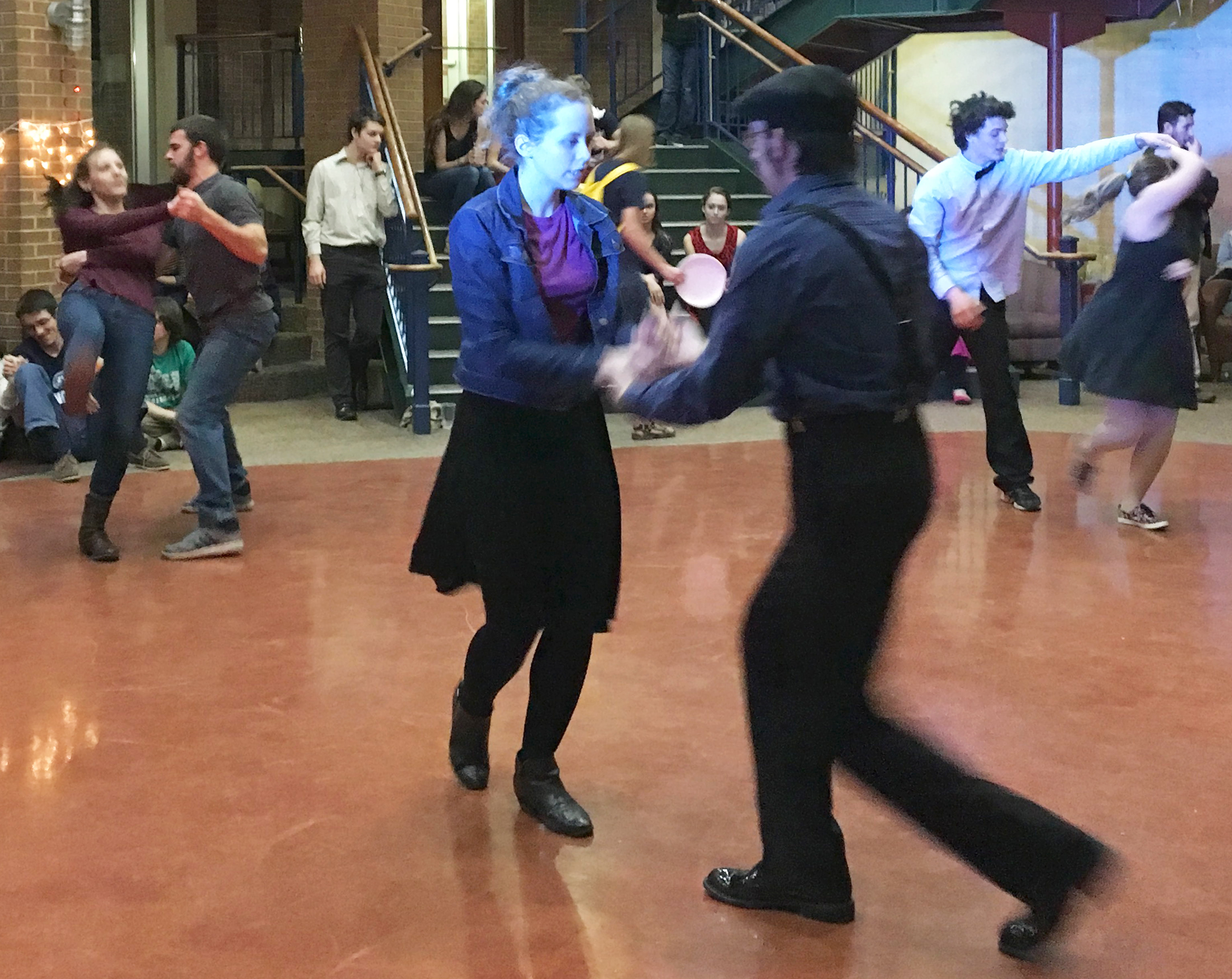 “The main purpose of this competition is to get out awareness and to show people what they can do,” said sophomore Teresa Sicree, vice president of the club and announcer for the competition. The club hopes to show students that there are alternatives to the often-risqué style of modern dance.

Sicree began the competition by announcing that there would be two rounds: rehearsed and improv.

Four couples competed in the rehearsed round with prepared swing dances around two minutes long. Each dance had a different style to it. Some were very lively, some told a story, and all were enjoyable to watch. In between each prepared dance, while the judges made notes, people who had been sitting on the sidelines grabbed partners and jumped to the dance floor.

After all four couples danced, the winners of this round were announced as junior David Forrester and senior Megan Riederer.

“It was really fun and unexpected,” said Riederer, who had just been taught how to swing dance that day by her partner Forrester.

The next round was improv, and Sicree called for everybody who knew how to swing dance to sign up to compete in this competition, saying that there was really no excuse not to.

Ten couples competed in the tournament-style competition. The couples were divided into three rounds, and the winners from each round moved on to the final one. Since the judges could not decide between two couple in the third round, they called back two of those four couple to compete in the finals, along with one couple from round one and one couple from round two.

“Now we’re going to see who can really dance,” said Sicree, because the final dance was to a slow song.

The first place winners of the improv swing dance competition were alumni Jordan and Sarah Herboth, who had come to compete at the invitation of Sarah Herboth’s brother, who currently attends Franciscan University. The runner ups were freshmen Ethan Rabideau and Sophie Stuckey.

After a fun night of dance, the crowd slowly trickled out of the JC, with contentment on their faces.

“Watching everyone swing dance was a lot of fun and encouraging for me to learn more of it myself,” said freshman Naomi Coutinho of the competition.

The club hopes to continue hosting this swing dance competition in semesters to come.