St. Paul Center begins Lenten study of the scriptural roots of the Mass 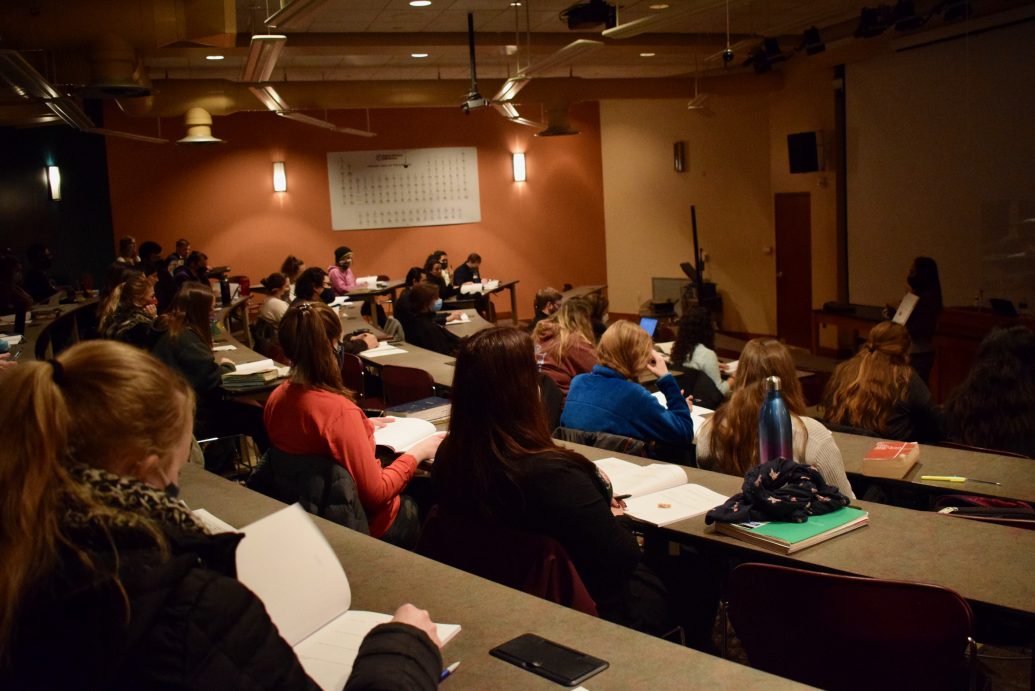 The St. Paul Center launched its weekly Lenten Bible study, “Parousia: The Bible and the Mass” at 7 p.m. on Ash Wednesday in Pugliese Auditorium.

This Bible study, a four-week video series, will be played for participants weekly through March 17.

Scott Hahn, who holds a doctorate in biblical theology and is the founder and president of the St. Paul Center for Biblical Theology, introduced the first session.

Raquel Lopez, director of lay programs at the St. Paul Center, will be leading the subsequent sessions in the weeks to follow.

Hahn said, “It is amazing how unamazed we are at what we profess to believe,” in relation to the Catholic Church’s belief in the true presence of Christ in the Eucharist.

This video series was designed to renew amazement of the sacrament of Holy Eucharist.

“If you really want to get what this is all about, it’s about advancing the new evangelization like St. John Paul called for by trying to renew Eucharistic amazement,” said Hahn.

Lopez encouraged participants to really think about the Eucharist the next time they attend Mass.

She said, “Next time you go to Mass and you receive the Eucharist, think ‘I am eating God,’ and ask him to give you the grace to really take advantage of every grace that he comes with.”

Freshman Chris Pfirrman said, “It was very informative, and it made me think of things in the Mass I did not think of before.”

Junior Molly Shanahan said, “It was wonderful to have Dr. Hahn be introducing this video series to us, I found it very interesting.”