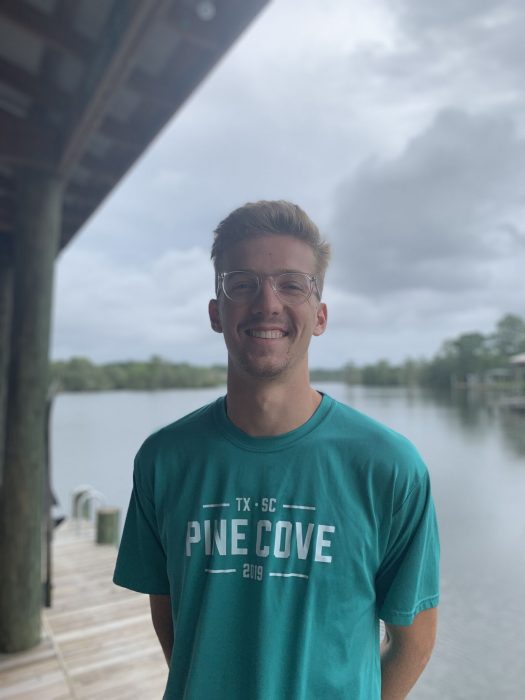 Something we say every single day on the basketball team is “family on three,” and then on the count of three, everyone says “family.” It may seem simple and unimportant, but to myself and most of the guys on the team, it’s really not. We take that phrase seriously. We look at each other like we’re brothers.

Some people on this campus may have a household or another group with which they are close and that they would consider their family. I don’t want to take away from that — I am in a household, and I have close friends — but there is just something different about the bond you have with the guys that are right next to you, dead tired, striving for the same athletic goals that you are. You may not approve of their lifestyles, how they talk, how they approach things outside of your sport, or you may not even like them at all — but in that moment, they’re your brothers. When they fall down, you pick them up. If they’re down mentally, you give them a word of encouragement. That’s just the way it is.

As I am a senior right now, that bond has become bigger than basketball. And really, that’s what it’s all about. With any sport you play, if you’re not learning life lessons about discipline, respect and hard work, you’re probably doing it wrong.

I know the phrase “bigger than basketball” is a little cliche, but that’s the most accurate way to describe it. The guys that I’ve been with for three or four years understand what I’m going through, on and off the court. We look out for each other, and we stand up for each other. We call each other out when we feel it’s just, and we accept criticism when it comes our way. That’s how a family works.

With our team specifically, we have a reason to be close that not many people on this campus would understand. We’ve done nothing but fight with our backs to the wall since we got here.

For those of you who have been around, you know that a few years ago, the basketball program was one on campus that people loved to hate. Obviously, it didn’t help that we were terrible, but many people genuinely didn’t like you if you were a “basketball guy.” Not everyone was this way, but that was the culture of this campus.

We have changed this culture. This was done not only by winning games but by changing our image as a whole. That’s really hard to do, and I don’t think the general student population gets that.

Coach Wallace makes a point to us every day to be accessible people. Talk to other students; be friendly; don’t put your headphones on and shut everyone out. On the basketball side of that, he urged us to truly want to get better. He referred to it as making this our Kentucky or Duke, treating it like a Division I program even if it’s not. Get in the gym outside of practices; take care of your body; and get stronger. All of these tasks were hard to handle at first, but now, it’s second nature because that’s our culture.

I know that was a long tangent, but where I’m going with this is that this wasn’t easy at first. It took a few years to make this happen. We lost people along the way, and we’ve gained some. Those battles against other teams, each other and even sometimes our own school made us stronger together. That’s why those guys are family.

I must admit that it’s a bit weird that these guys or girls, some of whom you wouldn’t have talked to in a million years, can become your family just because of a game. We dress differently; we act differently; and we even believe different things at our core values, but we do really care about each other.

If you think about it, that’s what becoming the body of Christ comes down to: truly caring about people that you may not have any reason to care about. And if a silly game can get us to do that, then I think I know why we’re playing it.

Thanks for reading, and go Barons.