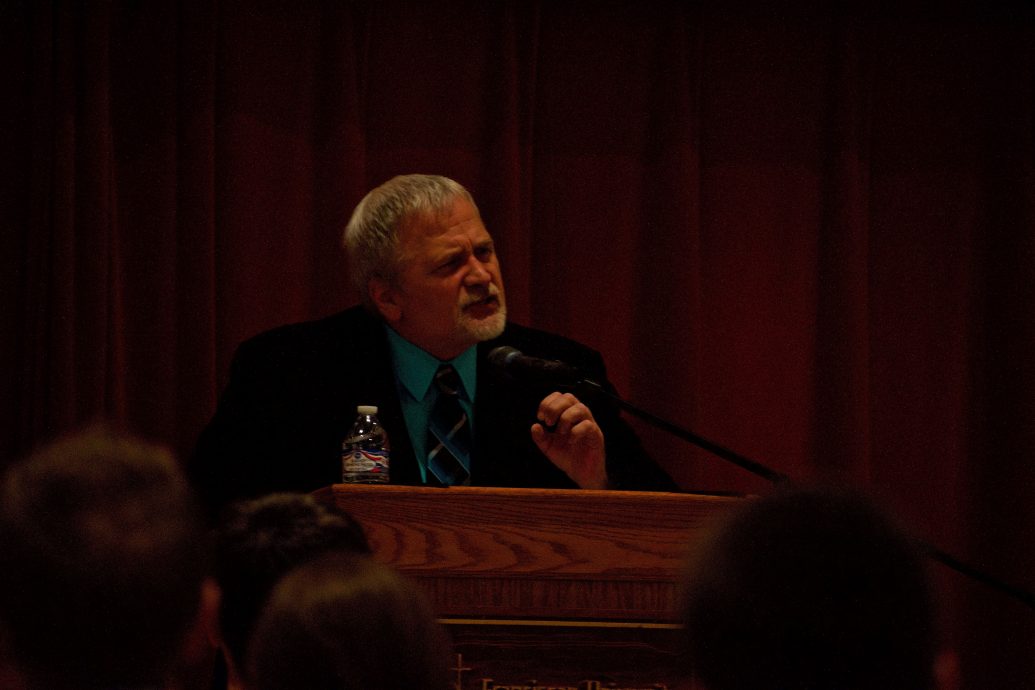 The Gift of Human Sexuality Symposium began its second week on Sept. 8 with a presentation in the Gentile Gallery focusing on how to love and help people experiencing same–sex attraction (SSA).

David Prosen, Catholic author, speaker and newly-hired counselor at the Wellness Center, shared the testimony of his experience with SSA and the advice he has for students who have friends or family members struggling with it.

Having grown up with an abusive father, Prosen said that as a young person, he felt uncomfortable with masculinity and ostracized from other boys his age. Despite the feeling that he did not belong with them, he also recognized his attractions toward the same sex, which grew as he went through high school.

Prosen said he began to live a gay lifestyle in college and following, seeking a place where he belonged but also using drugs and alcohol to cover the shame with which he struggled.

After years of wrestling with his attractions and with the God for whom he was searching, Prosen felt God say, “Yes, you didn’t choose these attractions, but you can choose whether or not you act on them,” said Prosen.

Prosen began to study Catholic teachings and the catechism, and he finally found healing through the Catholic faith, asking God for the strength to carry his cross. Today, he has embraced his identity as a son of God and uses his experience to minister to others.

Prosen said as Christians, we are called to love everyone, including our brothers and sisters who experience SSA, but that does not mean we condone actions that are contrary to Church teaching.

Prosen emphasized compassion, which literally means “to suffer with,” as the way to love someone, not fix them. He spoke to the audience about the importance of listening to loved ones as they talk about their struggles and reacting out of love rather than emotion. He also said Catholics must pray for discernment about what seeds to plant in their conversations.

Grace Dausman, a freshman who attended the talk, said, “It was hopeful for understanding where someone with same-sex attraction comes from, what they might be dealing with and what they might have to face, but also how to love people who deal with it and love them where they are at.”