Speaker says to be truthful, loving to help those with same-sex attraction 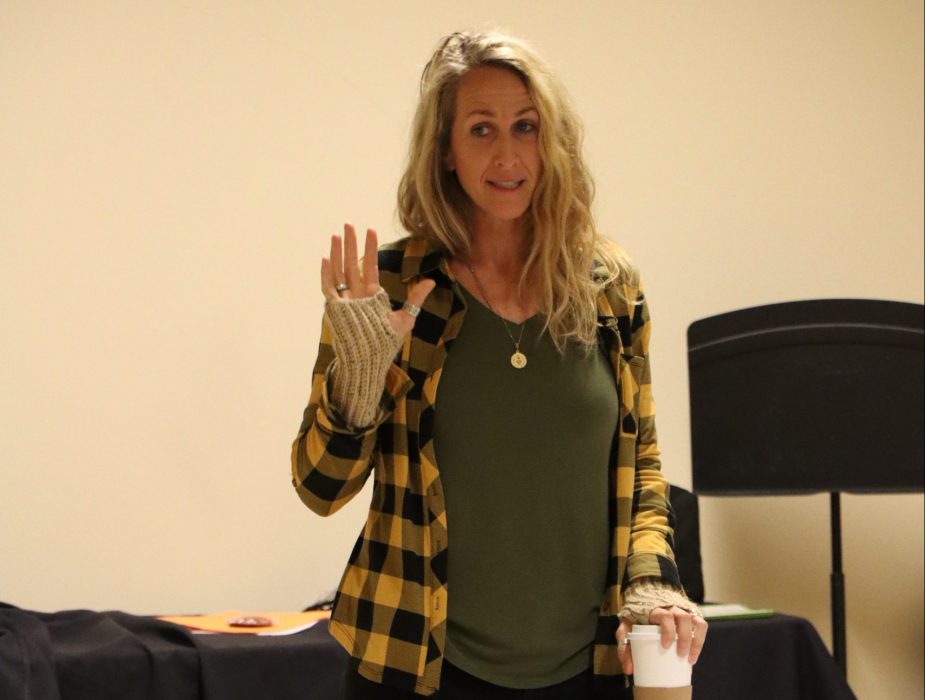 Christians should reflect Christ’s virtues to people with same-sex attractions by coupling truth with love and remembering that sin does not define the identity of a person, said a speaker Monday night to Franciscan University of Steubenville students.

The Gentile Gallery was filled to capacity at one of the university’s last talks of the semester as international speaker Kim Zember shared advice from personal experience about how to help people who have same-sex desires.

Zember said Christians need to stop letting people’s sins define who they are. The Scriptures do not highlight that living out homosexuality is the worst sin; Zember said that homosexual acts are defined by the Church as a grave sin, but it is one of many sins.

“Same-sex attraction is what we’re talking about but really, it’s for any sin.”

There’s a big difference between who a person is and what they are doing, said Zember.

“If you drink a smoothie every day, are you a smoothie?” she said. “No, you are not. … It’s not who you are, it’s what you are doing. … Why, when it comes to identity and sexuality, does that become who I am?”

In order to effectively reach out to friends or family members who struggle with sexual sins, Christians should not separate truth from love, said Zember.

“Jesus is love … but he’s also truth. Sometimes we get a little too self-righteous and we only preach the truth in Christ.”

Zember said she sees a lot of truth thrown around but very little love. There’s a tendency, she said, to create a Jesus who is either a hippie or a Hitler; a Jesus who affirms you in everything or a Jesus who says, “You’re bad, you’re going to hell; the gnashing of teeth.”

Zember said it was damaging in her own life to hear affirmation for her sins from Christians. She said people are afraid to damage relationships by speaking the truth and instead, they jeopardize the souls of others.

“When we affirm sin, when we justify sin, we’re actually helping people stay in it,” she said. “If we say we love someone, it’s desiring heaven for another person. … A friend really is going to stand for your soul.”

It is necessary to show people that you genuinely care, said Zember.

“There are people in your lives right now that you can speak truth to that actually know you love them and care about them,” she said. “That’s a great place to start. … People don’t care what you know until they know that you care.”

Zember said same-sex attraction is something that Catholics need to talk about.

“When we don’t talk about this … we’re letting souls perish because we are not willing for people to not like us,” she said. “We step back in fear. … That is not what we’re called to.”

“We’re called to a higher standard,” she said. “We’re supposed to stand out from the world.”

Junior Rebecca Poston said she liked how Zember encouraged her audience to be fair when trying to help people out of sin.

Zember’s talk was the second half of a two-part series at the university entitled “Temptation and Loneliness Will Not Prevail.”

This event was co-sponsored by Servants of the Eucharistic Heart of Jesus household, Student Life, Franciscan Life, Exc!te, the Missionary Outreach Department, Academic Affairs and the Henkel Lecture Series.

2020-11-18
Previous Post: Students vote that not all men are saved at Dumb Ox Debate
Next Post: For: There’s nothing wrong with spreading Christmas joy during Advent