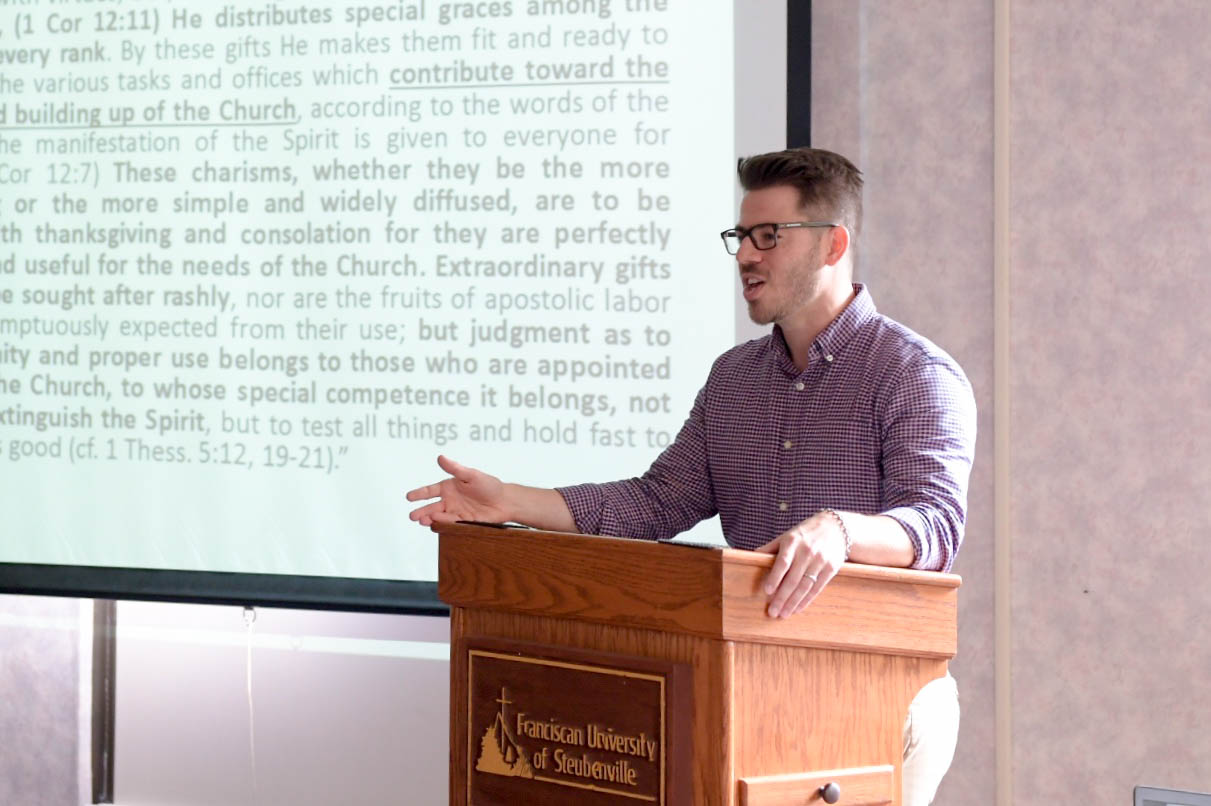 “Present and essential for the life of the Church” is how Ryan Mahle, director of the new evangelization for the Archdiocese of Cinncinati, describes charismatic gifts.

Invited by Beloved First Truth household, Mahle gave a presentation entitled “Understanding the Charismatic Movement in the Intellectual Tradition of the Church” on Friday, Sept. 21. Beloved First Truth, the only Dominican household at Franciscan University of Steubenville, hosted the event as part of a series of formation talks for household.

Eager to listen to Mahle’s perspective, many students, clergy and faculty crowded the International Lounge in the J.C. Williams Center. “I thought it was really interesting and that it brought up points I had never really thought about (regarding) the charismatic movement within the Church,” said freshmen Taylor Smith.

Mahle rounded out his presentation by showing testimonial videos from several of his students who had been healed to demonstrate the charism of healing.

This presentation appealed to a wider audience than solely students who favor charismatic prayer. Mahle also explained the charisms in light of the intellectual life of the Church, saying that the two are meant not to oppose but to affirm one another.

After his initial presentation, Mahle hosted a Q&A session, during which time attendees asked questions concerning the nature of the charismatic movement, Mahle’s own experiences and tips for evangelizing using the charisms. Mahle happily answered every question, providing evidence from Church documents, the Catechism of the Catholic Church and Scripture.

Junior Lauren Gothard, a co-lead of campus prayer teams, best summarized the significance of Mahle’s message: “It was a beautiful talk that inspired and affirmed me in the fact that for the mission of evangelization I need the charisms. From an intellectual standpoint, (Mahle) proved their necessity in the lives of Catholics for the up-building of the Church.”