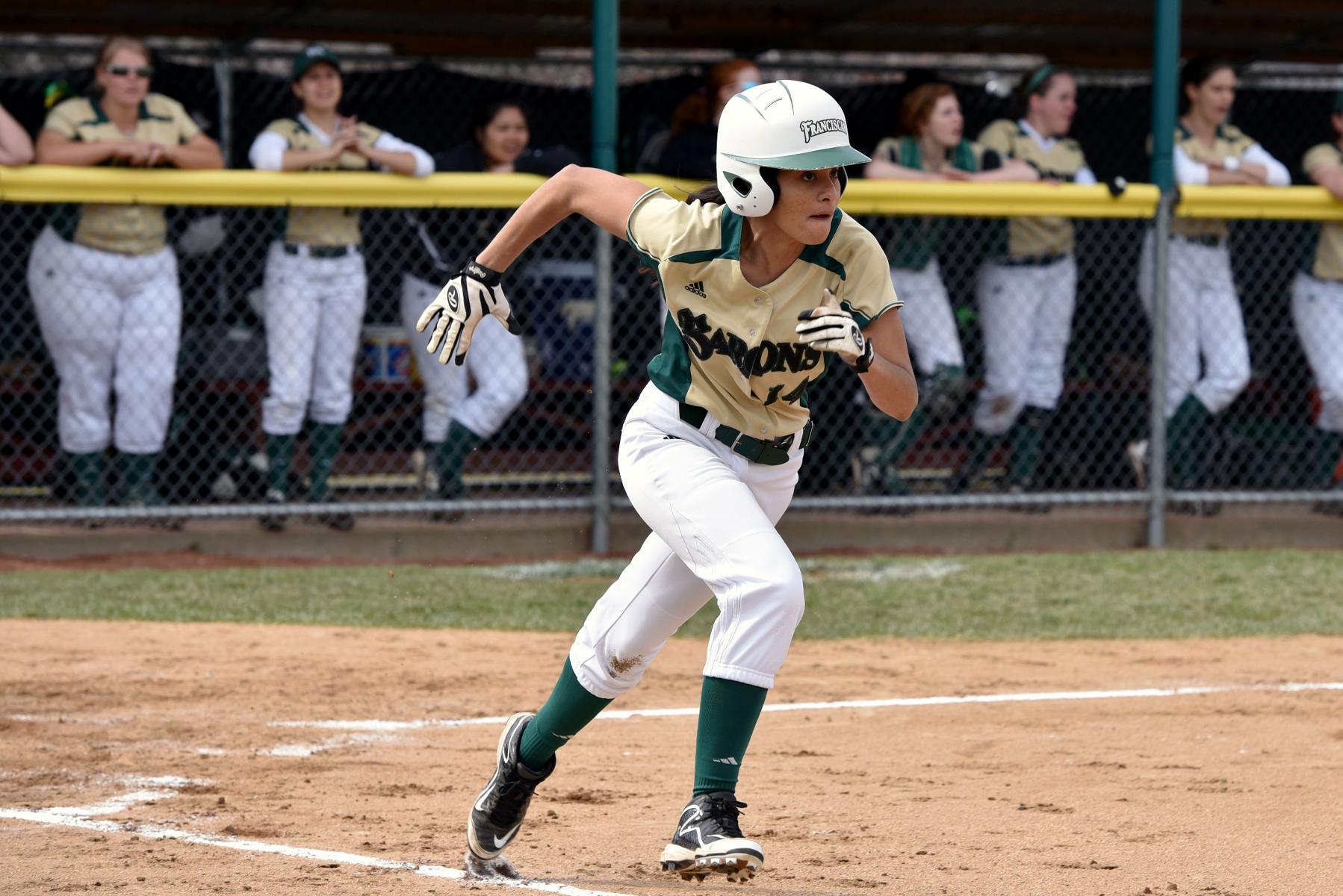 The Franciscan University Lady Barons softball team continued to play hard in spite of two tough losses (14-0, 7-1) in a double header against Bethany College on April 13.

Bethany played aggressively throughout the second game, scoring once in the first inning and holding the lead throughout the game. After the loss to Bethany earlier that day, the Lady Barons played a very strong defense and remained down by only one through the second inning.

In the third inning, the Lady Barons were able to score against the strong defense of Bethany when Franciscan freshman Anna King took first base after the second baseman took her foot off the bag from the fielded bunt. She would go on to steal second and later advance to third as senior Molly Clarahan grounded out.

The fourth inning, however, proved to be much more difficult for the home team. Freshman Amanda Pulice made it to first base before grounding out on third with no runs for the remainder of the game, with the fourth inning closing out after freshman Kelsey Cornelio grounded out and King struck out looking.

With regards to how the Lady Barons might prepare for the next Allegheny Mountain Collegiate Conference double header at the University of Penn St.-Behrend on April 16, Lady Barons’ Head Coach James Walker said, “We can’t strike out. We need to protect the plate on two strikes and swing the bat if it’s close.”
The Lady Barons’ next home game will be a doubleheader this Saturday, April 30, with games at 2 and 4 p.m. against the University of Pitt.-Bradford.

2016-04-24
Previous Post: Conservative Column: The dangers, reality of modernism
Next Post: Biology professor is ‘The Voice of the Barons’