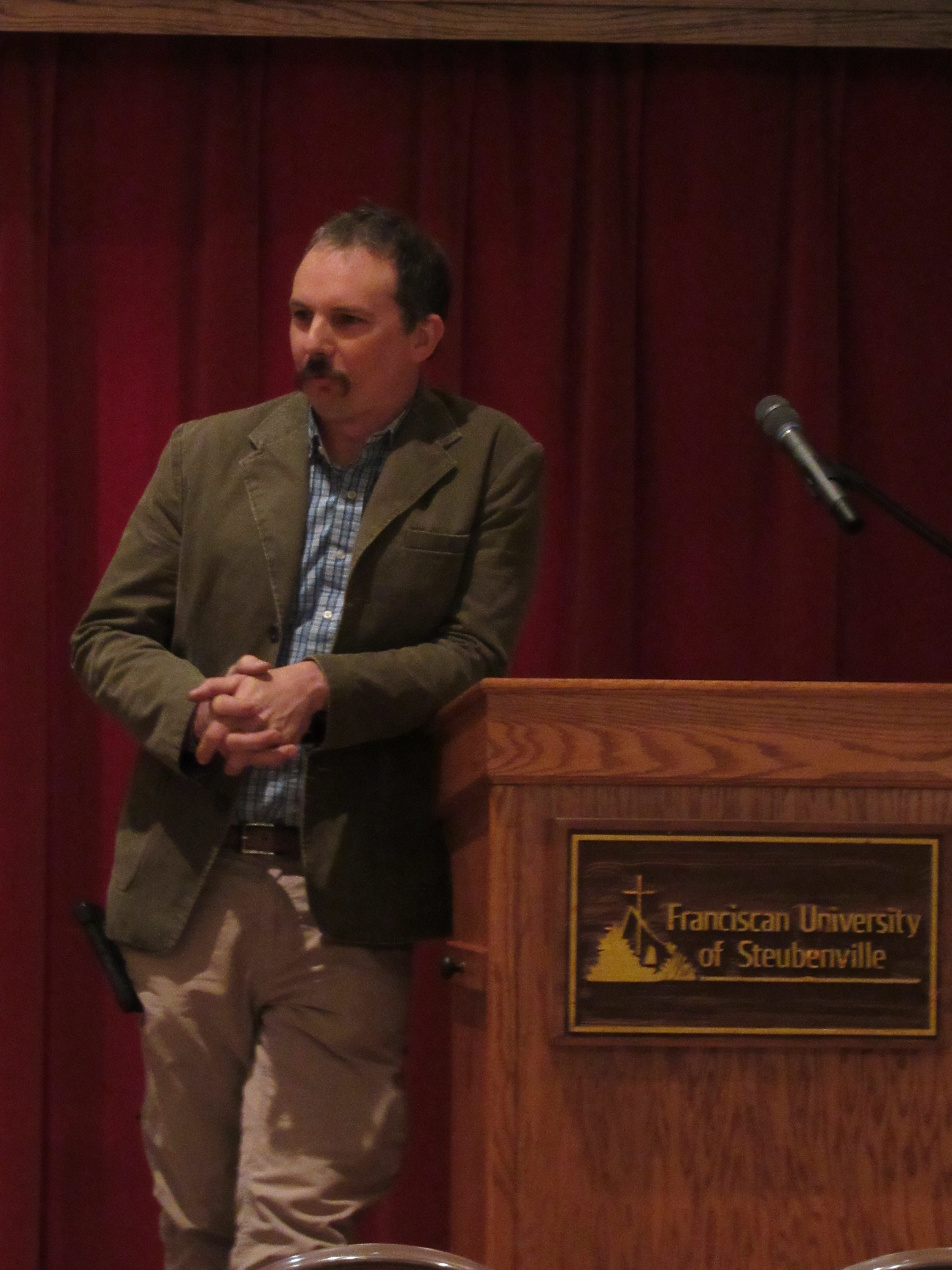 Mark Nelson, the small business owner of Catholic to the Max, visited Franciscan University on March 22 to talk about his background and how he became a successful business owner. The talk was held in the Gentile Gallery and over 40 students attended.

Nelson’s journey to a prosperous business was a long and difficult one, with some unexpected turns. At the start, he only had two customers, both employed by Franciscan University, and that was when Mark knew he had to branch out.

Nelson has since grown his business to 45 employees, and it has become the largest Catholic gift giver in the country. The name, Catholic to the Max, was inspired by Nelson’s Confirmation saint, Maximilian Kolbe.

Nelson’s story was one of perseverance and trusting in the Lord. He was born in a very urban part of Missouri and both parents quit their jobs when he was a small child, he said.

“They had the heart of missionaries,” Nelson said, “moving us closer to a city so that we would be closer to the projects, to a community that needed people with hearts like my parents.”

When his parents moved him to Steubenville, Nelson said that he hated it because he grew up in a rural town. He eventually grew to love Steubenville when he made friends throughout high school. In his senior year of high school, Nelson went to an abortion clinic in Pittsburgh where across the street, there were sit-in’s going on.

“Not very many people know this,” Nelson explained, “but that day was the largest sit-in to ever occur outside that abortion clinic. Over 800 people were arrested that day.”

Nelson continued opening up about his past and told the audience about how he dropped out of Franciscan after two weeks because his only desire was to become a pro-life missionary. Nelson’s heart was so rooted in saving the babies that he even went to prison for two years. “In fact,” said Nelson, “I met my wife in prison because she was at an event I was at, where we were both there to defend the dignity of the human person.”

In 1994, Nelson was released from prison and also had his first child. Even with his criminal record and no educational background, Nelson was able to start his own company: a company which began in a basement but is responsible for all the San Damiano crosses on campus and all over the world.

Nelson’s advice to students was that if you “run your own business, you have less time on your hands, so plan accordingly.”

Many students in attendance were inspired by Nelson’s words.

The talk was sponsored by the Christian Students for Free Enterprise Club.

2018-04-01
Previous Post: Speaker encourages local action of love against trafficking and drugs
Next Post: Latinos for Christ celebrate with a Noche de Fiesta