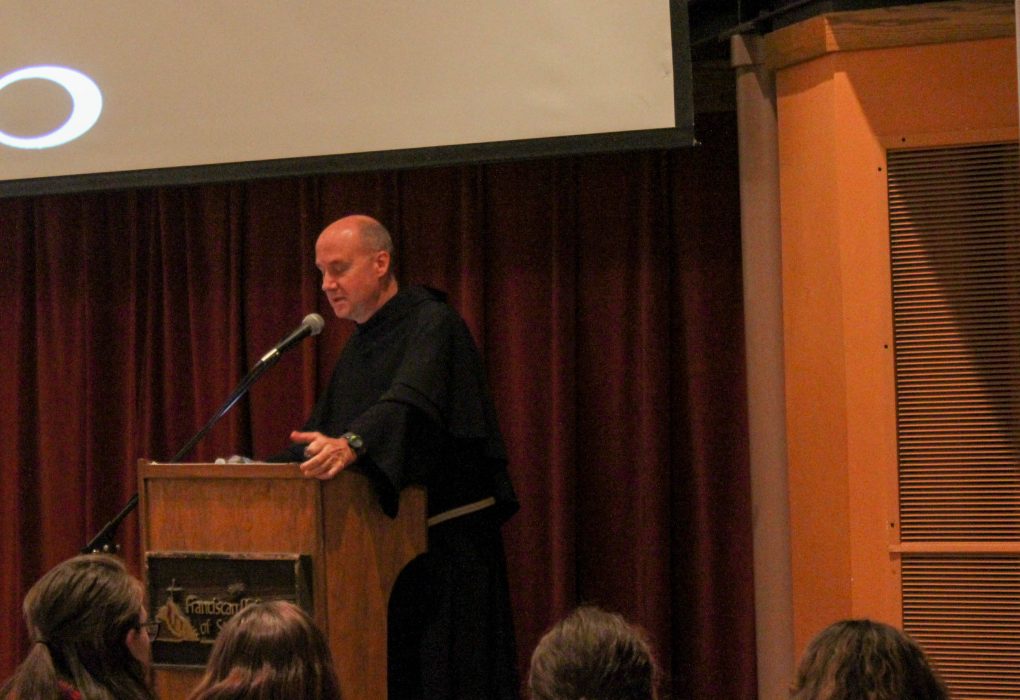 On the chilly Thursday evening of Nov. 29, students gathered in the Gentile Gallery for a film screening of the inspiring documentary about the real life of St. Francis titled “Sign of Contradiction.”

After a prayer and an introduction by the host of the event, the Rev. Dave Pivonka, TOR, who assisted in the creation of the documentary, the showing ran for over an hour and concluded with a brief discussion following both showings of the film at 7 p.m. and 9 p.m. Students, households, teachers and families attended the screenings, filling the Gentile Gallery to the point of almost overflowing.

The documentary presented the life of St. Francis and emphasized his ongoing conversion, his spiritual struggles and his journey to the ultimate end of Jesus Christ, presenting the saint as a fellow human being instead of a distant legend. First released in October 2018, the film introduced St. Francis as something more than simply a lover of animals with the help of scenic cinematography and moving music.

During the discussion, many of the students commented that they found the film both inspiring and beautiful, an excellent way to help those attending Franciscan University of Steubenville understand their patron beyond the images and ivory statues.

“It goes beyond the typical stories of St. Francis to explore who he was as a person,” said Josh Tennyson, a freshman who attended the 9 p.m. showing with his household.

“My favorite part of the movie talked about St. Francis’ relationship with lepers, and how we in our own lives know people who we naturally dislike. We are challenged to sacrifice ourselves and our desires to better love God and others,” said Tennyson, who also highly recommends this movie to his peers, adding that the film is “the perfect documentary for Franciscan students.”