Sherri Kurz: living out a successful career with a family is possible 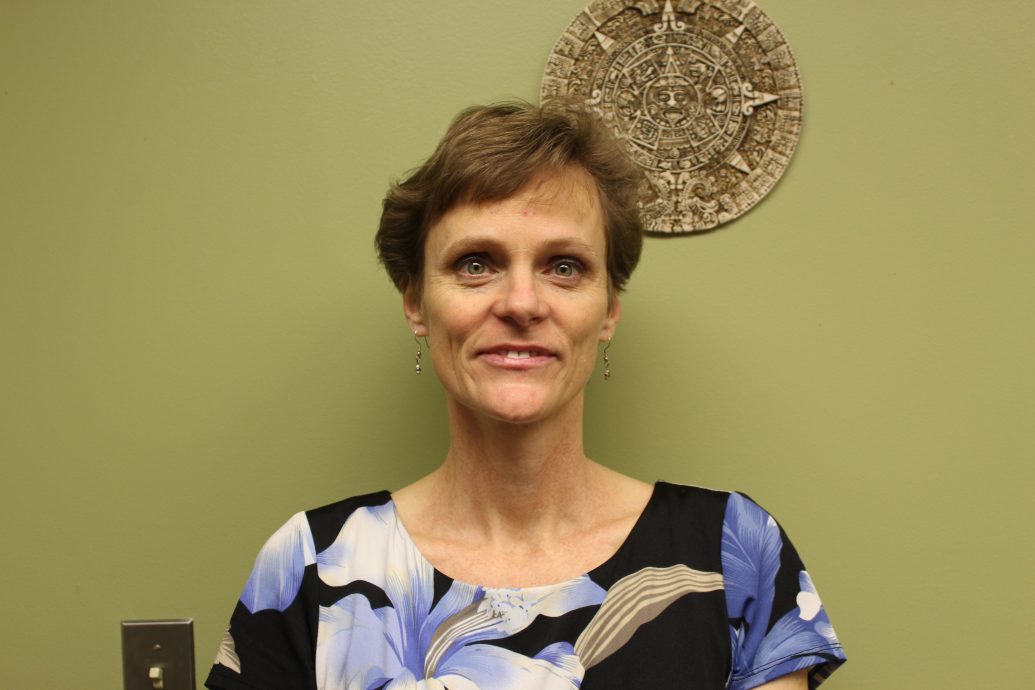 “I wanted to have a career, not just a job,” reflected Sherri Kurz, a Spanish professor at Franciscan University of Steubenville.

Kurz, who is also an alumna of the university, recently earned her doctorate in instructional management and leadership from Robert Morris University. She shared her experiences moving forward in the professional field alongside serving her family.

Kurz, originally from New Hampshire, shared that the Spanish language always “came naturally to me, but I did have to study.” In high school, her parish hosted a foreign exchange student from Spain who helped her love and use of the language to increase. In coming to Franciscan University as a freshman, Kurz said she knew she someday wanted to teach, “…but I just didn’t know what.”

During Kurz’s time on the hill, the university had yet to establish its esteemed study abroad program. Because of this, in order for the future professor to have this particular college experience, she had to somewhat “create” her own program. After spending some time in Spain as a student, Kurz realized that the Spanish language was truly what she wanted to teach.

After college, Kurz moved to Colorado and began teaching high school Spanish. A few years into this position, Kurz made the decision to work toward her master’s degree in order to be able to teach the upper-level Spanish classes.

“Everything converged at just the right time,” reflected Kurz when thinking back to her experiences in graduate school. Kurz had the opportunity to once again study abroad in Spain during this time. It was then that Kurz first met Alberto Descalzo, now her husband. Descalzo, who holds a doctorate from the University of Salamanca in Spain, is also a professor of Spanish at Franciscan University of Steubenville.

Her favorite aspect of teaching at the university, Kurz said, is her students. Since she mostly teaches lower-level Spanish classes at the university, many of her students are not Spanish majors themselves. However, she said they are “fairly respectful … they’re nice kids, and most will at least try.” Furthermore, the professor remarked that she really loves watching students grow in a love for Spanish language that they never thought they would have.

In a recent endeavor, Kurz juggled doctoral studies along with being a wife and mother. With her children now in school, she and her husband believed this to be the best time to move forward with this new project. She later realized, “it would be better for our family moving on. I could see God’s hand in it.”

It took quite a commitment, however. Along with spending time on her teaching and her family, once a week Kurz would drive to Robert Morris University in Pittsburgh for a four-hour night class, a trip she would also make one Saturday out the month.

Kurz, whose doctorate is in instructional management and leadership, is looking forward to incorporating her new experiences into her teaching. Kurz explained that her specific area of study particularly focused on “how to be a leader in the place you work at.” This program truly offered and catered to a wide variety of work experience. “Everyone in my class was in a different department,” said Kurz. “I could really focus on what I wanted to do.”

The professor described how, through what she has learned in her doctoral studies, she would like to encourage students to take charge of their own education. Kurz was particularly interested in the question, “How do I get them to take responsibility for their own learning?” In doing this, Kurz examined how students could best employ their own thought processes to view their studies in a new way.

However, Kurz remarked that her journey to receiving her doctorate was somewhat “unusual.” For one thing, Kurz was not originally planning to do so immediately after graduating with her bachelor’s degree. “There are times and places for everything,” reflected Kurz. “I am not your stereotypical mom at home. I love being at work.” Kurz remarked that she would really like young women, especially her students, to know that having both a successful career and a family is not easy, but it is possible.

In her spare time, Kurz enjoys taking care of her family. “Having two boys keeps me quite busy,” she laughed.

She also helps coach a local youth swim team in which her sons took part. She looks forward to having much more spare time to devote to her family and teaching from now on.