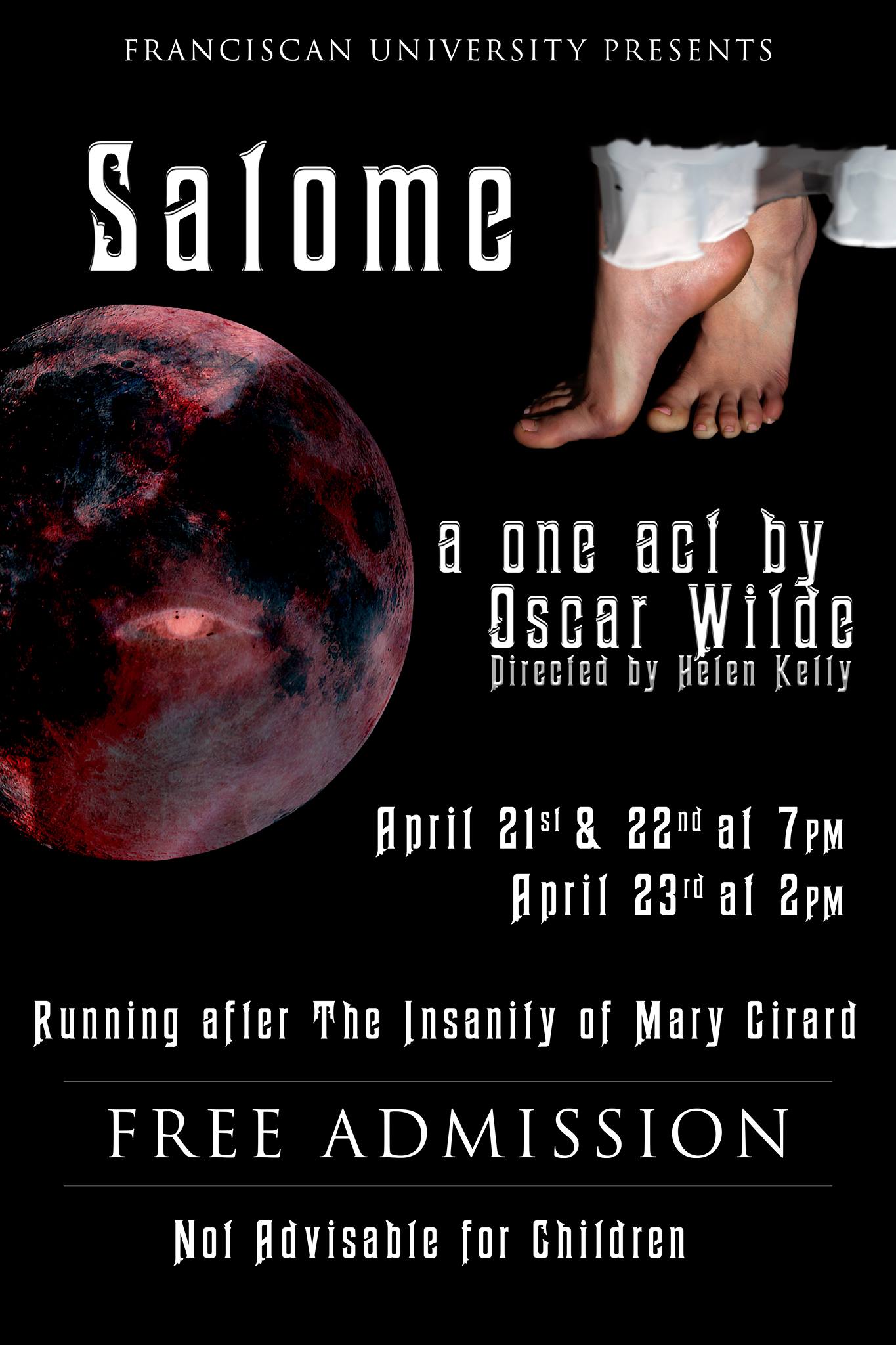 Students filed into Anathan Theatre last weekend for the Friday, Saturday, and Sunday performances of the senior-directed one-acts, “The Insanity of Mary Girard” and “Salome.”

“The Insanity of Mary Girard” was directed by senior theatre major Nick Vicinanzo. The play is about a woman in the 1790s who was wrongly imprisoned in an insane asylum.

According to Vicinanzo, the play is 10 scenes involving Mary interacting with figments of her imagination and her thoughts, the “demons of her mind.”

“Salome,” directed by senior theatre major Helen Kelly, is the story of John the Baptist from the perspective of the girl who asked for his head.

Kelly found this play over this past summer, and her first experience of it was very powerful.

“I really liked the lyrical quality of the words and … all the symbolism,” said Kelly. “I’m not one for realism.”

Kelly and Vicinanzo cast their actors for their one-acts at the beginning of the semester and have been working on the production since then, but their overall process goes even further back.

“The theatre department is not your ordinary acting major. … We are trained in every aspect of theatre,” said Kelly.

The theatre major requires not only acting classes but also technical theatre classes, such as stagecraft, design and directing to prepare the students for the culmination of their time in the theatre department: the senior one-acts.

After their long preparations for their shows, both prior to this semester and during, the two sen-iors had to coordinate with one another to create a stage and lighting plot that could serve both shows.

According to Kelly, “Part of the process is choosing our ideal performance and then tailoring it to having to work with other people.”

Both seniors agreed that, despite the challenges of larger casts, the most rewarding part of their process was working with their actors.

“I’m very much looking forward to sitting back and watching my actors and my tech bring this show to life and just seeing how the work comes out,” said Vicinanzo.

Now that the one-acts are over, Kelly and Vicinanzo are wrapping up their time at Franciscan; however, they plan to continue working with theatre. Kelly’s ultimate goal is to start a theatre company in America that combines Catholicism and the arts.

“Good Catholic art is possible…. I want them to see that there can be strong Catholic true artists,” said Kelly.

Vicinanzo will spend the next three years in graduate school at Brown University and the Trinity Repertoire theatre, getting his masters in acting.

“Because of this education, now I’m able to further my education at another higher level, and then I’ll be working professionally, but it’s all because I started theatre here at Franciscan,” said Vicinanzo, “I am going to miss it terribly.”