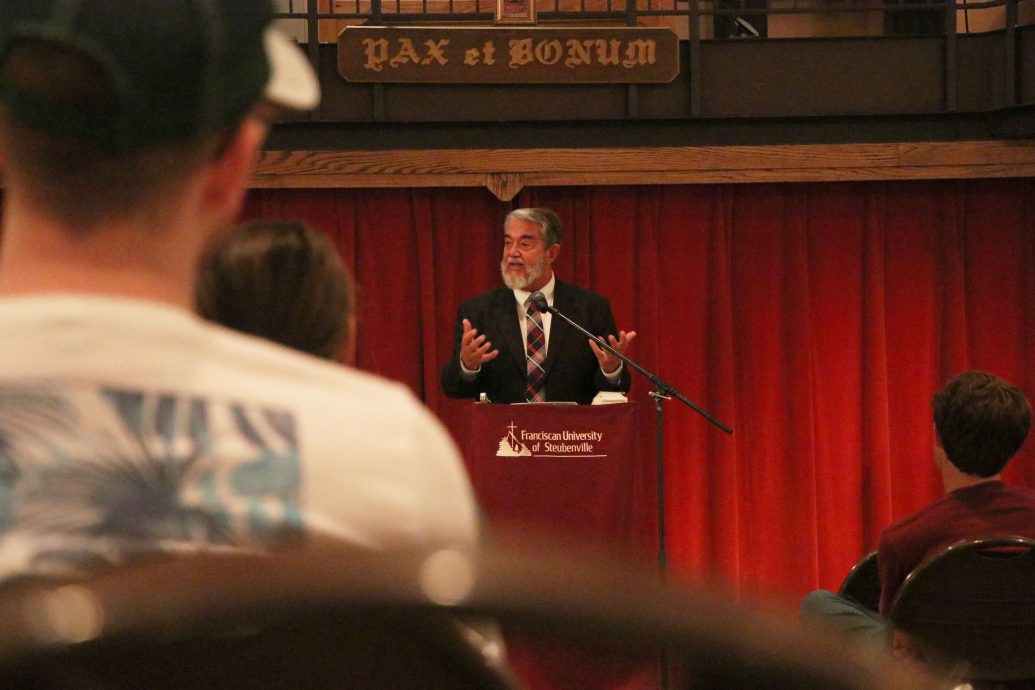 A prominent Catholic theologian cited the religious group Opus Dei as one of the main reasons he converted at a talk in the Gentile Gallery Tuesday.

Scott Hahn, who holds a doctorate in biblical theology, based the talk on his book “Ordinary Work, Extraordinary Grace: My Spiritual Journey in Opus Dei.”

“St. Josemaría saw clearly back in the late 1920s, the 20th century, that Jesus wants everybody to become a saint,” said Hahn.

Hahn spoke on divine filiation, which he said was the foundation of Opus Dei spirituality. Divine filiation, he explained, is the doctrine that humans are the children of God.

“God is the eternal father of Jesus Christ and God is father of those who live in Christ through Baptism by the spirit of sonship,” said Hahn.

Hahn credited the influence of Opus Dei with his conversion to Catholicism from his previous Protestant faith.

“For me Opus Dei represents a discovery — a re-discovery, a re-integration — of Christian experience, a recovery of Christian unity that somehow got lost amidst the shouting matches of the last five centuries,” said Hahn.

Hahn answered audience questions after he concluded his talk.

“I think his speech was well formed and his knowledge of Opus Dei, which I am a member of too, was good to see,” said sophomore Pancho Guzman.