“Rugby under the Lights” kicks off season with victory 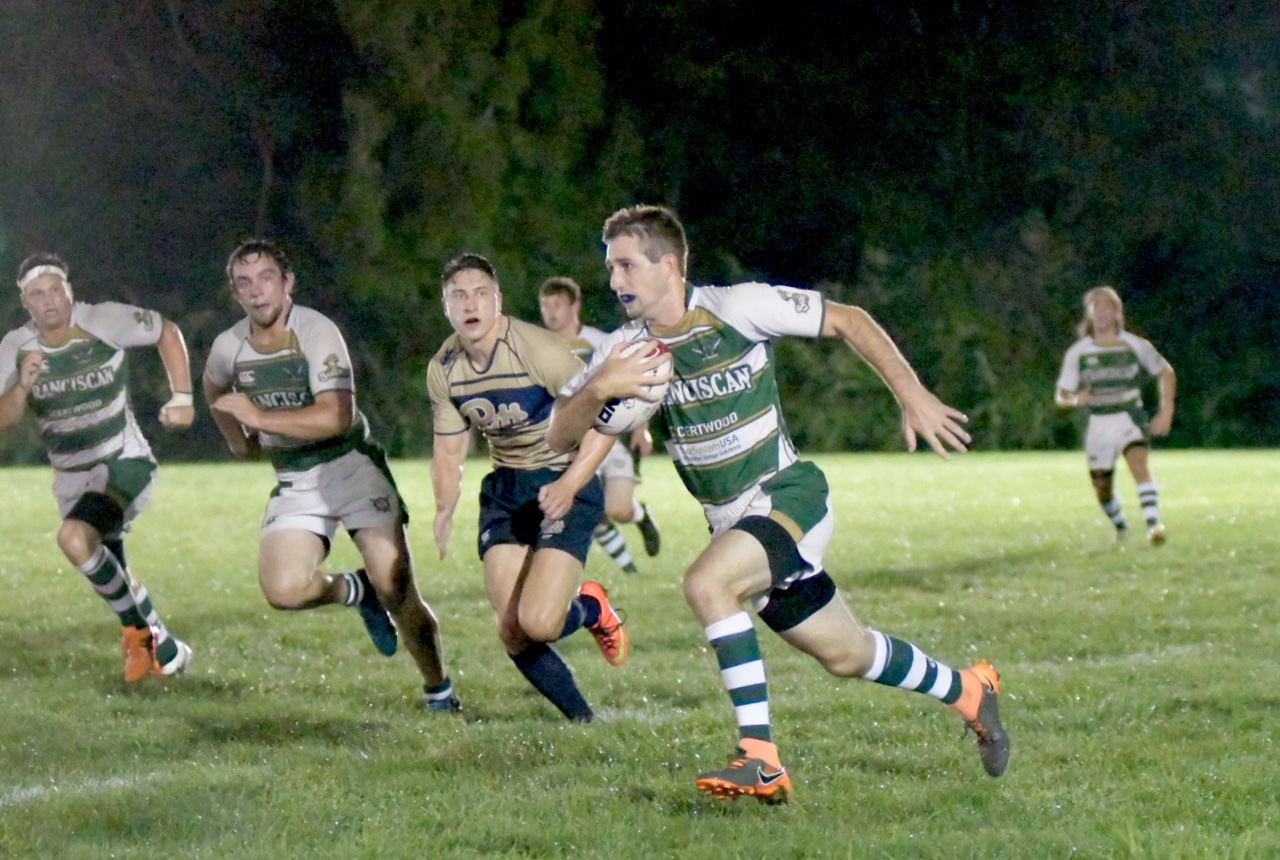 Thanks to seven buzzer beater points gained in the final four minutes of its game, Franciscan University of Steubenville’s rugby team emerged victorious from “Rugby under the Lights” on the evening of Saturday, Sept. 1. The Barons wrapped up their first game of the season with a score of 20-12 against University of Pittsburgh

Play began at 9:45 p.m. on the warm and wet weekend night after a 45-minute rain delay. Senior Matthew Hostutler was the first to score with a penalty kick, affording the Franciscan Barons a quick 3-0 lead.

Within the first few minutes of the game, the Franciscan rugby team had taken the lead 8-0 over the University of Pittsburgh. As the game progressed, the Barons held onto that lead, maintaining the score going into halftime.

Coming back in the second half of the game, Hostutler scored again, but Pitt diminished the point gap, bringing the score to a nail-biting 13-12. In true Franciscan style, the team worked together to expand their lead over Pitt once again.

In the final minutes of the game, sophomore Gabe Iacoviello scored off of a poorly timed turnover by Pitt, and he worked in tandem with Hostutler to score again and win the game 20-12.

The Franciscan men’s rugby team displayed impressive sportsmanship and skill in what was their first game and first win of the season. “It was exciting to see all the guys come together and play as a team for the first time,” said freshman fly half Rafe Lewis. “We have a lot of young talent. It’s going to be really exciting to see how far we can go this year.”

This inaugural “Rugby under the Lights” event also featured halftime kickball activities put on by Franciscan Intramurals and Student Life.

The Barons’ rugby team will continue to compete for their third straight 3RRC title next week as they play for yet another victory on Franciscan’s field against Grove City on Sept. 8 at 3 p.m.