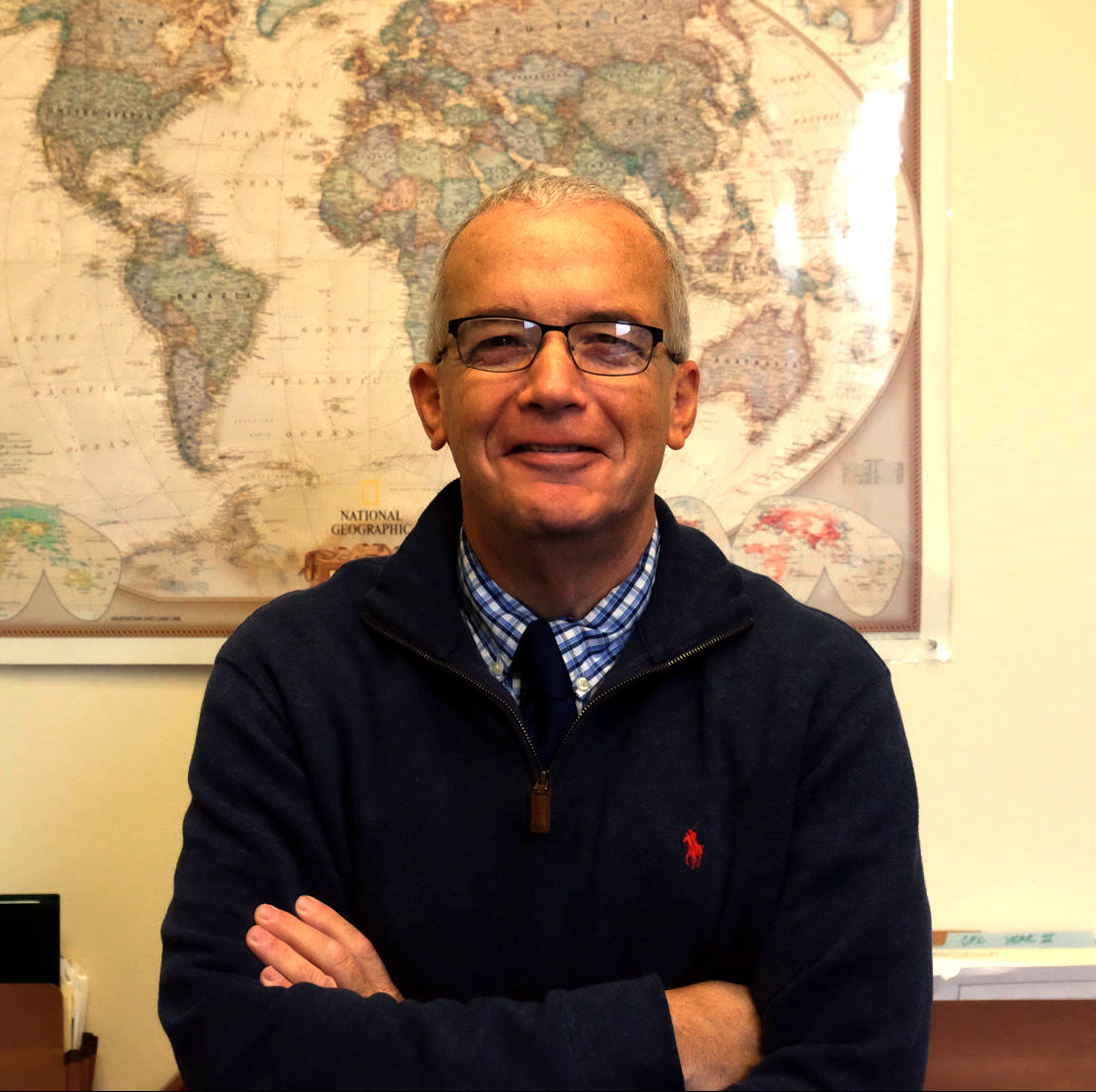 Ron McNamara doesn’t miss living in Washington, D.C. at all.

During his 32 years working in Washington, D.C., McNamara, now coordinator of Student Leadership Development, had the opportunity to meet two saints and a Cuban dictator, and helped resolve more than 800 cases of political and religious prisoners held by the Soviet Union. So this statement is sure to confuse those who know him, but according to McNamara, life on Capitol Hill doesn’t hold a candle to the hill Franciscan University sits on.

“It’s a great breath of fresh air to be working with young people after working with Congress for more than 30 years,” said McNamara, who serves as the Coordinator of Student Leadership Development at the university.

McNamara was born and raised in New Bedford, Massachusetts. He attended Bishop Stang Memorial High School in nearby Dartmouth, which he says he first began to take an interest in politics through watching the proceedings of the Watergate investigation in 1974. McNamara said that he received permission from the school administration to watch the proceedings in the faculty lounge, which sparked his interest in working in the government

As a sophomore, he learned about the Foreign Service, the diplomatic service of the U.S. government, which greatly intrigued the young McNamara. He decided to pursue a degree in political science from George Washington University, known for its education in international affairs. “I could have gone to Providence University, which was only 45 minutes from my home,” said McNamara, “But I chose GW because I figured that if I want to study politics, Washington, D.C. would be a good place to do that.”

It was while he was a student at George Washington that McNamara had the chance to meet St. John Paul II. “I was an altar boy at St. Matthew’s Cathedral (in Washington, D.C.). When John Paul II came to town during his first papal visit to the United States, Cardinal William Baum, who was the archbishop at the time, organized an opportunity for us to meet the pope,” says McNamara.

McNamara said after kissing the pope’s ring, he gave the pontiff a great, big bear hug. “I’m not sure if that was keeping with protocol,” McNamara said with a chuckle.

Upon graduating from George Washington in 1980, McNamara began work as part of the mail room for Sen. Richard Schweiker of Pennsylvania. Despite being told that there were no possibilities for advancement, McNamara was able to move up a notch when a legislative correspondent position opened up a few months later.

When Ronald Reagan come out on top in that year’s presidential election, Sen. Schweiker was asked to become his Secretary of Health and Human Services. Several members of Schweiker’s

staff were recommended for positions with other senators, and McNamara landed a job as a legislative assistant for Sen. Al D’Amato of New York, where he worked for the next six years.

McNamara had encountered another saint during this period, but this time the encounter was completely unplanned. According to McNamara, the grounds of the congressional buildings are so expansive that they are connected by a series of underground passageways. One afternoon, McNamara was passing through one of these corridors when he recognized a familiar figure coming the other way.

“I noticed this diminutive figure walking down the corridor all by herself, and as she came closer, I recognized her as Mother Teresa of Calcutta. As our paths literally crossed, I smiled and said hello, she did the same, and we both continued on our way,” said McNamara.

To this day, he still gets grief from family for meeting a living saint and only saying hello, but McNamara says that for the great saint, “That was enough.”

In 1986, Sen. D’Amato became the chairman of the Commission on Security and Cooperation in Europe, and asked McNamara if he would like to join the commission as part of the staff. According to McNamara, “I couldn’t have found a more perfect job for myself.” In this role, McNamara was able to engage in the type of diplomatic service that he had wanted to do since his high school days. According to McNamara, he was able to act in a “quasi-diplomatic fashion” on several occasions, including joining U.S. diplomatic contingents on trips overseas.

One such trip was to Cuba, where McNamara had the chance to encounter the dictator Fidel Castro in what he called a “Twilight Zone-like experience.” He added that, “It was a little surrealistic to meet him, especially since my dad told me a lot about the Cuban Missile Crisis and how it created the prospect for war.”

McNamara spent 26 years on the commission, including time as the director of international policy. Much of his work involved human rights, specifically in Eastern Europe and the Soviet Union. McNamara said he was drawn to this sort of advocacy for human rights in large because of his sense of social justice by virtue of being a Catholic.

In 2011, McNamara began working at the university, helping the Center for Leadership program get off to a successful start as well as supporting student leadership in other capacities. He says that his favorite part of the job is working with young people and encouraging their formation in virtues and practical leadership skills. McNamara also is busy in other ministries, such as Students for Life and says that he gets involved, “so I can take advantage of the opportunity the Lord has given me to serve.”

When asked if he misses working in our nation’s capital, McNamara quickly responded no.

“When you look at the Capitol or the White House, you might be tempted to think, ‘That’s where the power lies,” he said. “But I’ve told students that there’s more power on this little hill in Steubenville, Ohio, than on Capitol Hill because the power of prayer is more enduring than Capitol Hill is in the long run.”