Rob from the Pub: How the Franciscan experience has opened doors for him 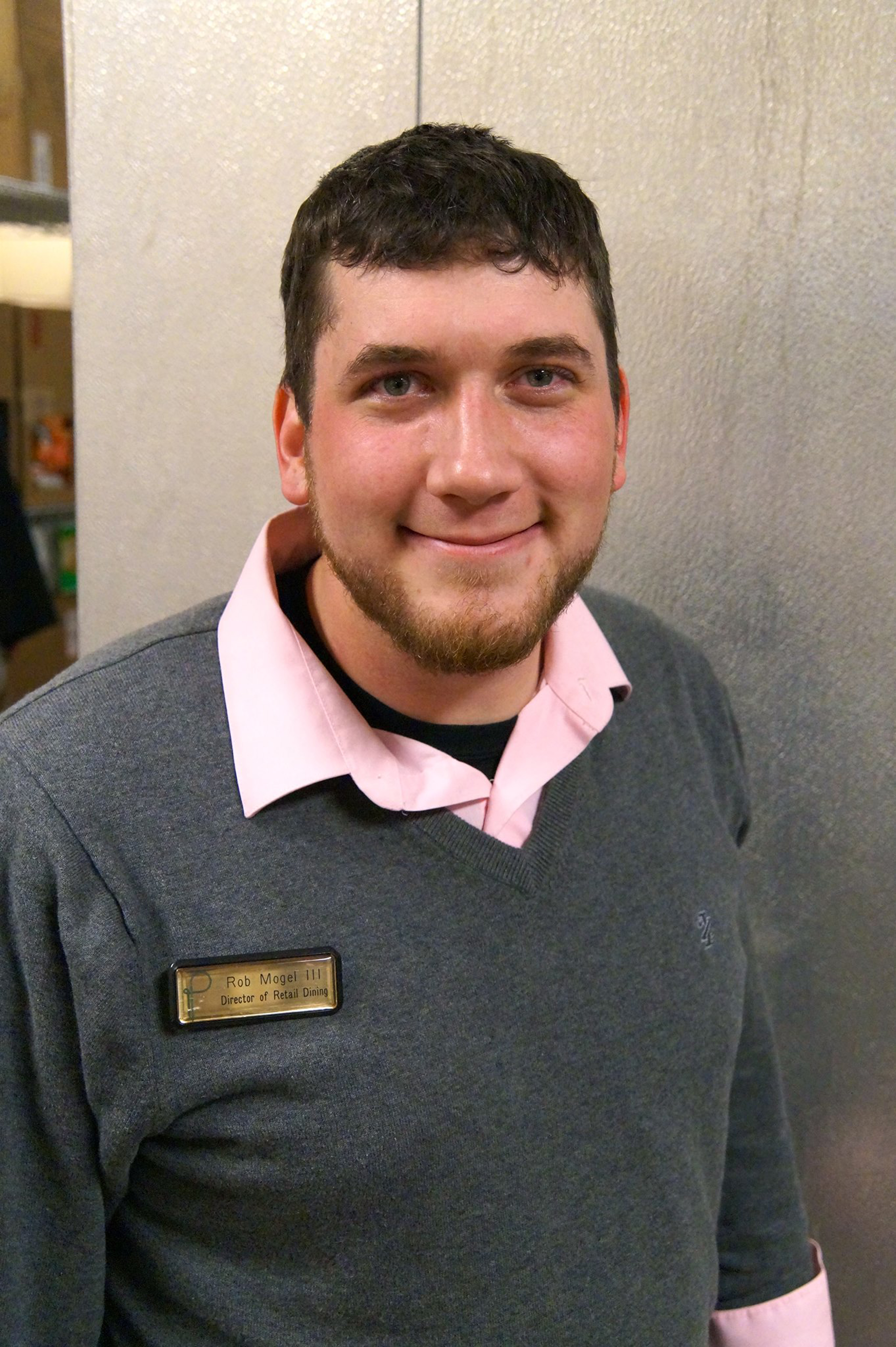 Rob Mogel can usually be seen around the Pub, smiling and talking with his team members. Who is the man in the suit? As of July 2015, he is the director of retail dining for Parkhurst Dining.

Mogel said the hiring process took a very short period of time, and within three weeks he had moved from Meadville, Pennsylvania, where he worked at Allegheny College, to the Steubenville area.

Mogel’s attitude toward his work can be described by his words that “challenges happen, and we overcome them.”

He said, “I absolutely love what I do. … There’s no other job in the world like it.”

To Mogel, the best part of his job is “having the interaction with people, not just clients or guests but team members.”

He went on to praise the Franciscan experience for the “open and accepting” culture, which helped put him at ease.

“Every single person on campus I’ve interacted with has been nothing but awesome, and that is an understatement,” Mogel said.

One of the key aspects about Franciscan that drew Mogel was literally the opening of doors, he said.

Mogel said that when the Parkhurst vice president and district manager were visiting Franciscan with the proposal to take over dining, they were carrying bigger boxes, and “students walking in the opposite direction stopped and asked if they could carry the boxes for them. They didn’t open one door while on campus.”

Mogel experienced a moment that he said “opened my eyes to the level of seriousness that we take our faith here” when he came to see a couple of meal services during a youth conference at the university prior to Parkhurst taking over.

During breakfast observation, “one of the kids said, ‘This place is awesome! It’s like the Mecca for Catholics in our country here in the U.S. Every Catholic needs to visit Franciscan University of Steubenville of Ohio at some point in their life,’” said Mogel.

He said that his keys to success are communication and time management.

Without communication, he said, “things will fall through the cracks.”

Mogel said that one of his life goals is to open his own business. He said that he hopes to own and drive a food truck down South someday, probably in the Carolinas, with a friend of his.

“It’s like having your own baby,” he said. “You raise it on your own, and you start from the ground.”

Mogel’s joy at serving the university community is apparent by his cheerful attitude every day while interacting with people.

“I love dealing with people, and I love food,” he said simply.