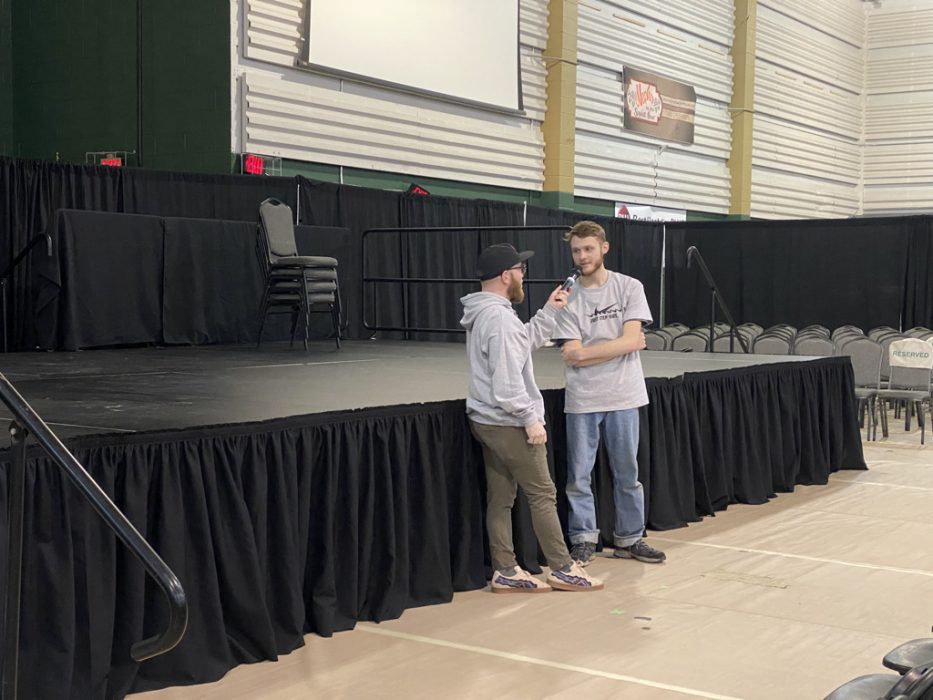 Students participated in a retreat that focused on friendship and relationships in Finnegan Fieldhouse Saturday from 6-9 p.m.

Before the retreat, Men’s and Women’s Ministries provided pizza and soda in the lobby of the fieldhouse beginning at 5:15 p.m.

Kris Frank, Franciscan University of Steubenville alumnus and vice president of Vagabond Missions, was the first speaker of the night. In his first talk, he discussed finding friends and how to manage friendships.

Frank talked about important qualities of good friends and said good friends help better a person. He said he had a friend correct him once when he made a crude comment, and it deeply impacted him.

He said, “We need friends; it is irreplaceable, and yet it takes time, it takes sacrifice. That’s why Jesus said there is no greater love than this than to lay down a life for a friend. Because he knew: for us to be in relationship for one another, it was going to take sacrifice.”

After a brief break, Frank switched to the topic of relationships and dating. His second talk focused on finding the right person to date.

“So, if we are people of character, of integrity, and we just like hanging out, there’s chemistry. We could have potentially a great relationship. So that’s the who,” Frank said.

The second speaker was Grace Frank, Franciscan alumnus and Kris Frank’s wife. Her talk addressed how to go about dating.

Grace Frank said, “I just want us to look at dating and frame it this way. Dating is not a destination, a place to site, an end to achieve. But it is a process of evaluation.”

She said that clarity, kindness and purity were three areas to keep in mind when going on dates and formally entering into a relationship with someone.

The talks were followed by a panel discussion that allowed students to ask questions about friendships, dating and relationships.

The retreat ended with a short time of praise and worship.

The retreat was sponsored by Men’s and Women’s Ministries.