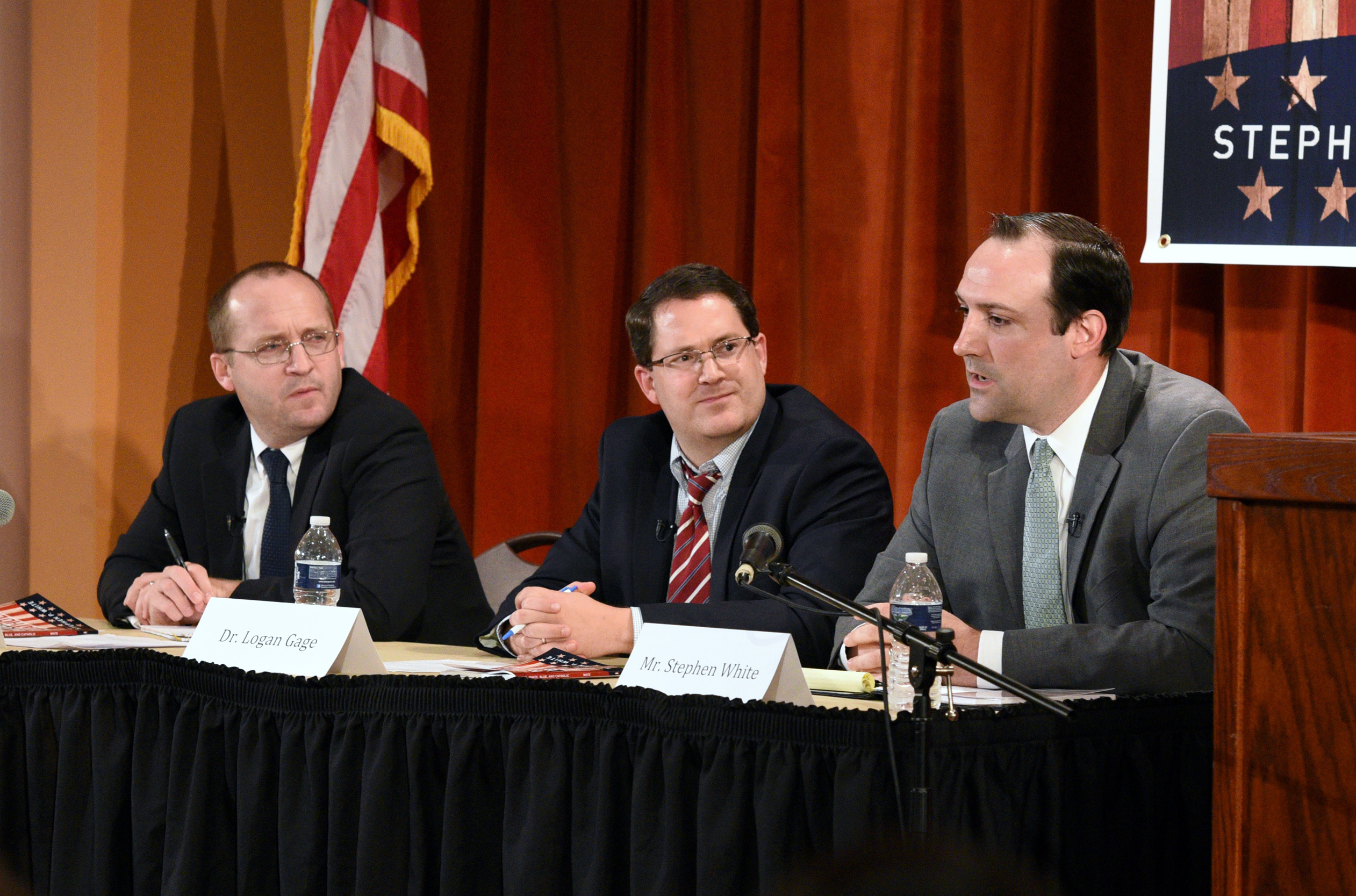 An expert on Catholic social teach and contemporary political issues spoke at Franciscan University about integrating faith with politics in the midst of the upcoming election. Stephen P. White delivered the talk hosted by the philosophy department entitled “Red, White, Blue, and Catholic.”

The lecture, based upon White’s recent book with the same title, was held Thursday, September 8, in the Gentile Gallery.

White said his book is not a “voter guide.” Instead, he said he intended the work to be a reminder of Catholic social teaching in a society that opposes it.

White defined the core principles of Catholic social teaching as dignity of the human person, subsidiarity, solidarity, and the common good. He warned that the current confusion over marriage and family may have perilous consequences. “When the family breaks down, we lose the primary engine for society itself.”

White stated that the Church has done great good for the country not only through its schools, hospitals, and charities, but because it reminds us that “there is justice beyond this world.”

Following White’s presentation, Dr. Andrew Jones, vice president of research at the St. Paul Center for Biblical Theology, identified a society “defined by the love of material pleasure” such as ours with the Augustinian City of Man.

“Catholicism calls us to…sacrificial love (as opposed to the self-love of secular culture),” said Jones. “If the love of neighbor overwhelms the various loves of the City of Man, the State would recede…The best thing we can do for America is to become saints.”

A Q-and-A session immediately followed the lecture, during which topics ranging from the possibility of stricter divorce laws to the Church’s teaching on property rights were addressed.

“Let’s not let Trump and Clinton set the agenda for tonight,” Gage said, adding that he hoped the lecture would prompt the audience to “think more deeply about politics…instead of the latest political scandal or grievance.”