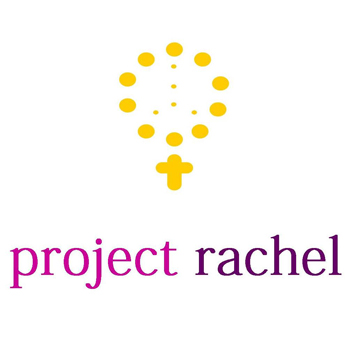 “We shouldn’t speak about the sin of abortion without talking about the mercy of God,” said Gina Dombrowski, a member of Project Rachel, summarizing the focus of the ministry.

Founded in 1984 in the archdiocese of Milwaukee, Project Rachel is a ministry that has provided women with mental, emotional and spiritual help after they have had abortions. The United States Conference of Catholic Bishops adopted this ministry in 2010 as the model for post-abortion healing in the country. “The bishops of our country see ministering to men and women who have had an abortion as part of the New Evangelization,” said Dombrowski.

The name of the ministry came from the Biblical matriarch Rachel who in the Old Testament cried out for her children. Jeremiah 31:15 describes Rachel’s mourning, but God tells her in the next verses to dry her tears, for there is hope. “That scripture is prophetic in that the ministry is a ministry of hope to those who are weeping and suffering from the loss of a child through abortion,” said Dombrowski.

Seven years after its founding, the project was launched in the Diocese of Steubenville, where it eventually reached Franciscan University of Steubenville’s campus. “Our Diocese … just very much wants to reach out and heal. Our bishop really wants this ministry to grow,” said Dombrowski. Because of the need for ministers in this field, Project Rachel looked to Franciscan due to its strong identity in the pro-life movement in hopes of finding students to minister to others on campus.

While Franciscan stands firm in its pro-life community, there have been women on campus who had abortions but could not find help or healing. “They heard … very militant language, like, ‘these women murdering their children,’” said Dombrowski. “These women really were in very difficult situations, and rather than feel any kind of invitation to healing here, they were afraid to speak up.”

In hopes of creating a culture that fosters more healing, there is a team on campus consisting of priests and counselors to which students, both men and women alike, can go to receive healing. Students can call the hotline number to utilize resources such as counseling, prayer opportunities and spiritual direction. The number is 888-456-HOPE.

In her endeavors to spread the ministry, Dombrowski has also spoken to the young men in the Priestly Discernment Program to prepare them for what to do and how to act when they encounter a woman who has had an abortion. She informed them they should not speak of abortion as a sin without speaking of God’s mercy. She also reminded them to pray for those men and women who need healing and to reach out to them with compassion.

Project Rachel is offering two retreats this year. One, called Rachel’s Vineyard, will be April 5-7 for women who have had an abortion. The other, called Entering Canaan, will be led by Lumina, another post-abortion ministry, from Aug. 16-18, and it is specifically for those 18 and older who have lost a sibling due to abortion.

During these retreats, students can find healing through witness talks and support groups and receive the sacraments of Holy Communion and Confession. They may even tell their own stories if they are comfortable doing so; however, that is not required. Students who have gone on these retreats or have received these services have often felt relief and had life changing experiences.

Most importantly, Project Rachel seeks to raise awareness that those who have had abortions can find healing. “Most people know that the Church is against abortion, but what they don’t know is how strongly the Church wants to help heal those who have suffered from (abortion),” said Dombrowski.