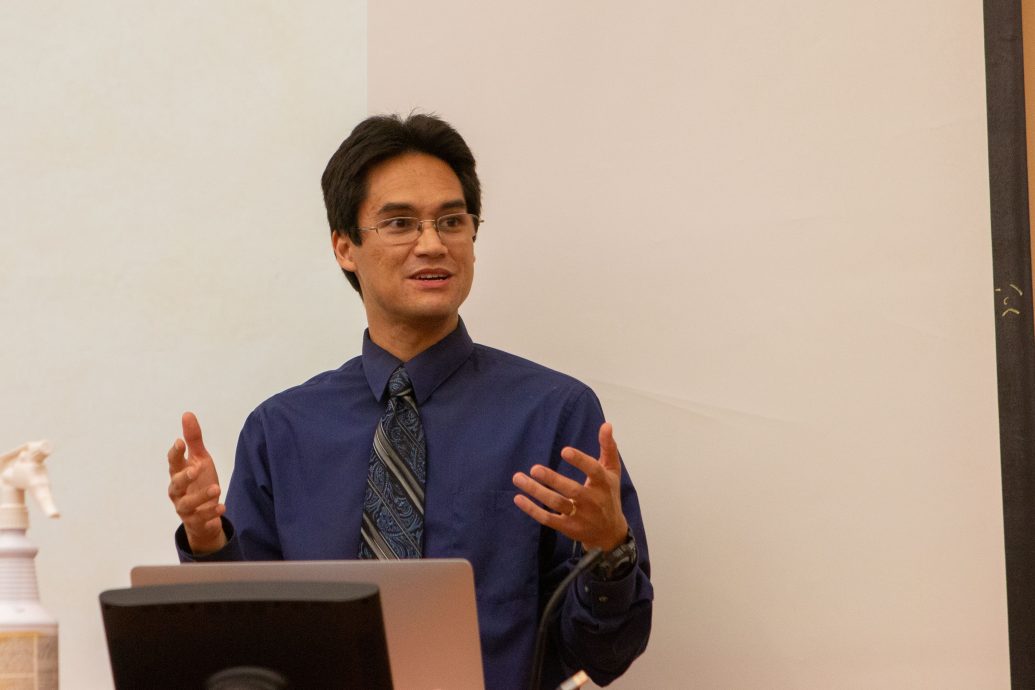 A biology professor said it is important to organize, evaluate and innovate when continuing pro-life work after college at a talk Thursday evening in Pugliese Auditorium.

Derek Doroski, who holds a doctorate in biomedical engineering, gave a talk on spreading the pro-life message after graduation.

He talked about how to be effective in spreading the message and different ways of doing it.

Firstly, he encouraged people to become involved in various pro-life groups available to them. Whether at church, school or even something created on one’s own, anything is a good start.

Doroski said it is critical to first have a plan and then execute it to start spreading a message.

Doroski said when one first begins to organize, it is easy to get discouraged when things start small, but it is important to trust that they will grow naturally from there. It helps to learn from what has attracted people in the past and to put on events similar to those, Doroski said.

“If we want to build a group and make a group strong, then we have to ask ourselves how to draw people in,” said Doroski.

Doroski said it is important to build community and friendships outside of just the serious things being discussed. Abortion is a depressing topic, and friendships cannot thrive in negativity. Instead, Doroski said people should also put on fun events like game nights.

The next step is to evaluate. When putting on events, Doroski said the success of the event should be evaluated to determine whether or not to bring it back again. Trying new events is a good way to build up community, he said.

The last step Doroski mentioned was innovation. He said people should come up with ways to evangelize, like tabling or surveys. He said to watch language use, like “pro-choice” versus “pro-abortion.” He said it could be helpful to even show people videos of the process of abortion to make them see what they are supporting.

Freshman Natalie Garza said, “It was very cool to learn about how to start a group like this. This could be useful in creating any kind of group.”