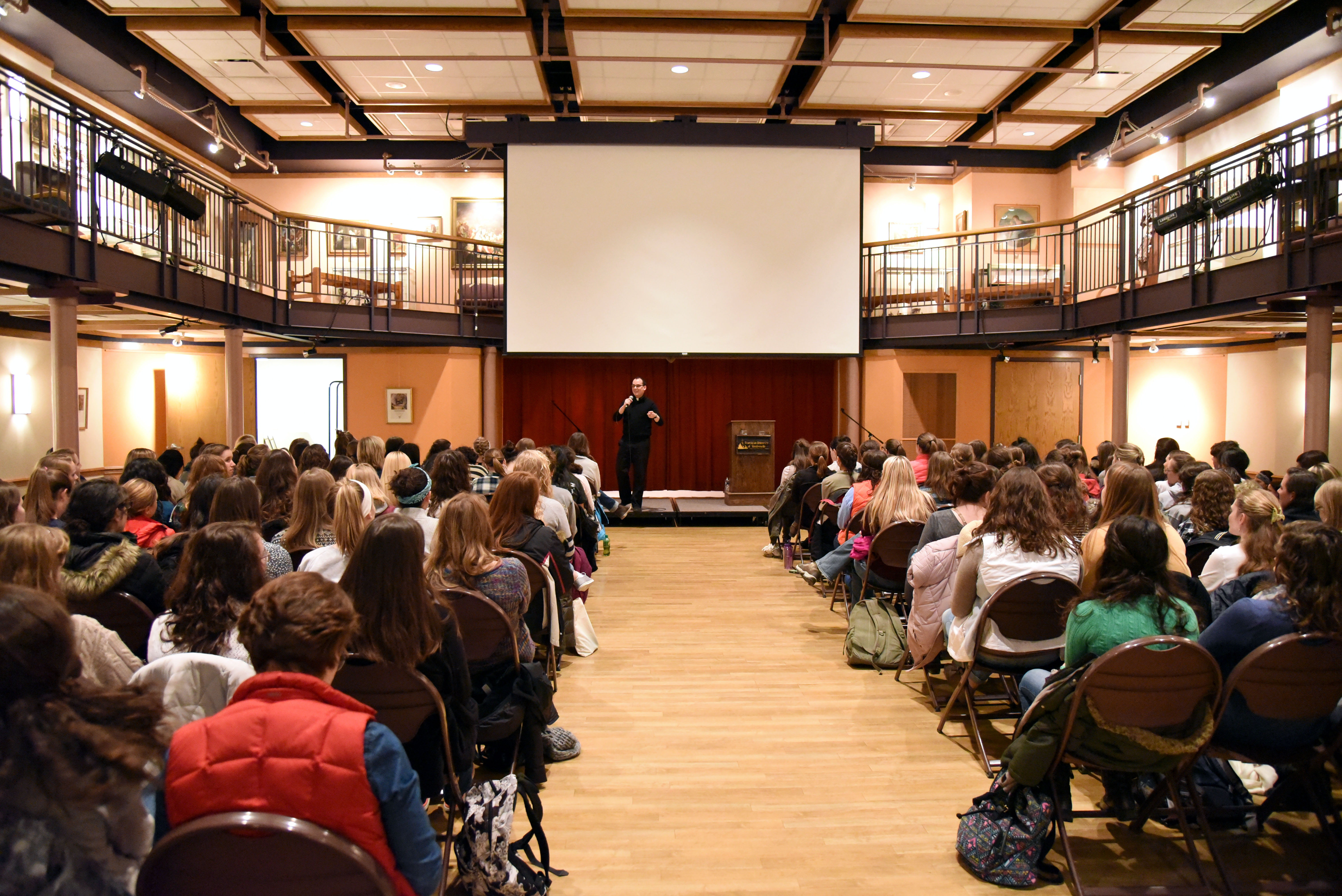 “When you’re hungering, you are hungering; when you want love, you want love,” said the Rev. Ryan Mann, guest speaker at Franciscan University Women’s Ministry’s talk Feb. 17 in the Gentile Gallery.

The event titled “A Tabernacle of Flesh and Blood” included a theological discussion relating the sacrament of the Eucharist to the Theology of the Body by Pope St. John Paul II.

“The whole Mass is Jesus attempting to woo his bride to the point of us, the bride, trusting him enough to open ourselves to his gift,” said Mann, speaking to the crowd of women in the room.

Rachel Lavallee, a freshman psychology major, said, “Jesus desires to be with us and the sacraments all point to that unity.”

Sin caused division in the relationships between man and woman and God, said Mann.

“Humans are not in their natural habitat,” he continued. “Put a frog in the desert, minus the book of Exodus, it’s going to die.”

From Theology of the Body, Mann reflected on how the human body has the capacity to reveal the Trinity as the pinnacle of creation because humans are made in the image and likeness of God.

“I thought it was really beautiful and really interesting. He presented Theology of the Body in a way I hadn’t heard before,” said Lavallee.

Megan Reznicek, a freshman communication arts major, said “I loved the connection that Father drew between the union of man and wife in marriage and the union of flesh and blood that occurs when we receive the Eucharist.”

At the end of the talk, Mass was celebrated in Christ the King Chapel where Mann was the presiding celebrant along with the Rev. Nathan Malavolti, TOR.