Priest inspires students to find purpose in the ordinary 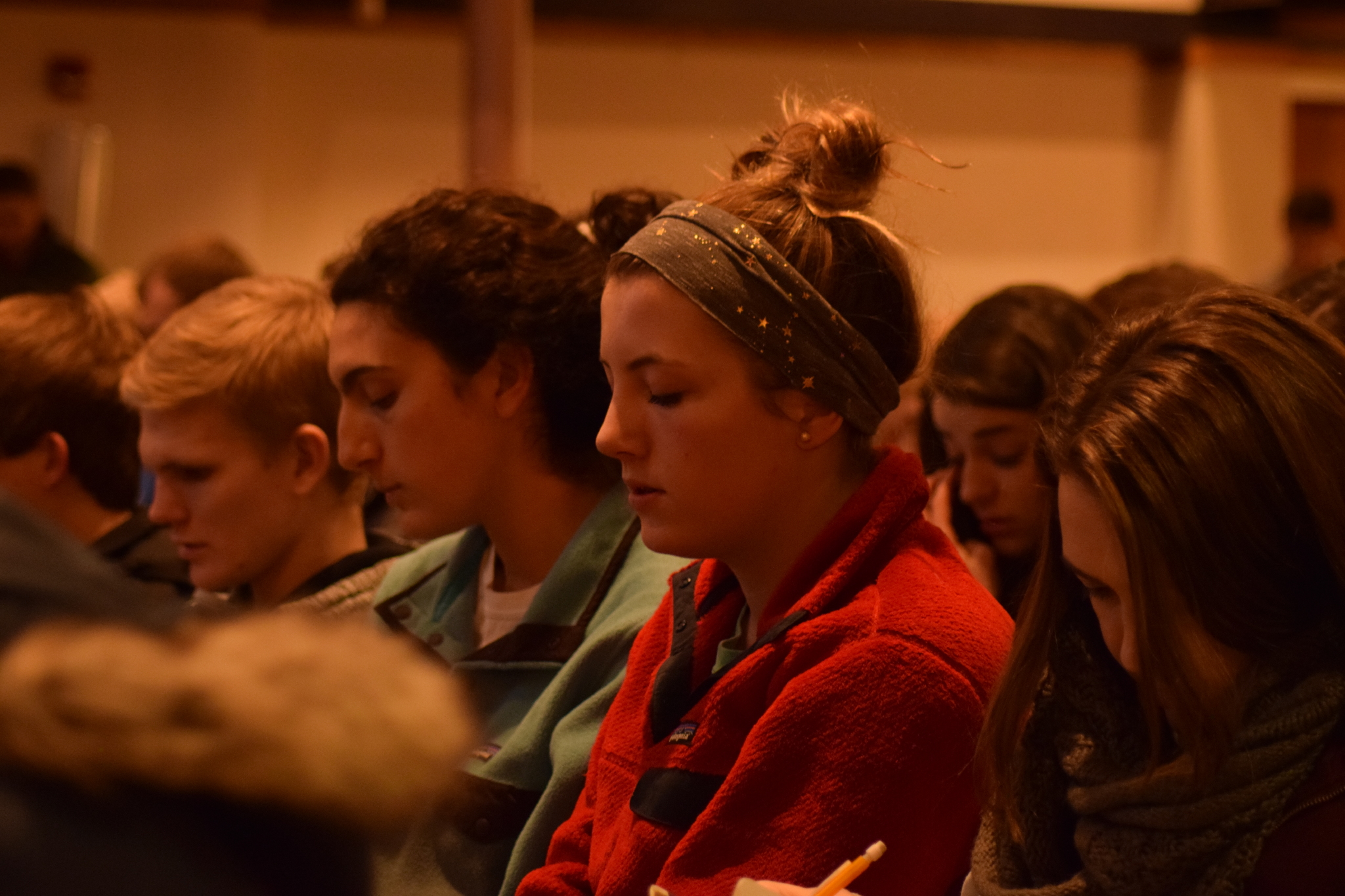 “Keep your heart beating at God’s rhythm and to preach with the simple gestures of a Christian,” said Padre Manuel Aviles, OFM, speaker for the Missions of Peace talk on Feb. 8.The event began at 9 p.m. in the Gentile Gallery.

Highlighting this year’s theme to “Do whatever he tells you,” Aviles explained that when one lets the Lord work in the ordinary things and those ordinary moments, God will help that person see the extraordinary.

Aviles explained how the moment a person stops saying “my will be done” and starts saying “thy will be done,” he or she discovers the purpose in life that only that person can fulfill. Aviles dreamed of becoming a professional soccer player, and did so in his home country of Puerto Rico, but he still had an emptiness inside.

Aviles received the call to his vocation on a retreat. He was leading a group of teens on a retreat and at the end of the retreat asked if there was anyone feeling called to religious life, but no one came forward. Then he heard God’s voice say, “You cannot ask for what you are not willing to give.”

Senior Elizabeth McNulty volunteered for a demonstration where Aviles showed how God resists the stubborn but gives grace to the humble. He asked her plant her feet firmly on the ground and resist him trying to push her. “Resisting isn’t actually stopping but moving back,”said Aviles.

McNulty said, “I was just loving him up there and he was just so magnetic and I wanted to be close to his hand. I didn’t think that I was going to be picked.”

“What a blessing to be at Franciscan!” Aviles said explaining how this is this third time here and joked about how “he was not a fan of the weather,” explaining how just like he prefers the beaches and warmer climates of South America, but said, “I am not here to be comfortable and neither are you.”

Freshman Lauren Krawczyks agreed, saying we need to “let Him do the extraordinary in the ordinary moments.”