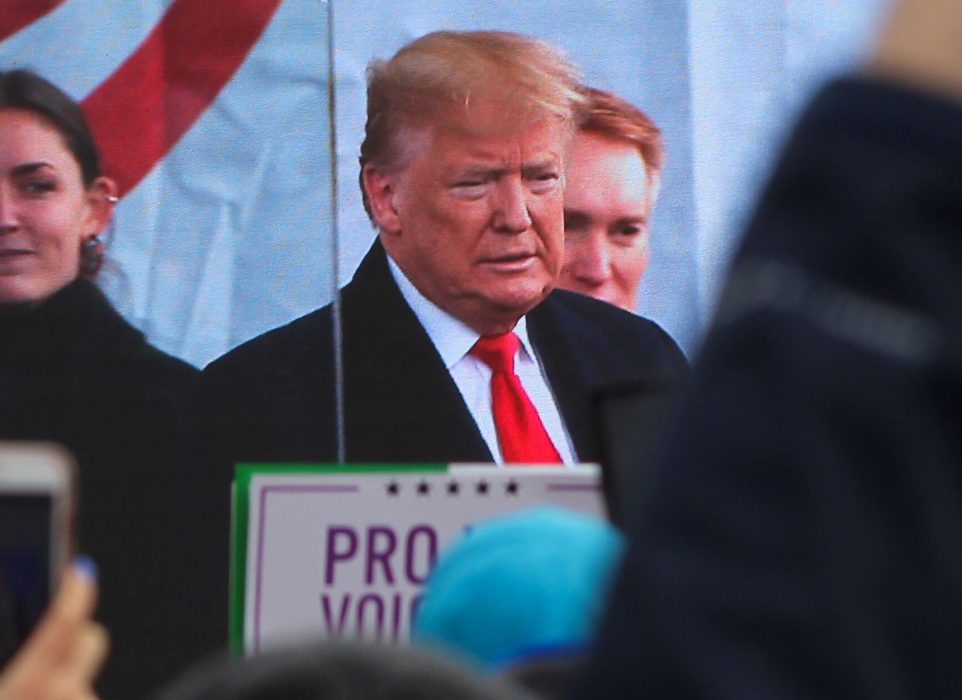 President Donald Trump made history at Friday’s 47th annual national March for Life when he became the first president of the United States of America to speak in person at the event’s rally.

The Washington, D.C., March for Life began with a concert at 11 a.m. followed at noon by a rally which featured prominent speakers, including Trump and two abortion survivors. After the rally, tens of thousands of people from across the United States marched along Constitution Avenue toward the Supreme Court building.

Shortly after noon, a video of Vice President Mike Pence and his wife Karen Pence was played. The Second Family, who had recorded the video within the past few hours, had just come out of a meeting with Pope Francis in which they expressed gratitude to him “for all that he and Catholic Americans have done to defend the sanctity of human life throughout the history of this movement.”

After the video message from the Pences, President Donald Trump came to the stage in person to the song “God Bless the USA.”

“It is my profound honor to be the first president in history to attend the March for Life,” said Trump. “We are here for a very simple reason: to defend the right of every child, born and unborn, to fulfill their God-given potential.”

Though Trump became the first president to address the March for Life via video in 2018, he spoke poignantly to the crowd in person this year.

“All of us here today understand an eternal truth: every child is a precious and sacred gift from God,” said Trump. “Together we must protect, cherish and defend the dignity and the sanctity of every human life. When we see the image of a baby in the womb, we glimpse the majesty of God’s creation.”

Trump also addressed the youth of the rally specifically: “Young people are the heart of the March for Life, and it’s your generation that is making America the pro-family, pro-life nation.”

Following the president’s speech, many other speakers addressed the crowd, including two abortion survivors.

After the powerful speeches, the thousands gathered — including over 400 Franciscan University of Steubenville students — marched peacefully to the Supreme Court building with banners and prayers.

This year’s march was memorable for many people. Sophomore Niki Mallinek said that she was “incredibly grateful” to attend her first March for Life and that “being surrounded by so many other pro-life supporters — especially so young — was inspiring and encouraging.”

“It was also an honor to have witnessed the first March for Life rally where our president spoke!” Mallinek said. “We want to give a voice to the unborn, and Washington heard.”

This year’s March for Life theme was “Life Empowers: Pro-Life is Pro-Woman.” The next March is scheduled for Friday, Jan. 29, 2021.