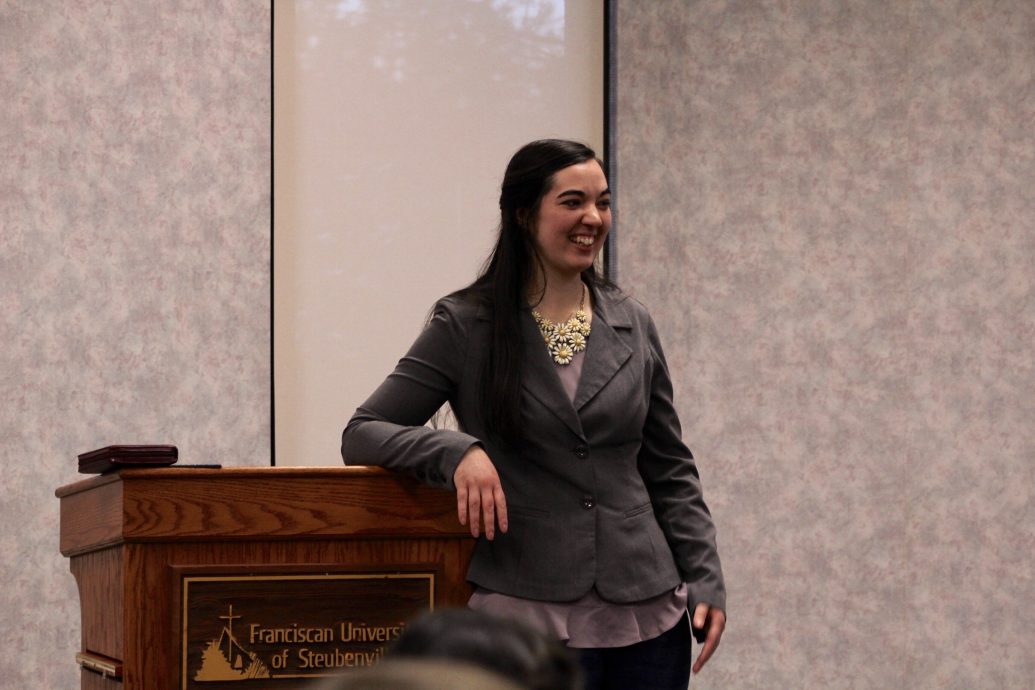 On Monday, March 26, students came to the International Lounge to hear from visitors who had ministered in Alaska about what it takes to endure the cold north as a missionary.

Melody Doudna, an alumna of Franciscan University of Steubenville, led the event and encouraged students to join the mission to Alaska that will begin this August.

Doudna established a catechetical mission in northern Alaska in August 2018, and she attributed her inspiration for the mission to Mark 1:38: “Let us go somewhere else to the towns nearby, so that I may preach there also; for that is what I came for.”

According to Doudna, the Catholic Church in Alaska struggles to connect and minister to all the communities, especially to the villages far into the wilderness. Since the state has a limited number of priests, she explained, the Alaskan Church benefits from the mission’s services of ministering to the Catholics and evangelizing the rest of the community.

“We are there to help support the priests and go where they can’t,” said Doudna. The mission team helps bridge the gap between the people in towns with established churches and the people in villages without any ministerial support.

Doudna explained that depression, suicide and alcoholism are prevalent among Alaskan residents. To diminish these afflictions, the mission team helps create environments which nourish community and camaraderie.

This past year, there were four young women on the team who have served both youth and young adults through hosting retreats, weekly Mass and adoration, and social gatherings.

While this year has been a trial run for Doudna and her team, she hopes to gain further support and interest from Franciscan students so that this needed mission can continue. “What I admire about Franciscan students is their love of mission and spreading the faith,” she said.

Olivia Holijarvi, a sophomore nursing major, was intrigued by the talk, saying, “It just seems really cool to go to such a wild place and to be with the people there and know the people.”

Next year, the mission will last from August 2019 until June 2020. Contact melody.doudna@gmail.com for more information.