Poetry enthusiasts gather for a night of saints and spooks 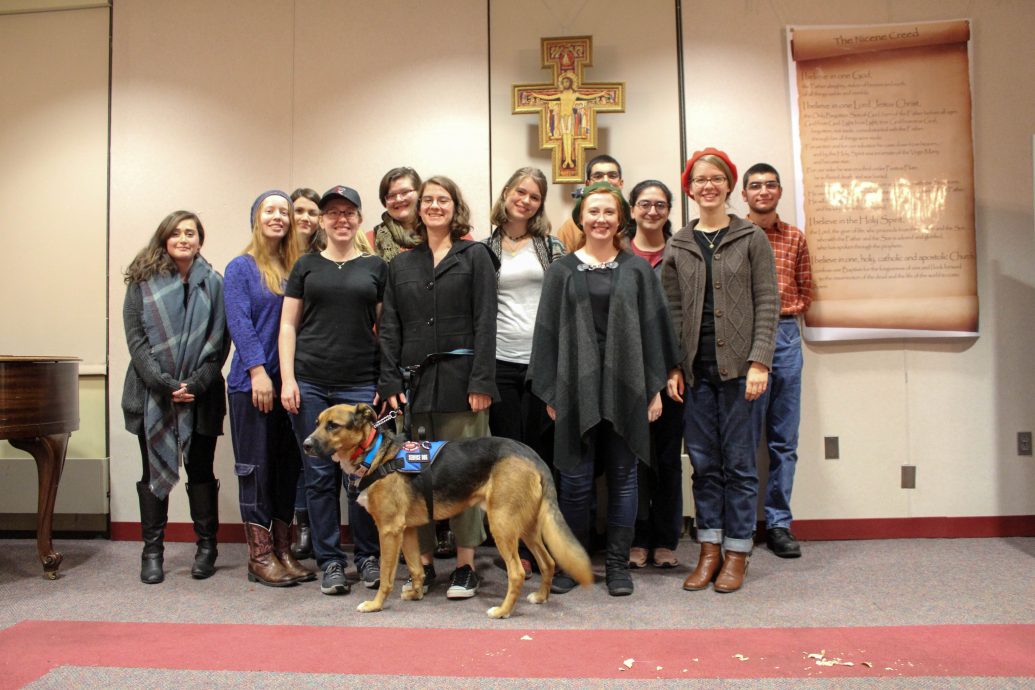 Despite Saturday’s cold, drizzly atmosphere, poetry enthusiasts gathered from around campus on Oct. 27 at 7 p.m. to share a lyrical evening together in honor of Halloween’s approach.

Senior Erin Baxley, president of the university’s English Honor Society, is on a mission to revitalize the society’s presence on campus and was thrilled to open its first event of the year. Baxley introduced the night’s theme of “Saints and Spooks” and opened the floor for the first selection.

Tatiana Emilia Philip-Therese Federoff, senior, took to the podium to give the inaugural recitation, Phyllis McGinley’s “The Thunderer,” a comic poem about St. Jerome, famous translator of the Vulgate and saintly curmudgeon.

Over the course of the event, all of the attendees contributed a poem. Other saintly selections included “All Souls’ Night” by Hortense King Flexner and “St. Lawrence” by Joyce Kilmer.

However, at this Hallows’ Eve event, the saints were all but outnumbered by the “spooks,” including “The Little Ghost” by Edna St. Vincent Millay, Edgar Allen Poe’s “The Sleeper,” “The Hollow Men” by T.S. Eliot and Mary Howitt’s “The Spider and the Fly.”

After the readings, the attendees chatted and enjoyed refreshments, including homemade blondies and peanut butter cookies which prepared their sweet teeth for the upcoming holiday.

Niamh-Marie Batstone, junior, commented, “I loved the variety of poems and the exposure to different genres, especially towards poems that I never would have normally heard before.”

Senior Maria Hummel also remarked on the unique selections, saying, “There’s a lot of poems that I have never heard before, and I have a new appreciation for poetry.”

Overall, the attendees enjoyed the opportunity to share some of their favorite poems and celebrate both the secular and liturgical aspects of the upcoming season.