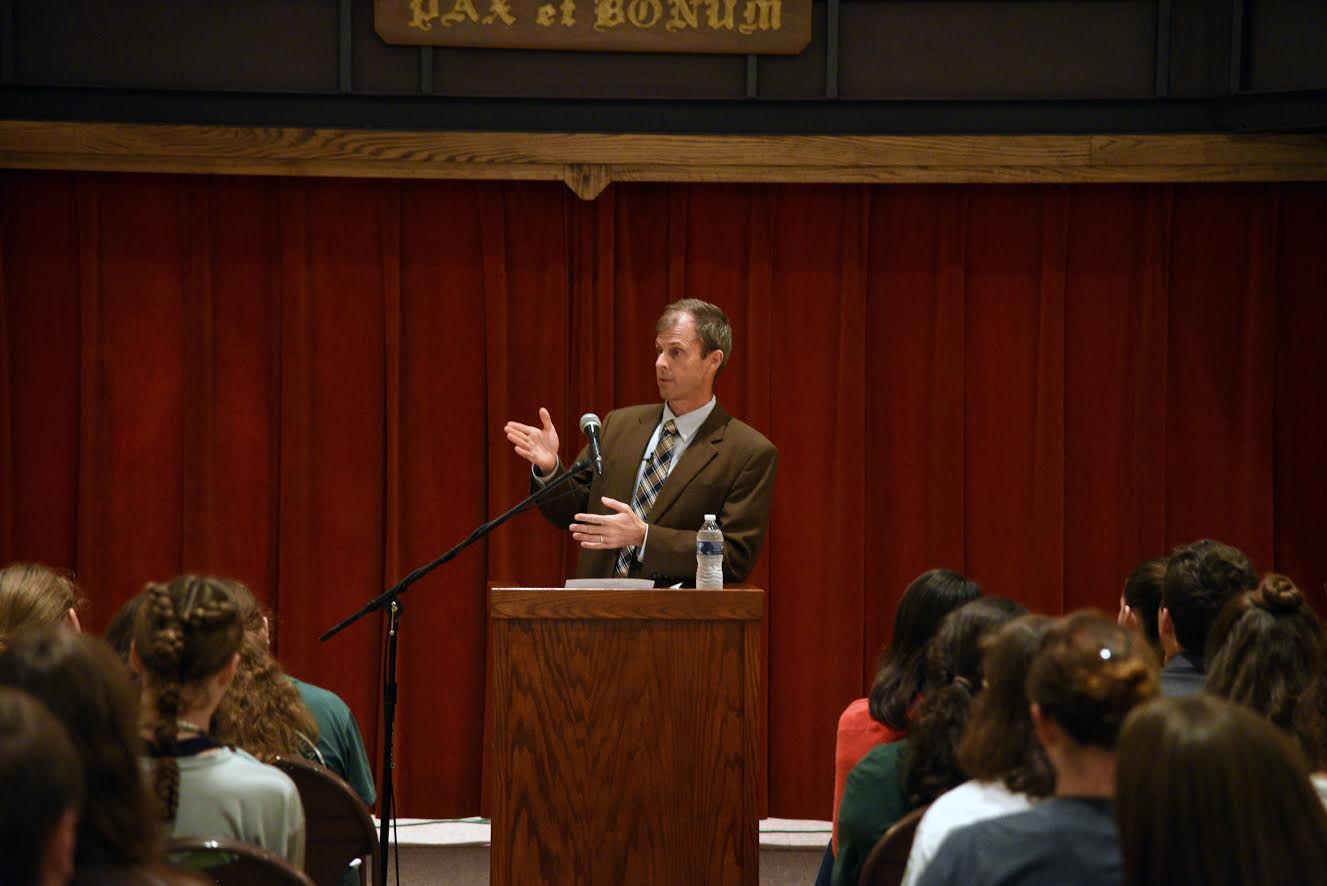 The crowd gathered in the Gentile Gallery on Monday night was called to higher levels of friendship by understanding its relationship to sexuality.

“Friendship is a treasure,” began John Cuddeback, who holds a doctorate in philosophy, in his talk entitled “Challenges in Friendship Today.”

Cuddeback spoke on three main areas: what true friendship is, how chastity pertains to friendship and friendship as it is connected to same-sex attraction.

Frequently referencing Aristotle as an authority, Cuddeback said people are united by a shared commitment to a higher good, and, in deep friendship, the friend will become another self. This was met by murmurs of approval from the audience.

Cuddeback went on to say that sexual attraction can hinder this commitment because it distracts from the desire for the other’s ultimate good. The key to having a pure friendship with someone despite romantic feelings is chastity, Cuddeback said, and this is especially true for those with same-sex attraction.

Cuddeback stressed both the definition of chastity as a movement toward virtue, rather than a movement solely away from sin, and the necessity of separation in cases of unfulfillable romantic feelings.

“Sexuality can express who we are as people, but who we are does not need to be expressed through sexuality,” said Cuddeback in conclusion.

Cuddeback is a philosophy professor at Christendom College and the author of “True Friendship: Where Virtue Becomes Happiness.”

The talk was the fourth in this semester’s Human Sexuality Symposium. On Sept. 21 at 9 p.m. in the Gentile Gallery, Fight the New Drug will discuss the effects of pornography on the brain, and the symposium will wrap up with three final talks next week.