Persecution should not persist in perpetuity 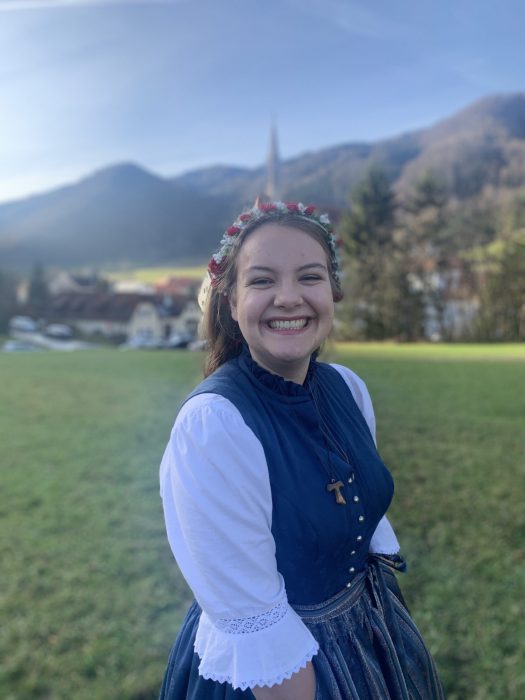 Welcome to spring 2022! It’s all going so fast, isn’t it? In only a few weeks, so much has happened this semester.

I got a text a couple weeks ago from my old boss, telling me she was in town to moderate an academic lecture the next day. Because I interned for her virtually over the summer, this was my first time at an event in-person with Kathryn Jean Lopez, senior fellow at the National Review Institute and editor-at-large of the National Review.

She was interviewing Stephen Rasche, a senior fellow for international policy at the Religious Freedom Institute in Washington, D.C., who has spent several years with persecuted Christians in Iraq. The two have worked together on previous projects concerning religious freedom in oppressed countries, and this lecture saw the pair presenting several personal video messages from Nigerian bishops Stephen Dami Mamza and Matthew Kukah.

Via video, these two bishops begged the students of Franciscan University of Steubenville to pay attention to and talk about our persecuted brothers and sisters in Nigeria, where Christians disappear without notice and reappear without their arms or legs or lives.

During my internship last summer, I was horrified to read about the blatant and well-known genocide of Uyghur Muslims in parts of China, where over a million members of this religious-ethnic minority are currently being separated from their children and detained in death camps.

I used to wonder how Adolf Hitler got away with the Holocaust until I realized that people can do evil things no matter the time period. No one wants to confront evil in the face and risk getting hurt themselves.

Instead, I’ve been disgusted to realize that there are people and regimes that still treat people the way I learned about in school when I was learning about horrible things that I thought only happened “in the past” before we as human beings “knew better.”

But Jesus Christ told us 2000 years ago to love our neighbors as ourselves. What’s our excuse for not having figured it out by now?

I’m not really sure how to give a takeaway about something this heavy and depressing, but let’s try for a little hope.

During their lecture, Lopez asked Rasche, “As Americans and students, what can we do?”

After finals and graduation, senior Alex McKenna is leading Franciscan’s forces on a three-week summer mission trip to Erbil, Iraq. They’ll teach in the local Catholic schools and witness to our shared faith on the compound where Christians are safe from Islamic violence.

For those of us who can’t go abroad, we can pray for our persecuted brothers and sisters throughout the year and raise awareness for the reality of religious persecution in our day and age. Contrary to my Catholic homeschool history books, persecution didn’t end with Rome, but maybe some of it could end with us.