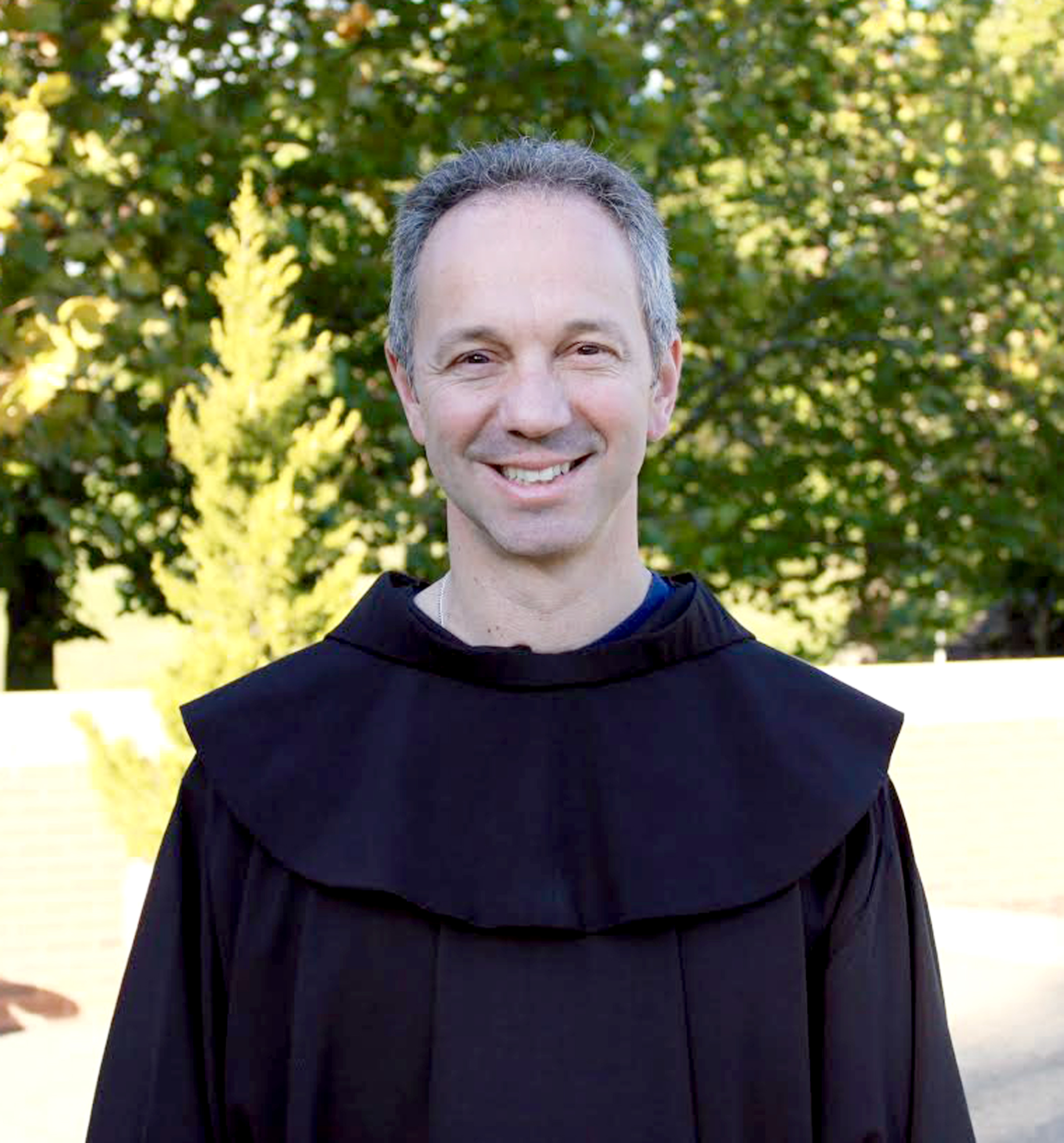 True basketball players never let their clothing inhibit their game, even if that clothing happens to be a friar’s habit. The Rev. Rick Martignetti, OFM, is no exception.

When’s he’s not joining a game of pickup basketball on campus, Martignetti, the pastoral associate to households, provides insight and spiritual guidance to households and their members. “It is a favorite job of mine,” he said. “I love young people who take their faith seriously.”

“I love my vocation. I feel so honored and humbled,” said Martignetti. “Every day is filled with blessings.” He said that the wonderful opportunity to help students “hear the voice of the Lord” is one he cherishes.

On one hand, Martignetti, sees nothing wrong with the way households operate. If anything, he said he hopes to see “more of the same, with more reaching out.”

On the other hand, Martignetti intends to build upon the foundation of household formation, laid by household directors before him. “Households are here to witness, evangelize, welcome, and serve. They aren’t closed clubs.”

Martignetti said that maintaining the correct image of household is crucial taking prayer from “from a commitment to a love affair with the Lord.” He said that an individual’s prayer life stands to gain from the close-knit environment that household life provides.

For his part, Martignetti intends to use his pastoral role to further that end. “I’m trying to visit every household during the course of the year.” He also meets weekly with the household council and with household coordinators.

“I’m also trying to make sure that each household has an active adviser,” said Martignetti. “We want to assist the advisers in every way we can.”

Martignetti understands his pastoral role at Franciscan University to be the next step in a faithful life. The native Bostonian, proud of his Italian-American heritage, lived for nine years in Rome where he studied for his doctorate in theology.

While there, he taught at the Pontifical University Antonianum, and developed an interest in the spirituality of Saint Bonaventure; Martignetti has two books published on the subject, both available in the university bookstore.

At Franciscan University, when he’s not playing basketball, riding his bike or playing cards, Martignetti fully embraces an atmosphere of authentic faith. He said that Franciscan renews his hope for vibrant life in Christ. “I’ve preached that you can have fun and live in a Christ-centered community. I’ve found that at Franciscan.”

Martignetti loves coming to work. Despite busy days where “something is always going on,” he said he can daily convey the beauty that is a Christ-centered life.

Through it all, Martignetti finds only one drawback to his new position. “My only regret is that I can’t meet everyone,” he said. However, he said he can’t see himself anywhere else. “I’m so grateful to God for calling me here,” he said.

Twenty-five years a friar and 19 years a priest, Martignetti now begins a new chapter of his religious life at Franciscan University. If his first three months on the job can serve as any indication, his stay can only bolster an already strong household presence on campus.