Panelists discuss how to take lessons from war, justice 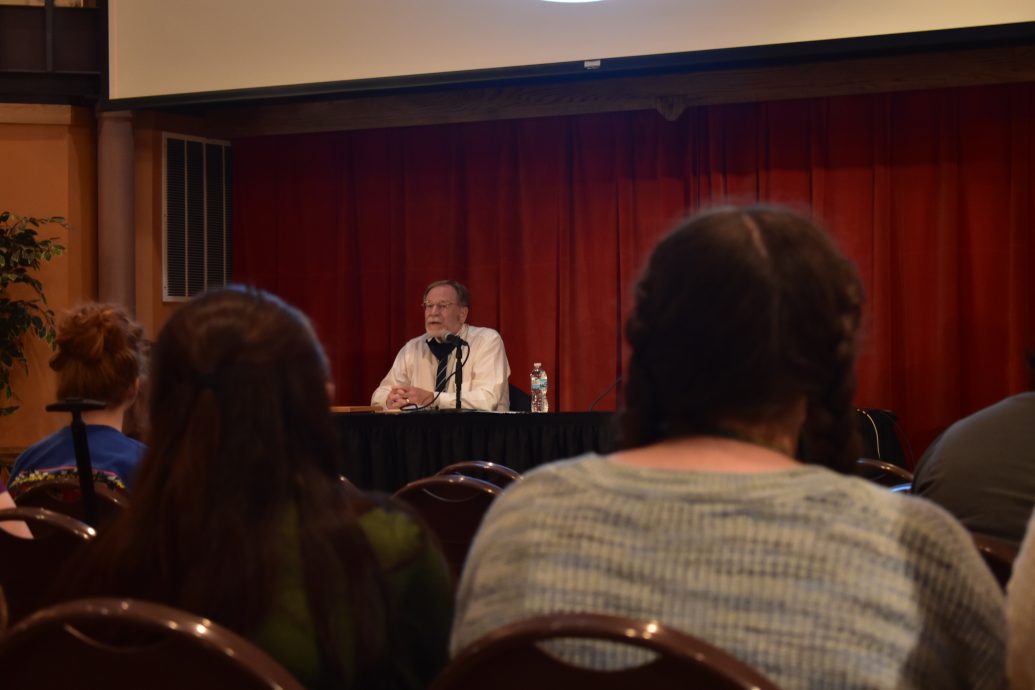 At a lecture in the Gentile Gallery Friday, a panel of speakers said that cultural healing is necessary to avoid social problems and racism.

Daniel Kempton, who holds a doctorate in political science, and Ricardo Chaparro-Pacheco, director of social work at Franciscan University of Steubenville, gave a lecture entitled “Internal War, Justice and Truth-Seeking: Lessons from South Africa and Columbia.”

The panel focused on what justice means to the people in the foreign countries of South Africa and Colombia.

“We did so many things wrong,” said Chaparro-Pacheco on what his research on the topic showed.

Kempton said that the aftermath of Apartheid, a system of racial segregation in South and Southwest Africa in the latter half of the 20th century, focused on reconciliation. Chaparro-Pacheco said paramilitary groups caused civil unrest.

“Race is often a justification for oppression,” said Kempton.

Reconciliation of the victims and the perpetrators who caused them suffering was what brought both topics together.

The Truth and Reconciliation Commission was created to provide reconciliation between the victims and the perpetrators after Apartheid in South Africa, Kempton said. Perpetrators were called to ask for forgiveness.

“It’s like confession, you’ve got to admit the sin,” said Kempton.

Chaparro-Pacheco said that there was a similar reconciliation system in Colombia, though not as drastic.

In modern times, some claim to still be victimized by what has transpired and still is transpiring, Chaparro-Pacheco said.

“Racial violence is always going to be there,” he said.

During the period of question and answer after the panel, some students asked how they could change as a culture and stop racial injustice.

Kempton said change from racial oppression is an interactive process. He said the government cannot change things on its own, since change can sometimes take decades at a cultural level before moving into politics.