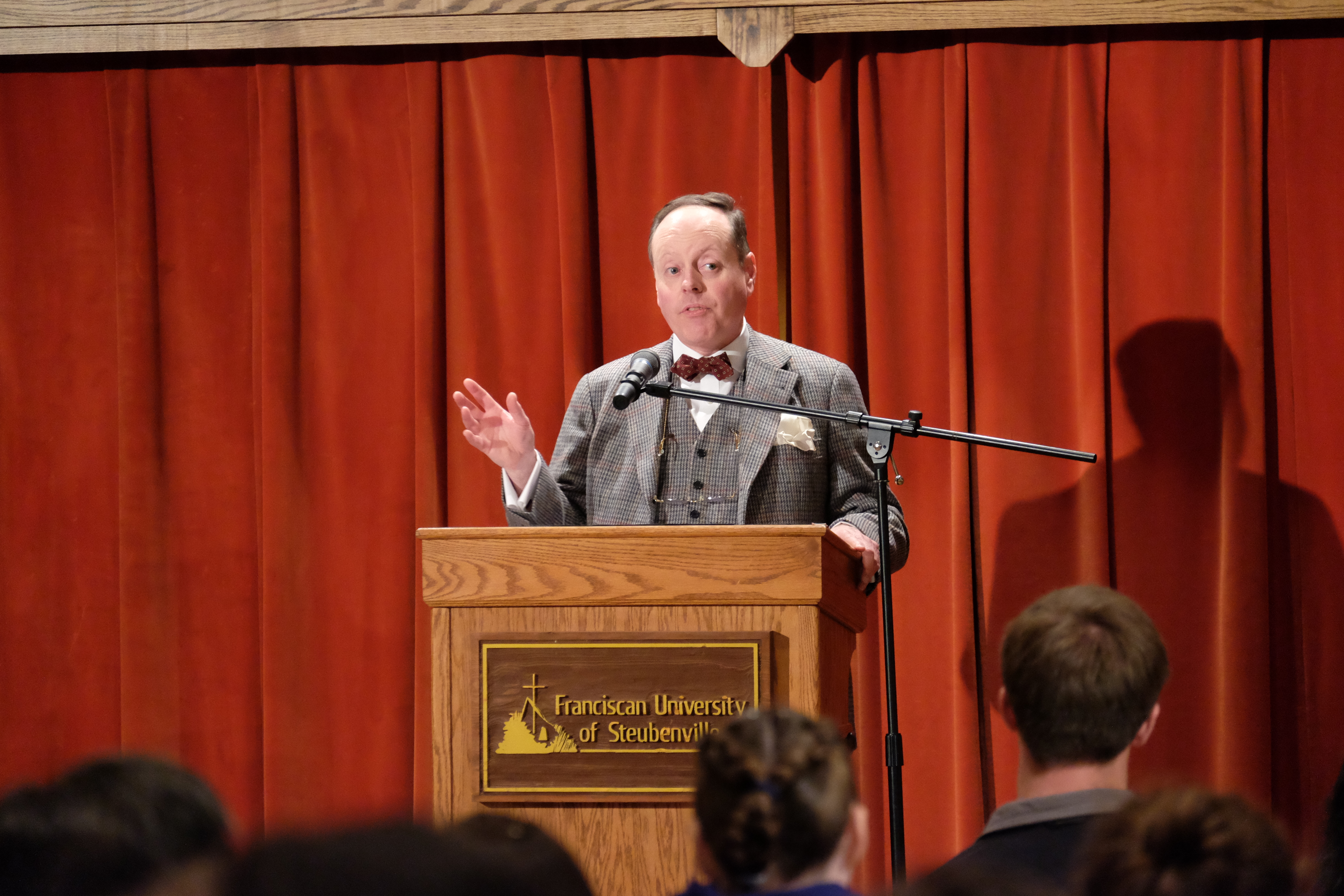 On Feb. 10, the annual St. Edith Stein lecture was given in the Gentile Gallery at 3 p.m., this year discussing the importance of Blessed John Duns Scotus’s interpretations.

The St. Edith Stein lecture is the biggest lecture put on by Franciscan University’s Philosophy Department and was a part of the Spring Lecture Series this year. The Gallery was almost full, with both faculty and students excited to hear about a lesser known medieval philosopher who belonged to the Franciscan order: Scotus.

The name of the lecture was “Causation and Potency: Scotus’s Argument for God’s Existence.” Franciscan’s Philosophy Chair Paul Symington introduced the guest speaker, Richard Cross. Cross, who received his doctorate in philosophy at Oxford University and currently teaches philosophy at Notre Dame University, is an expert in medieval philosophy and theology. He has a particular interest in Scotus and his arguments. Cross spoke on one of Scotus’s proofs of the existence of God.

Cross spoke on and off about Scotus’s argument in St. Thomas Aquinas’s ‘First Cause’ argument, that things which happen in the world must be caused by something else, and Aquinas argued there must be a ‘Primary, Unmoved Mover’ who started everything. Scotus takes this conclusion and builds and adds to it with ideas on ‘Objective Potency’ and ‘Actual’ Being.

The crux of the talk was on the fact that there is some ambiguity in what Scotus meant in the conclusion of the argument. Cross examined and explained what the two sides are and why they hold their positions.

The talk concluded with a brief Question and Answer session, where several members of the Philosophy Department asked Cross hypothetical questions to further examine Scotus’s views.

After the talk, Leticia Cruz, a senior theology major, commented that the talk had been “intriguing, but I found it more complicated than Thomas Aquinas’s five ways.”

Mahto Fast Horse, a senior theology and philosophy major, said, “The doctor (Cross) clearly has read and knows his material. A lot of it went over my head because I haven’t read it.” But Fast Horse did feel that overall, “it was a good talk.”

Even with some of the students wishing they had more prepared for the talk, it did encourage some of them to go and learn more about Scotus. Scott Peters, a senior theology major, summed up the the interest in the talk well: “Many of the professors here are Thomists, and it was interesting to learn about a Franciscan thinker.”

2018-02-14
Previous Post: Conservative Column: “50 Shades,” #MeToo and the hypocrisy of the Left
Next Post: Women’s ministry focuses on authenticity and self-awareness